Once prohibited, Bitcoin is suddenly enormously popular in China—specifically among members of government, who, an increasing number of cryptonerds and observers believe, are aiming to use a state-issued coin to spread Chinese influence and project Chinese power abroad.

Last week, a full-throated endorsement of Bitcoin as “the first successful application of blockchain technology” splashed across the front page of state-run newspaper Xinhua. As the UK Independent noted, this is a swift and “significant shift” in attitudes for a government that, two years prior, had banned its citizens from buying any type of cryptocurrency with Chinese yuan (a prohibition that did nothing to stop intense interest in Bitcoin and Bitcoin mining).

The puff piece in Xinhua was one example of the torrent of pro-crypto content flowing in China since President Xi Jinping, China’s (unelected) paramount leader, gave a speech praising blockchain as “an important breakthrough” in which China would “seize the opportunity.” Since then, Chinese state censors have scrubbed from the internet posts warning of blockchain scams. As internet expert and University of Pennsylvania professor Kevin Werbach wrote in Wired, Chinese investors have responded by snapping up coins of all types and launching 500 different blockchain projects.

Perhaps most significantly, China’s central bank is working on a “Digital Currency Electronic Payment System,” a sort of fiat Bitcoin. Chinese bankers plan to launch the Chinese cryptocurrency sometime next year. In stark contrast to how coins in Western countries are used—they’re essentially stocks or other speculative commodities that only have “value” in relation to cash (as opposed to other commodities) and must be exchanged into cash before they can be used to purchase things or pay taxes—Chinese citizens and those doing business with the state would be able to use a “native digital currency” instead of cash.

Bitcoin exchanges are still banned in China, but why would China reverse itself so quickly? Power.

A cashless economy is a command economy—more command than even China’s brand of “state capitalism” has enjoyed. As TechCrunch observed, 82% of Chinese adults made digital payments in 2017. If all transactions were digital—and all transactions used a state digital currency—there would be no exchange of goods or services for money without government knowledge and potential disruption.

It’s a domestic power move, but it also lays the groundwork for a power move with significant geopolitical implications. If China was the “first major economy to adopt a native digital currency,” as Werbach wrote, China could force other countries to similarly go digital. China could mandate payments from nations with Chinese power plants or other infrastructure improvements built under the “Belt and Road” initiative be in the Chinese digital currency. Enormous companies doing business in China could be similarly forced to adopt, or lose access to Foxconn factories or resources.

Instead of freeing internet anarchists from the strictures of governments and banks, cryptocurrency could be used as a technique to bind all peoples to an ascendant power with known global ambitions—just one more aspect of China’s ongoing influence onslaught.

This is exactly what China is planning to do, according to no less of an expert on China than Mark Zuckerberg. Zuckerberg, who taught himself Mandarin and executed a charm offensive of his own in the hopes that China would drop its firewall and allow Facebook access to its last untapped market—it didn’t—warned a Congress still angry at Zuckerberg for his company’s crimes against democracy that a Chinese-backed Bitcoin could be the death blow for America’s longstanding “dollar dominance,” in which global trade and finance are still tied to the dollar. Congress didn’t appear to listen and preferred instead to ding Zuckerberg for his company’s efforts at launching the Libra, a Facebook-branded (semi) cryptocurrency.

But as Harvard professor Kenneth Rogoff wrote in The Guardian, seeing legal markets shift to a “Chinese Bitcoin” is far less likely than underground markets embracing the coin. Currently, terrorists and drug-runners and other malfeasors using Bitcoin or other currencies to evade authorities—that’s at the heart of the anarchist’s ethos on which blockchain is built, after all—might shift to the Chinese-backed currency, and China would be less apt to halt them if their aims coincided with the aims of the Chinese state.

But that’s just in the short-term.

"China Wants World Blockchain Dominance". Doesn't matter. No country can dominate the Blockchain without co-operation of the people, and we have our own crypto – created by our geeks, not our governments. It came from the people and it is for the people.https://t.co/CHLN9K3VSd

You don't have to use it.

Take tech pioneer and known eccentric John McAfee’s skepticism at its worth. McAfee, a computer programmer who was found “legally liable” for the 2012 death of his neighbor, keeps his assets, whatever they may be, in a form that the government cannot seize. Cryptocurrency, and cryptocurrency promotion, is how McAfee stays on the lam from U.S. tax authorities. “You don’t have to use it” is the current state of play for any coin, Chinese or otherwise. Once that changes, so does the power dynamic—and this is a future that China has surely considered. 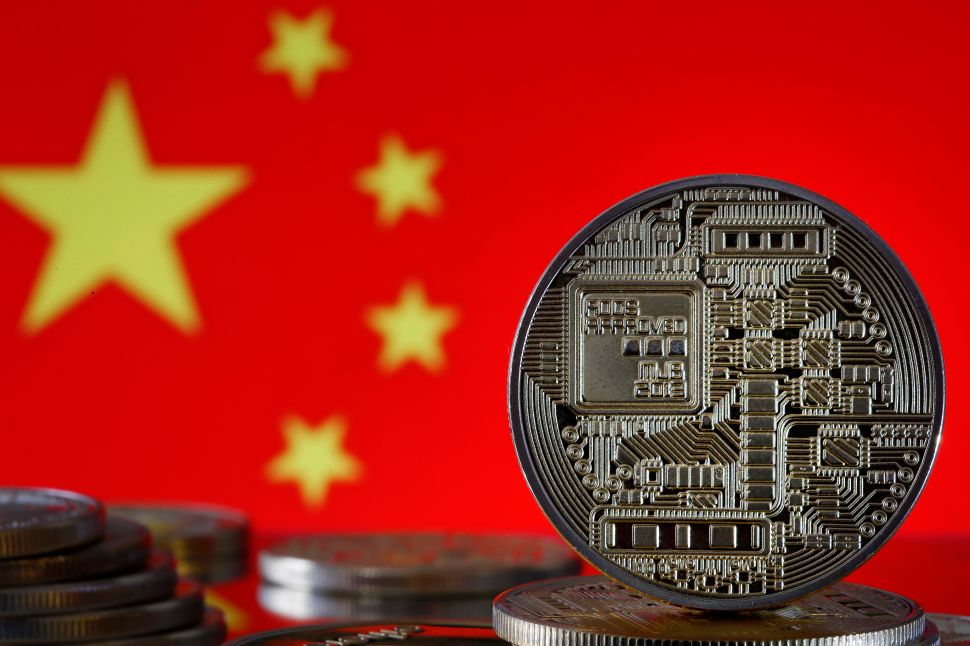