If you have paid even the slightest attention to the job market lately, you might have noticed a stirring trend in hiring these days: every recruiter, from large corporations and tiny startups alike, is looking to fill a position called “data scientist.” If you take a closer look, it’s likely that some of your friends with no science background whatsoever have already caught up with the buzz and have rebranded their professional selves as data scientists on LinkedIn.

The term “data scientist,” virtually unheard of just a few years ago, now returns over 25,000 results on LinkedIn’s Jobs page—that’s a solid 2,000 more than the search results of the universally trendy “financial analyst” (at least to us New Yorkers).

SEE ALSO: Key to Defeating Big Tech? Tell Users How Much Their Data Is Worth

Why the sudden surge of interest? And what does that even mean, as in, what do data scientists do? I took these questions to the person who I figured is most qualified to answer them: the guy who coined the term “data scientist.”

DJ Patil, a former LinkedIn executive (from 2008 to 2011) who later served as the White House’s chief data scientist under President Barack Obama, is known as the first-ever data scientist in the U.S. His government role was created as part of a sweeping digitalization effort within the administration led by Obama, but the choice of words used to describe this role were decided during his days at LinkedIn.

“I was at LinkedIn building the data team, and Jeff Hammerbacher [co-founder of Cloudera] was bustling at Facebook’s data team, and we would collaborate and compare notes sometimes. One of the things we realized was that we didn’t know what to call ourselves,” Patil said in an interview with Observer last month.

“Do you call yourself an analyst? It feels too Wall Street. A research scientist or statistician? Feels too academic,” he recalled. “But because I was working at LinkedIn, I just tested all the job titles we could think of to see which one would get the most interest from job applicants. Turns out that everybody wanted to be a data scientist, so we’re like, OK, that is what we will call ourselves.”

The title sounds sophisticated and just vague enough to transcend industries and be taken seriously, even by people who have no idea what it is.

“I think the fundamental reason it has taken off is because people aren’t really sure what it means. And that’s the power,” Patil said. “When you label yourself as something, people also label what you are not supposed to be. So, when you are in a room and say you’re a data analyst, they are going to think you are not supposed to be at these levels of meetings. But when you say you are the data scientist, they’ll be like, thank goodness we have the smart people here.”

The ride of demand for data scientists is partly due to the unprecedented abundance of data we have accumulated in the age of the internet, which has fueled a boom of big data-related jobs in various industries. The sexy-sounding job title has made it easy for recruiters to put up job ads and convenient for job seekers to promote themselves. But its inherent ambiguity has also drawn criticism from those who are confused about what it actually means.

Clint Chegin, a product manager at career site Indeed, expressed his frustration in a Medium post titled, “There’s No Such Thing as a Data Scientist.”

“I am generally opposed to trying to define it too rigorously,” Patil said. “The important thing is how you use data to interact with the world, study it and try to come up with new things.”

“Some of those things are new products, like a self-driving car or your weather app. Others are data analyses used to help people make assessment for everything from loans to health care decisions,” he continued. “There are all kinds of data scientists. Maybe the title survives and maybe it turns into something else. But I think the most powerful thing here is that we are using data in novel ways to build things.” 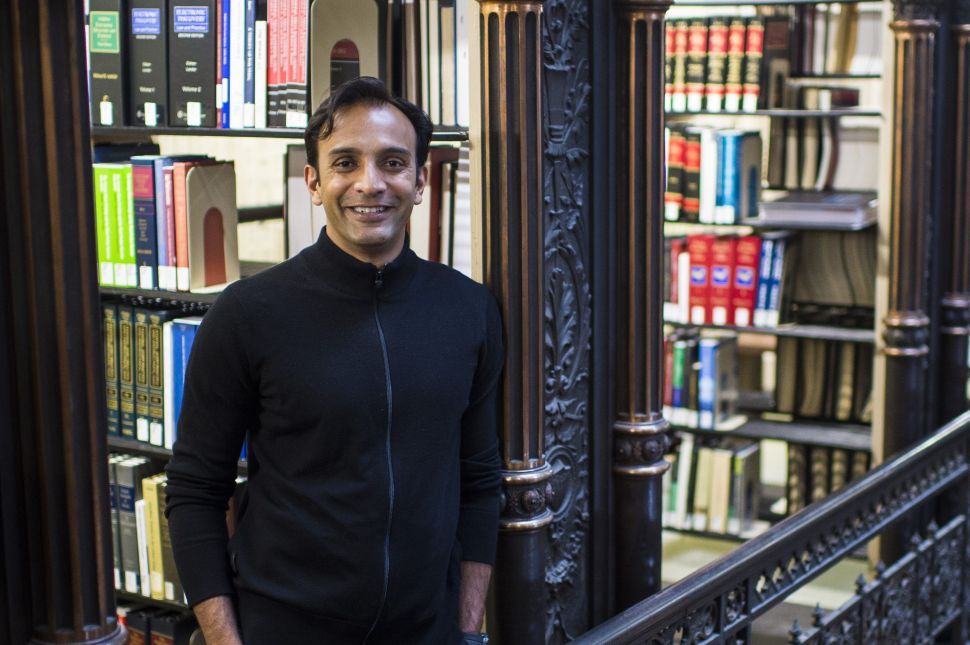