Marvel is the single-most consistently successful creation in Hollywood history. Across 23 films, the Marvel Cinematic Universe has grossed more than $22.5 billion worldwide. That total includes the record-setting $2.78 billion collected by Avengers: Endgame to become the biggest film of all time in unadjusted box office dollars. But commercial success isn’t Marvel’s only mark of distinction. Black Panther scored the superhero genre’s first-ever Best Picture nomination at the Oscars last year and Disney is preparing a strong push to snag Endgame a similar honor. Clearly, Martin Scorsese-scuffles aside, the majority of audiences love these movies. But does that love have a limit?

Genres tend to be cyclical in Hollywood and while the superhero bubble isn’t close to popping, Marvel will test audience endurance as it dramatically expands its output moving forward.

In early 2018, we questioned whether Disney was setting itself up for failure by thinking too big with Star Wars. Following the divisive reaction to Rian Johnson’s The Last Jedi and the costly loss on Solo: A Star Wars Story, a handful of planned spinoff films have either been outright cancelled or redeveloped as Disney+ series. Disney CEO Bob Iger announced on the company’s earnings call last week that after December’s The Rise of Skywalker, the Star Wars movies will go on an undetermined hiatus. In September, he even said that the studio might have “put a little bit too much in the marketplace too fast.”

In 2008, the MCU launched with two titles: Iron Man and The Incredible Hulk. For the next nine years, the studio released between one and two films per year. Since 2017, fans have been given three Marvel movies per year. That increased output has been met with glowing results; five of the studio’s last six features have crossed the $1 billion mark. There’s no evidence to suggest a downturn in the immediate future. Next year, Marvel will release just two movies (Black Widow and Eternals), but the slate is bolstered by fall’s premiere of Falcon and the Winter Soldier on Disney+. After that, MCU activity will aggressively ramp up.

“Marvel has been successful at systematically expanding their cinematic universe by introducing new characters and incorporating different genres into their superhero formula,” Kendall Phillips, a professor at Syracuse University’s College of Visual and Performing Arts who teaches Rhetoric of Film: Marvel Cinematic Universe, told Observer. “But, after the climactic events of Endgame and the coda of Spider-Man: Far From Home, there will not be a Marvel film on the big screen for almost a year. The strategy seems to be to use Disney+ as a bridge to maintain fan interest. This might be a risky strategy as the small screen adventures might oversaturate the market and also might detract from the scale and spectacle that are key qualities of the MCU.”

2021 will feature Marvel’s first-ever four film-year with Shang-Chi, Doctor Strange and the Multiverse of Madness, Spider-Man 3 (technically a Sony release, but still an MCU picture), and Thor: Love and Thunder. On top of that, four MCU-set Disney+ series will premiere and impact the Marvel’s big screen stories, according to studio head Kevin Feige. WandaVision (spring 2021), Loki (spring 2021), What If…? (summer 2021) and Hawkeye (fall 2021) will continue the studio’s colonization of blockbuster TV.

Looking beyond 2021, Feige must still find the time to release features such as Black Panther 2, Captain Marvel 2, Blade and movies for the X-Men and Fantastic Four. At the same time, Marvel must also debut previously announced Disney+ series such as Ms. Marvel, Moon Knight, and She-Hulk. That’s a whole lot of Marvel. Superhero fatigue is a myth, but notable names have spoken out against the all-consuming franchise filmmaking that studios have embraced.

Jennifer Lopez acknowledges that it’s tough to make movies that aren’t Marvel-adjacent these days. “First of all, it’s hard to make a movie, period,” Lopez told Variety. “It has to be a Marvel comic or some crazy franchise thing but the smaller movies about humanity and people and life and struggles, you don’t get that as much unless you do that for nothing and there’s no budget.”

Jennifer Aniston similarly doesn’t want to rely solely on CGI spectacle to relay human stories, also telling Variety: “And then you’re seeing what’s available out there and it’s just diminishing and diminishing in terms of, it’s big Marvel movies. Or things that I’m not just asked to do or really that interested in living in a green screen.”

And we all know Scorsese clearly isn’t a fan.

This represents a small but vocal minority. Ticket sales indicate that the general public does not hold the same view, but a growing chorus of Hollywood hitters appear to be gathering. With the Thanos-centric Infinity Saga concluded and the MCU entering a new iteration, a resetting of expectations was no surprise. Not every picture can be a beloved billion dollar grosser, the thinking went. However, the MCU is intent to barrel forward with more, more, more without conceding any ground. 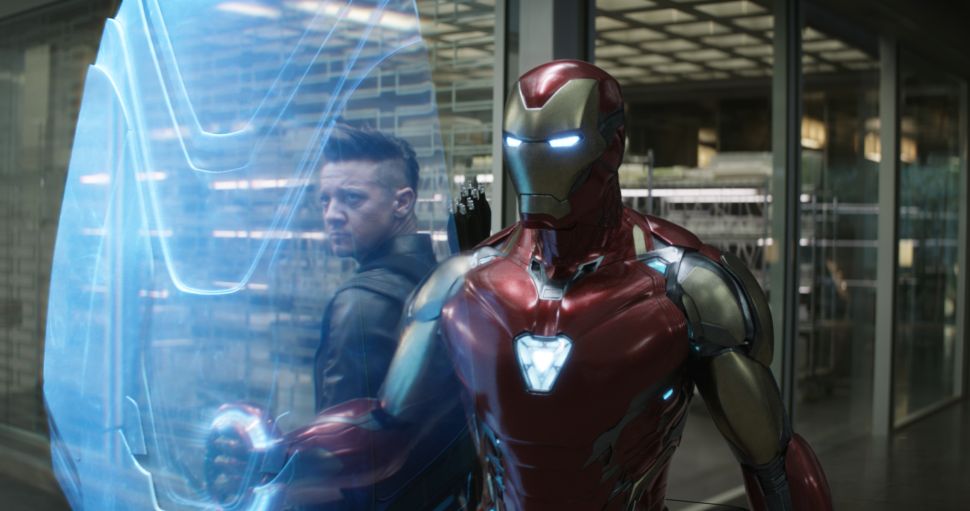