In Rush Hour 2, minor bad guy Steven Reign tells the story of the red dragon. According to him, a small, wealthy village in China hired a young dragon thousands of years ago to guard their treasure in a cave. But the townspeople began sneaking the dragon extra food to make him stronger before he eventually grew so big that he got stuck and the treasure was trapped behind him for all of eternity. Why am I referencing a middling sequel from 18 years ago? Strangely, the story now works as parallel for the overly robust Hollywood business, where unchecked growth threatens the entire industry.

In 2018, the ten highest-grossing studios released a combined 186 films; Netflix hopes to eventually release 90 movies per year all on its own. By the end of this year, more than 500 scripted series will have aired across all of television, a new record that will undoubtedly fall with each successive year. On paper, this all sounds great: more movies and TV shows, hooray! But the problem with these voracious ambitions is that Hollywood is running out of soundstage space to support the rapidly growing production demands of the industry. The dragon is growing too damn big.

Where Did the Problem Start?

Los Angeles soundstage occupancy rates are reaching critical mass, while alternative locations both domestic and overseas are facing similar issues. Skyrocketing real estate prices have made it exceedingly costly for studios to reasonably expand. Available space is shrinking and costs are going up.

Twenty years ago, stage space in Los Angeles was running at 65-plus percent occupancy, according to Paul Audley, president of FilmLA. Today, occupancy rates are routinely topping 90 percent. Why the change?

“The major issue driving the supply/demand situation, both locally and globally, is that the proliferating streamers have generated tremendous demand for available stage space,” Audley said.

The abundance of streaming content flooding the market—which will only grow as Apple TV+, Disney+, HBO Max and Peacock join existing leaders Netflix, Amazon, Hulu and CBS All Access—mixed with improved California state production tax credit programs have brought the L.A. region’s production rates to new heights. But the economics of such a surge are tricky.

Opportunity Zones are a federal tax incentive established by Congress that encourage long-term investments in designated low-income communities nationwide. California Governor Gavin Newsome is in favor of the Opportunity Zone program in a limited capacity that would eliminate incentives for any type of development outside of affordable housing and green energy projects. This will make it more difficult for studios to build additional stages.

Local benefits have been created in several cities and Los Angeles County has established the 30-Mile Zone, which includes tax incentives for applicable productions, but the complicated minefield of incentive-based production remains difficult to navigate within the state. “Everything in California is costing more and incomes are less,” Republican state Sen. Patricia Bates said earlier this year, per CNBC.

Studio expansion is one recourse to provide more soundstage space to meet rising demands, but that carries its own expensive financial obstacles and geographic challenges.

“Skyrocketing real estate and land prices are certainly impacting the situation here in Los Angeles and the Bay Area as well,” Audley explained. “Studios command lots of land for stages, parking (trucks, etc.) and room for expansion. A moderately-sized studio with four to six stages, for instance, could require up to 20 acres of land, exclusive of construction costs.”

What Are the Workarounds?

Despite these obstacles, the demand is so great that studios such as Warner Bros., Quixote Studios, Line 2014 and others will have completed more than 15 new soundstages by the end of 2020 in greater Los Angeles. Globally, expansion efforts are underway in the U.K., yet similar space crunches threaten to cap the upside of these efforts.

The Pinewood Group—which has serviced almost a third of all movies with budgets of at least $100 million since 2010, per Variety—is expanding its U.K. Shepperton Studios, which will eventually see it become the second-largest studio in the world. However, it is reportedly pulling out of its studio partnerships in Atlanta—where much of the Avengers movies are filmed—and Malaysia. Since 2016, Pinewood has opened five new soundstages and plans to add six more by next year. Shepperton plans to build 16 more soundstages in the coming years. Other major studios are building new soundstages in London while rivals lease out L.A. stage space to third parties in order to film in cheaper locations. But despite this push, it’s doubtful that the majority of the industry will benefit.

In September, the Walt Disney Co. struck a long-term deal with Pinewood Studios that will provide the Mouse House with nearly all of its stages, backlots and other production resources for a reported 10 years. The deal is expected to go into effect in 2020 and certainly isn’t great news for rival studios that have previously used the space for marquee series such as the James Bond and Jurassic World franchises. These types of pre-development leases that see studios reserve an abundance of space in advance are becoming more common as the industry attempts to circumvent the increasing squeeze.

Over the summer, Netflix announced a similar deal to establish a production hub at Shepperton Studios. The deep-pocketed streamer also purchased Albuquerque Studios in late 2018 and is establishing production hubs in Toronto (leasing a total of eight combined stages at the Cinelease and Pinewood facilities), Brooklyn (building six stages in a former warehouse), and Pinewood UK (leasing 14 stages for 10 years), per FilmLA.

Consolidating major studio space in the arms of arguably entertainment’s two most successful conglomerates comes at a time in which claims of monopolistic business ricochet off of Disney and Netflix. The competition has been forced to think outside of the box in order to keep pace.

Outside of new purpose-built spaces, studios have resorted to creative re-use by converting “big box” stores and warehouses, as well as other commercial real estate facilities, into soundstages. This is an imperfect solution. Not only is it costly and limiting, but it also impacts the actual production of a project. Blockbuster movies typically need 40-foot stages, while most commercial buildings are 25 to 30 feet and not built to house vast Hollywood sets. Tax considerations have also made areas in the U.K., Eastern Europe (Budapest), and Australia (Queensland, Sydney) attractive destinations, but available space remains a pressing issue and production across the globe is rarely without complication.

Who’s Hurting the Most?

In talking with several studios, one common thread is the struggle to find enough available space to support a big production in one primary location. This has forced studios to scatter production on major tentpoles, proving costly and more logistically complicated than in years past. And if you’re wondering why this deep dive focuses so much on blockbuster productions, it’s because the space issue is hurting Hollywood’s middle class most of all.

“Our best guess at who is being most impacted is the small to mid-size feature,” Audley said. “Micro production would not have been likely to rent studio facilities in the past and continues to work in alternate spaces and on-location.”

Netflix spent $15 billion on content this year alone. Amazon and Apple will spend roughly $6 billion on content each while HBO Max, Hulu and Disney+ will all be spending north of $2 billion. One one hand, that’s $30-plus billion in circulation that did not exist 10 years ago, thus creating a wealth of new content and opportunities for industry insiders and consumers alike. On the other hand, Hollywood must now add the GDP of a small country to its exiting model. All of these studios are fighting over the same finite resources and the model, as currently constructed, does not appear sustainable.

Will Hollywood’s treasure be trapped forever as a result? 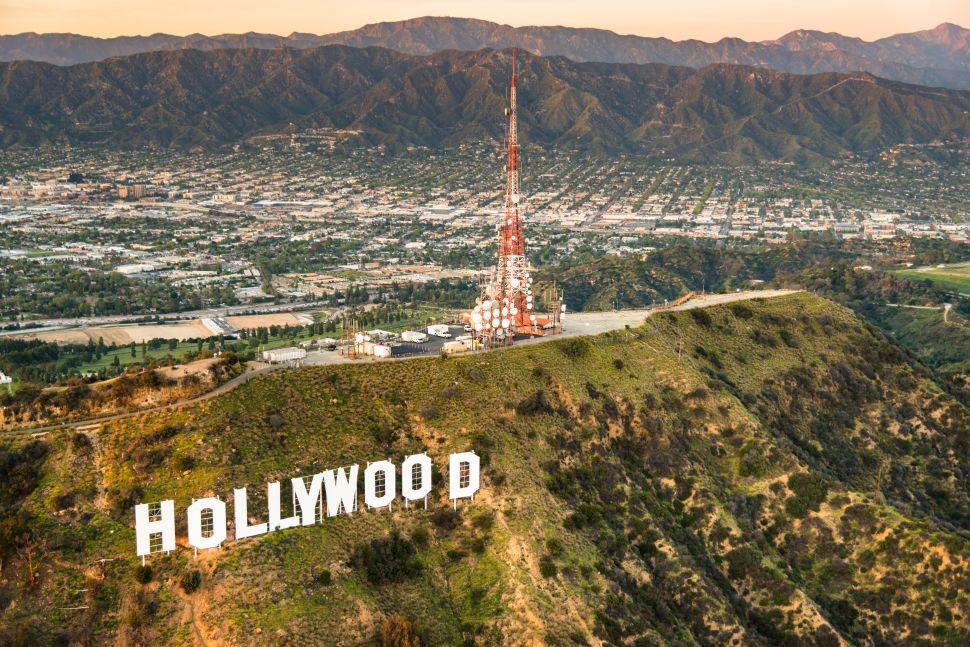