At its core, Disney+ is designed to be enjoyed by both parents and children, thanks to its vast array of inoffensive content. Beloved but carefully polished brands such as Pixar, Marvel and Star Wars position it as the family-friendly streaming service. That is why it’s so odd to see The Simpsons land on Disney+ rather than Hulu.

The driving force behind Disney’s acquisition of 20th Century Fox was to line its pockets with new content that would bolster its streaming endeavors. All of Fox’s adult-skewing material was to be rerouted to Hulu while the family-friendly, four-quadrant offerings were to help lift Disney+. The Simpsons may be an animated cartoon, but it’s been no stranger to criticism and controversy over the years, which makes it an odd fit for the squeaky clean streamer.

SEE ALSO: How Verizon Customers Can Get Disney+ for Free

Most recently, the show has come under fire for its depiction of recurring character Apu Nahasapeemapetilon, the Indian owner of the Kwik-E-Mart voiced by Hank Azaria. The opposition culminated in the 2017 documentary The Problem with Apu, which explores negative stereotypes and racial microaggressions. It arrived after previous accusations of cultural insensitivity sprung up surrounding episodes such as Season 6’s “Bart vs. Australia” and Season 13’s “Blame It on Lisa.” Upon launch, Disney+ also deliberately omitted Michael Jackson’s cameo in the 1991 season premiere. Elsewhere, there are countless examples of The Simpsons using good-natured but adult-oriented humor to entertain audiences with content that most parents might say is not suitable for young kids.

So why didn’t Disney send it to Hulu? Because The Simpsons is a boon for any embryonic streaming service.

Popular library content helps over-the-top platforms retain customers and avoid dreaded subscriber churn. Sitcoms are especially effective tools at combating cancellations, which is one reason why Friends, The Office, Seinfeld and The Big Bang Theory are inciting nine-figure bidding wars. These are easily digestible programming hits that can be consumed by both active and passive viewers either sitting on the couch fully engaged or doing bills at the table as Disney+ plays in the background. Streamers rely on these series for daily usage.

The Simpsons is the longest-running scripted series in television history, currently airing its 31st (!) season. Despite the show’s decline in quality, it is considered the forefather of animated hits such as South Park and Family Guy and remains a beloved piece of IP. While overall subscription numbers are a key metric of the streaming wars, hours watched is arguably the most integral to success.

Friends fetched $425 million on the open market with 236 episodes while The Office cost $500 million with 201 episodes. The Simpsons boasts 670 episodes, or 245-plus hours of content. For comparison, all 23 movies in the Marvel Cinematic Universe amount to just 48 hours. All 10 Star Wars films account for more than 22 hours. The Simpsons derives its value as a streaming product from its longevity.

So far, the strategy seems to be working. As of this writing, The Simpsons is the top-trending show on Apple TV as it also was on Nov. 12, the day Disney+ launched. Trending is likely algorithmic and varies user to user, but Disney+’s 10 million sign-ups are clearly digging into the catalog.

On ⁦@AppleTV⁩ right now, the top 5 shows and 7 of the top 10 shows are on ⁦@disneyplus⁩. pic.twitter.com/w8RYjp7Imj

So, why did Disney send the edgy-ish Simpsons to Disney+ rather than Hulu, which would have been a better fit? Easy: to give its fledgling streaming service an early boost to get off the ground. Business trumps branding every time. 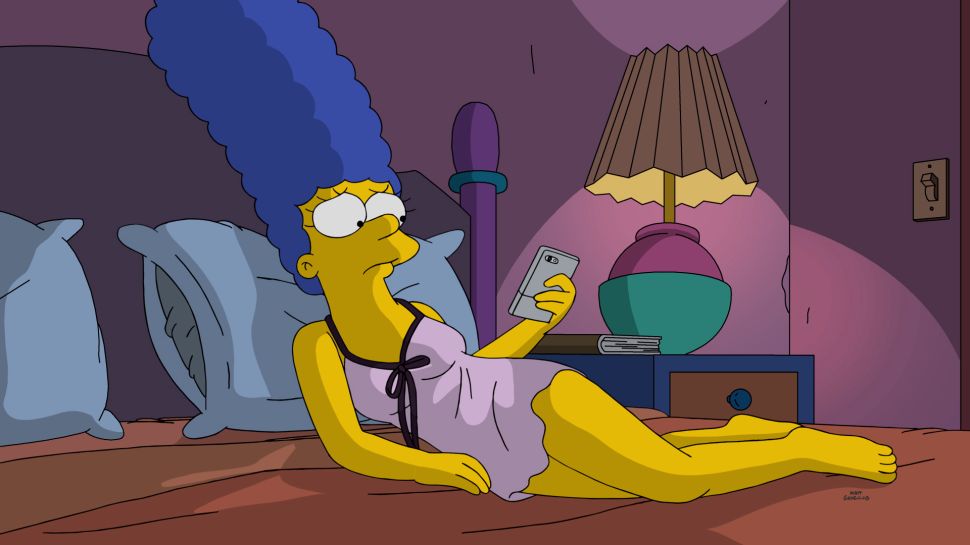