But one plant-based brand wants work with America’s dairy farmers instead of competing against them. This month marks the launch of Eclipse Foods, a San Francisco-based dairy replacement maker, which is debuting its first product in collaboration with OddFellows and Humphry Slocombe.

SEE ALSO: This Brooklyn Startup Is Making Vodka ‘Out of Thin Air’

The company is backed by Reddit co-founder Alexis Ohanian, Gmail creator Paul Buchheit and Daiya Foods’ former chairman of the board, Eric Patel. Observer recently spoke to Eclipse Foods’ co-founders Aylon Steinhart and Thomas Bowman (over ice cream) about the plant-based movement, “lab grown” food innovation and how their startup could help save the dying dairy industry.

Tell us a bit about the idea behind Eclipse as a “dairy alternative” that’s, surprisingly, not made from nuts.

Thomas Bowman: What we’ve done is set out to make a plant-based dairy that’s a one-for-one substitute for conventional dairy. So it looks the same, tastes the same. Many of the grocery store dairy alternatives don’t actually function as a real calcium substitute, so that’s what we’ve done here.

How does this function within the current “animal product alternative” category? Many of the hottest startups today peg themselves to the “lab grown” food innovation movement, in which they’re trying to mimic a real food in nature with a chemical compound.

TB: We don’t consider ourselves lab-grown at all. This ice cream was created in a kitchen and made of real ingredients.

Aylon Steinhart: Before starting Eclipse, I was at the Good Food Institute, the leading nonprofit in the alternative protein space, where I helped start an incubator for plant-based companies. That’s when I identified that Impossible and Beyond were doing a good job with meat, and Just had come out with a pretty good egg 2.0. But no one was making a dairy replacement that actually appeals to the massive, mainstream dairy consumer market. Thomas and I said, “this is such an obvious thing that needs to be solved if we’re going to fix the sustainability and health issues.”

TB: I’ve been in the food and restaurant industry since I was 15 years old, working in Michelin star restaurants around the globe. I knew that even though there is more dairy alternatives than dairy out there, they’re not replacements. You can’t curdle cheese with pureed nuts.

We want a product that can function the same way dairy does, where we can make cheese and ice cream the way they’re made with cow’s milk. It’s also produced on the same lines as dairy, using the same equipment.

So how does this magical non-dairy come together?

AS: When you look at alternatives out there, they rely on one or two seeds or nuts. It’s usually almond or cashew or coconut. We analyzed the molecular composition of milk, and thought: how can we mimic that with plants? It’s a blend of plants that come together perfectly, courtesy of Thomas being one of the world’s experts in functional plant proteins. Understanding how they interact with each other, with the minerals and fats and in the products. It’s created in a kitchen, so we don’t need crazy biotech to do it.

Animal product alternatives have been on the receiving end of criticism for their lack of nutritional value and added preservatives. How does Eclipse compare to dairy when it comes to actually offering the calcium and protein milk does?

TB: The beauty of it—we’re basically replacing the nutritional components one-for-one. You’ve got your protein which is on par with dairy, and our calcium percentages are slightly higher. We’re not trying to be the healthiest thing out there; we want to be a substitute for the 65% of people out there who are lactose intolerant.

AS: As far as the ingredients, there’s no gum, no gels and no stabilizers in Eclipse. Everything in there, you can find at a Whole Foods. There is no nuts, no seeds, no soy, no wheat, so it’s free of common allergens. The most exotic plant in there is cassava, the ancient form. We care a lot about feeding people right in an eco-friendly way.

So if Eclipse’s model is essentially operating the same way dairy farmers have for centuries, what does this mean for production?

TB: It means we can replicate the satellite farms that dairy utilizes to scale and grow. By running on the same lines as dairy, there is no extra overhead cost to producing our plant-based dairy.

AS: At the end, if it’s not readily available and priced correctly, the consumer is never going to buy it and you can’t expect them to.

Speaking of price point, it’s a tough ask of the consumer to make an ethical choice by paying way more for what feels like a luxury item.

AS: And as I mentioned, the no nuts and seeds is actually also what helps keep our costs down.

TB: This was something really important to us: price competitiveness. By starting with what cows eat, we have a built-in competitiveness. Our target is to be competitive with the common, everyday dairy out there. We’ll get there by scaling up. It’s also why the dairy farmers are excited to work with us! They get to use the same equipment and distribute Eclipse the same way they have with dairy for years. 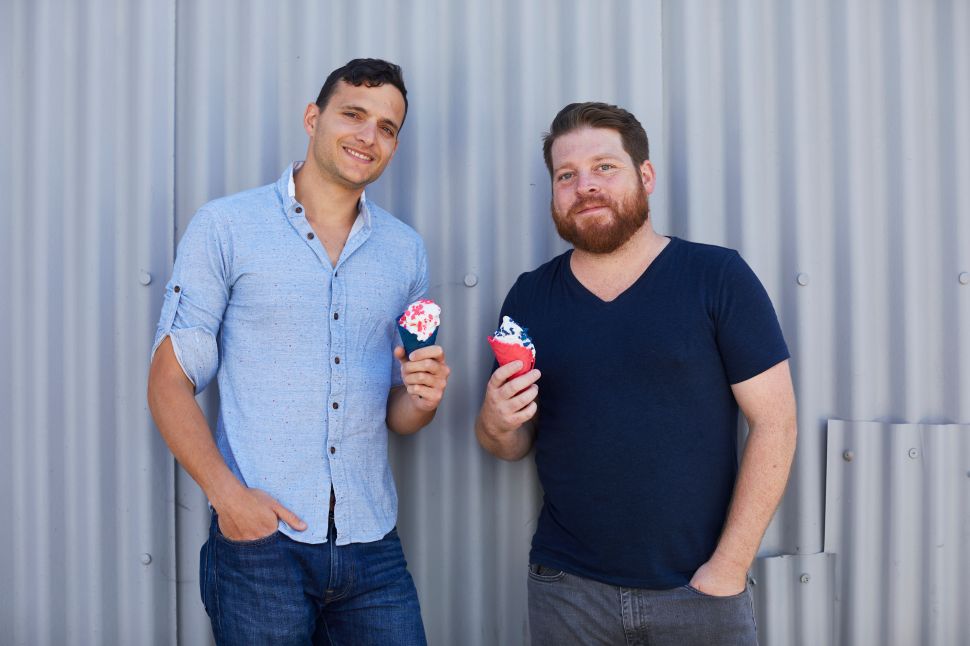