During the early 2000s, the Strokes redefined the “how to be a cool rock star in New York” playbook. Years later, the band’s members have diffused and settled into differing creative routines, but drummer Fabrizio Moretti has perhaps done the most interesting work when it comes to carving a unique path that still appeals to a new generation of art enthusiasts. In 2013, he created a conceptual retail installation for the clothing brand Rag & Bone that referenced “saints and Madonnas in European architecture.” Today, Sotheby’s auction house announced that Moretti and a celebrated art dealer and collector who’s also named Fabrizio Moretti would be collaborating on a dual exhibition and auction of Old Master paintings and sculpture titled “Fabrizio Moretti x Fabrizio Moretti | In Passing.”

The exhibition, which will consist of more than 20 works selected by Moretti (the dealer), will feature interactive and immersive installations that were designed and fabricated by Fab Moretti (the drummer). The exhibition will be viewable at Sotheby’s New York from December 15 through 18, and online bidding for the auction will kick off on November 22.

As for the works that will be on display, they represent deep ideas being conveyed by the masters who were working during and around the 17th century or the early Renaissance: A Pair of Memento Mori With Skulls and Crossbones by the Neapolitan School, The Burial by Taddeo Di Bartolo and Saint John the Baptist in the Wilderness by Giovanni Battista Caracciolo will all be included. For a certain audience, getting a former member of the Strokes associated with Saint John the Baptist is a surefire way to convince people that Saint John the Baptist is worth investing intellectual energy in.

“I was attracted to this project by this idea of perspective,” Moretti the drummer said in a statement. “It is pervasive throughout all aspects of this exhibit, starting simply by the fact that it involves one name but two pairs of eyes. The goal of this installation is to construct a process of orientation that abstracts and individualizes the experience of witnessing its art. By building a circuitous path that explores modes of limiting or expanding the way the work is observed, the viewer is urged to consider another form of interaction with any given painting or sculpture.”

If this description intrigues you, it’ll interest you to know that the installation itself will consist of a narrow hallway illuminated by neon yellow light that gives way to a gallery lit by natural light; the intended effect being that the paintings’ colors appear to be much more vibrant. In a way, this matches perfectly with what the Strokes did with their music: evoked drama and grandeur under the flickering majesty of neon lights on the Lower East Side. 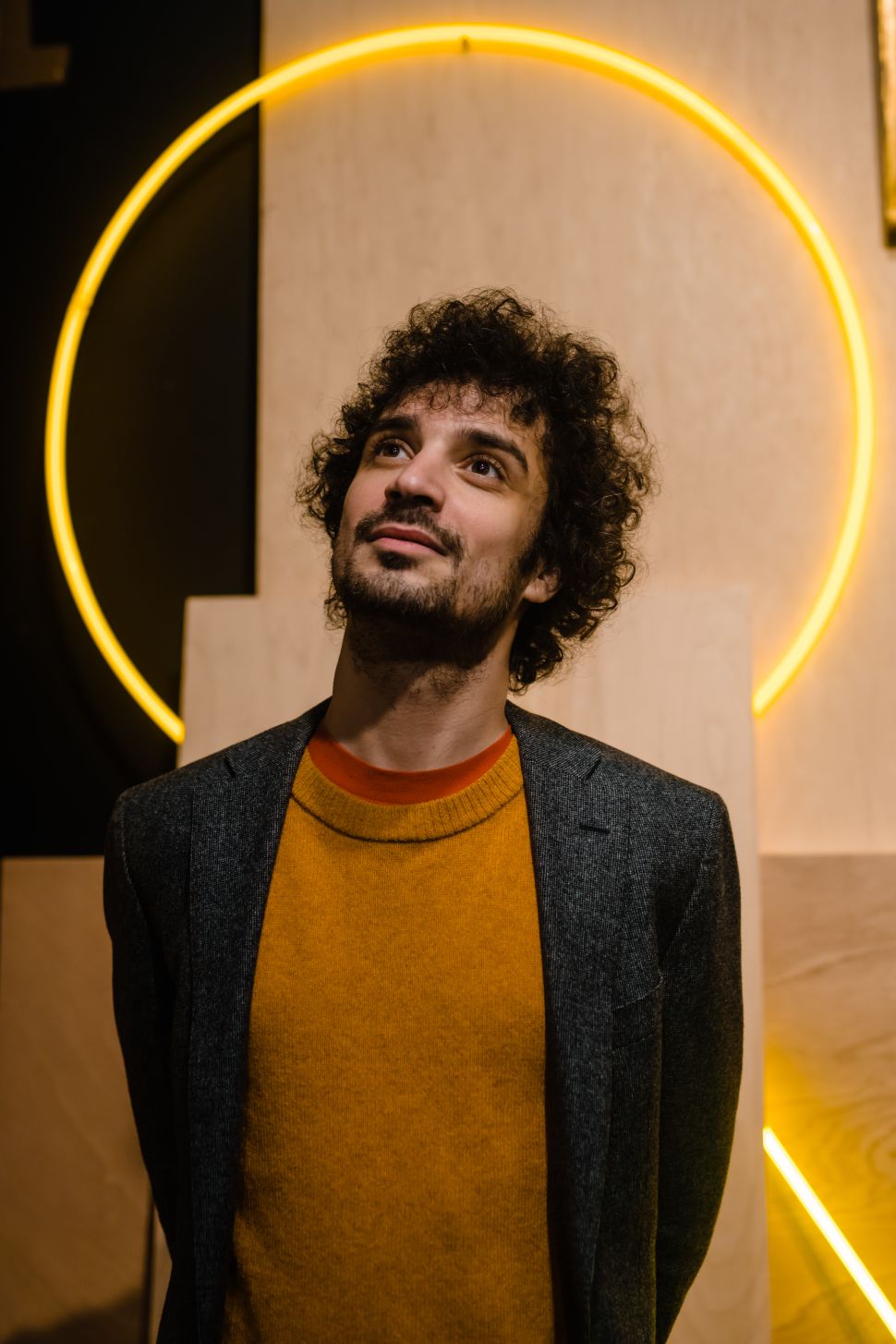