Former WeWork employees are getting in line to roast the unicorn’s failed IPO. As The Information first reported, one of the company’s former employees filed a class-action lawsuit in California to contest the company’s breach of workers’ stock options.

Natalie Sojka, who according to her LinkedIn profile worked for the We Co. from September 2017 until February 2019, is also suing majority stakeholder SoftBank for buying out ousted CEO Adam Neumann’s stocks amid the IPO’s cancellation last month.

In the still-unpublished filing, San Francisco-based Sojka claims minority shareholder employees like herself were “being told that [WeWork] intended to go public soon and that the value of [WeWork] stock would increase significantly.” As The Information noted, every employee who joined the company after 2016 now owns virtually worthless WeWork stock.

“WeWork believes this lawsuit is meritless,” a company spokeswoman told Reuters following news of the filing, declining to elaborate on the company’s plans to combat it.

While SoftBank essentially saved WeWork from shutting down, its financial package appears to have only benefitted Neumann, while the We Co.’s pre-IPO valuation dropped by billions. The deal reportedly included the purchase of just under $1 billion of Neumann’s stock, along with an estimated $185 million “consulting fee” just for giving up his seat on the company’s board.

The complaint will likely be one of many coming SoftBank’s way in the aftermath of its WeWork bailout. It also comes just weeks after WeWork employees met with new boss, SoftBank chief operating officer Marcelo Claure, during an all-hands meeting that outlined their ill-fated layoffs.

“It’s not going to be easy, it’s going to be bumpy roads,” said Claure during the late October meeting. “This was a race that we were winning and then suddenly, it’s like we’ve lost momentum, and it’s hard to regain that momentum.”

Sojka will likely have more former WeWorkers join her suit, as massive layoffs are expected to take place in the coming months. 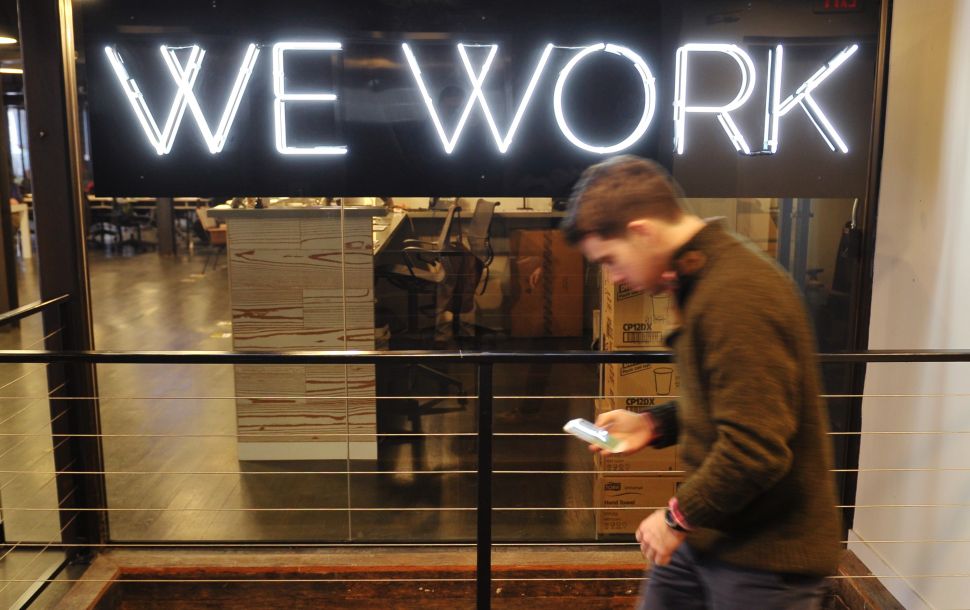