The protests that began in Hong Kong in June of this year are still very much alive and are only growing, as anti-government demonstrations continue to draw global attention and stoke fears in the city that citizens will soon be subjected to military intervention. With chaos in the air, the art world has been wondering whether the scheduled Art Basel Hong Kong will actually take place next year, when it is expected to run from March 19th to March 21st. Organizers of the event are, for obvious reasons, invested in not shutting down the event and in assuring exhibitors and attendees that everything is fine, but it can’t be denied that the optics of holding an international art fair in the midst of an uprising aren’t great.

According to Artnews, in order to placate exhibitors who might be considering backing out of Art Basel Hong Kong, organizers are proffering reduced prices at local restaurants and hotels as well as discounted service fees. “Some of you might be wondering if Art Basel is making an unconsidered decision by continuing to plan on holding an art fair in March amidst the unrest that we are witnessing in Hong Kong,” Adeline Ooi, the director of Asia for Art Basel Hong Kong, wrote in an email to the 242 exhibitioners last Thursday. “The answer is: we are not. The decision to continue with the show is made in support of everything you, we, our partners, the local art scene, art collectors from Asia and beyond have invested into Hong Kong, our fair and Asia in general over the years.”

There’s no way of definitively predicting how the civil unrest in Hong Kong will be playing out four months from now, but it’s certain that exhibitors at the upcoming Art Basel Miami Beach in December will be discussing whether or not their attendance in Hong Kong in March will be worth it. There are safety concerns to consider, to be sure, but there’s also an argument to be made that no one caught up in a revolution will be in the mood to buy art. Some of the galleries scheduled to exhibit both in Miami and Hong Kong include 47 Canal, Miguel Abreu Gallery, Blum & Poe, Gagosian and Sean Kelly. 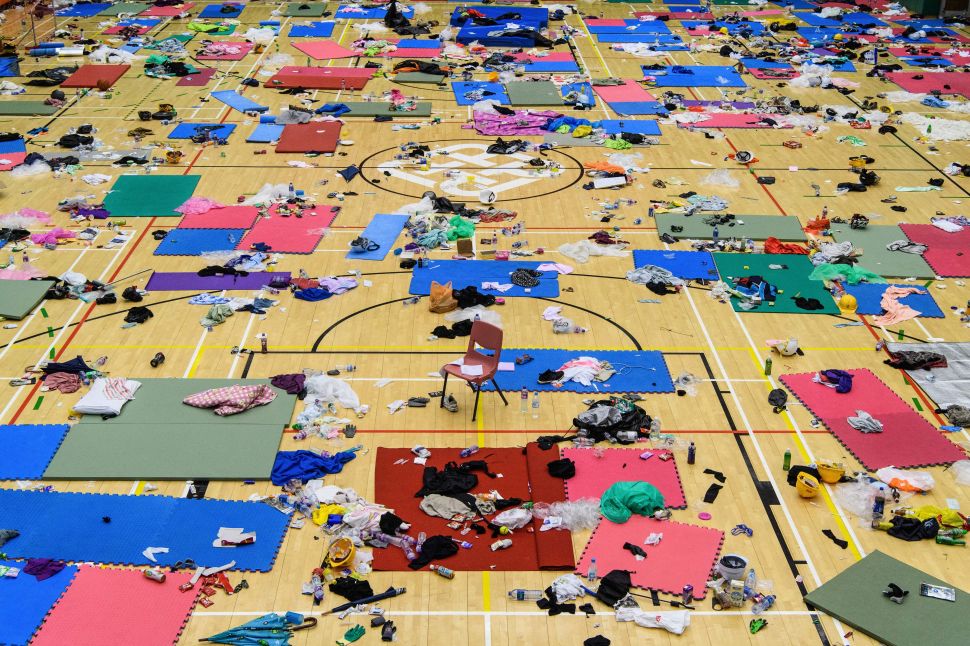