On Sunday, Ford unveiled its first fully electric SUV named after the company’s iconic muscle car, the Mustang Mach-E SUV, at a flashy ceremony in Hawthorne, Calif. ahead of the 2019 Los Angeles Auto Show opening this Friday.

The Mustang Mach-E, meant for the mass market, is immediately seen as a challenger to Tesla’s high-end SUV offering, the Model X, but comes at only a fraction of the price.

But Tesla CEO Elon Musk, who has spoken bitterly about Ford’s electrification effort (and Tesla competitors in general) in the past, was uncharacteristically excited about the auto giant’s new offering this time. (Coincidentally, Ford’s launch event was held in the hometown of another Elon Musk-run company, SpaceX.)

“Congratulations on the Mach E! Sustainable/electric cars are the future!!” Musk tweeted Sunday night. “Excited to see this announcement from Ford, as it will encourage other carmakers to go electric too.”

Ford didn’t bring up charging stations from nowhere because they are a key component of the company’s strategy in challenging Tesla’s supremacy in the electric vehicle market.

Congratulations on the Mach E! Sustainable/electric cars are the future!! Excited to see this announcement from Ford, as it will encourage other carmakers to go electric too.

The new Mustang Mach-E is expected to arrive at dealers sometime next year and will come in a range of choices including Select, Premium, First Edition, California Route 1 and two GT (Standard and Performance) editions.

Pre-order is available to customers today with a refundable $500 deposit.

Ford has said it plans to invest $11.5 billion in developing a dozen of electric cars in the coming years. CEO Jim Hackett told Bloomberg on Sunday that the Mustang Mach-E will be profitable despite the fact that electric carmakers as a whole haven’t showed ability to make steady profits just yet.

“The day we decided this would be Mustang-inspired…everybody lit up,” Darren Palmer, Ford’s global head of product development for BEVs (battery electric vehicle), said during Sunday’s event. “This is the future of this company…We’re all in on electrics.” 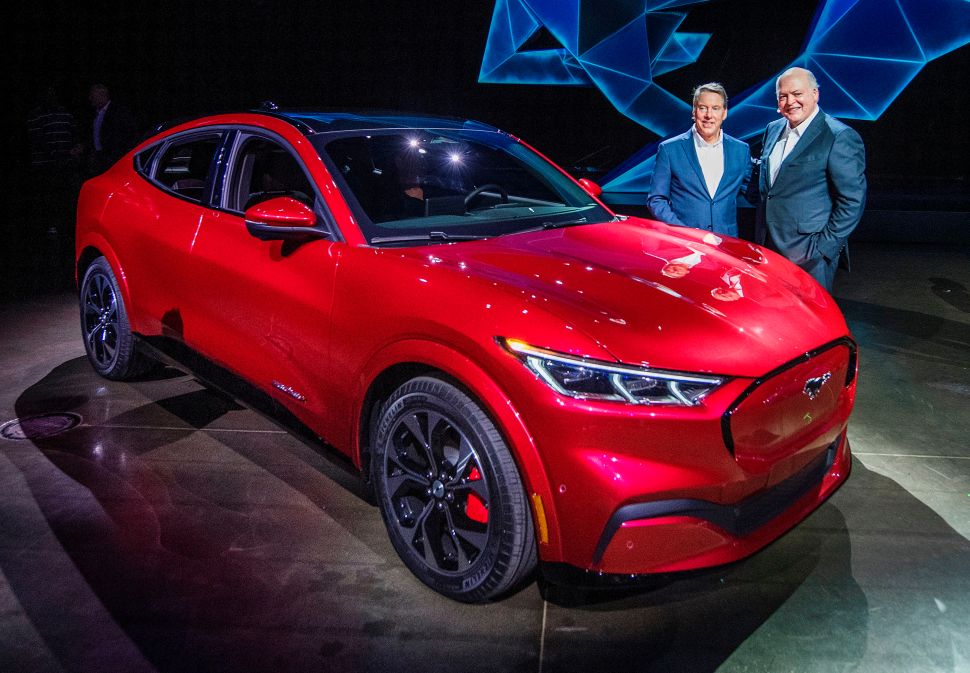