Ford v Ferrari, which opens this Friday, contains the most realistic car-racing sequences ever put on film. The true story chronicles the efforts of automotive genius Carroll Shelby (Matt Damon) and British circuit-racing maverick Ken Miles (Christian Bale), to win the 24 Hours of LeMans in 1966, despite seemingly insurmountable odds and corporate interference from the Ford Motor Company. In order to achieve racing verisimilitude, director James Mangold employed the services of stunt-driver Robert Nagle, who also coordinated the car sequences for Baby Driver and The Fate of the Furious, among other films. We talked with Nagle about recreating the glory days of racing, and about “Biscuit Jr.,” the revolutionary platform that he first developed to simulate horse racing in Seabiscuit.

*Warning: This story contains minor spoilers for the plot of Ford v Ferrari.*

Observer: What’s the difference between what modern cars require, driving-wise, and what the cars required in Ford v Ferrari?
Robert Nagle: The biggest difference is the electronic safety features. The cars in Ford v Ferrari are pure. There’s no electronic device trying to save itself. In modern vehicles, the manufacturers have spent millions of dollars to design safety features that we do everything we can to defeat so we can get the cars to do what we want.

And that wasn’t the case with the cars in this movie?
Not at all. It’s completely controlled by the driver. There’s no electronic safety assistance whatsoever, let alone power steering or power brakes. 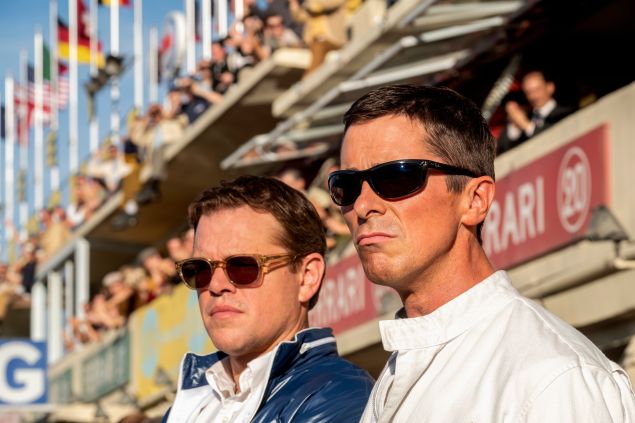 How close to the actual cars were the vehicles in the movie?
We had a handful of cars from a company called Superformance, which is actually licensed to build continuation GT40s, and they’re almost completely identical to the GT40s built in that era. The only difference is that some of them have air-conditioning.

There were other race cars as well, were these all modern versions of the original? Did you pull some out of a car museum? How did that work?
Starting with the first race we see, at Willow Springs, the only real replicas were the Cobras from Superformance. But the Corvettes were real vintage Corvettes. We had Porsches that were just rebodied to look like the Speedsters. But once you move on to the Ferraris and the GT40s and even some of the Porsches later on at Daytona and LeMans, the price of those real vehicles would have exceeded the film’s budget. So those were obviously replicas, many of them with modern powertrains.

How did you stage the races at Daytona and LeMans? Obviously you’re not going to film for 24 hours, but how much driving was there actually; was it just in two-minute bursts?
We did a lot of driving and filming. But we don’t necessarily shoot in chronological order, so I wrote a story for each of the three main races. That was the only way to keep the continuity. It was all from Ken Miles’ perspective. That allowed us to, at any given time in the race, to know what’s going on around us and what’s going on around Ken. And that was even a bigger issue with LeMans because not only were we not in chronological order, we were at four or five different locations. 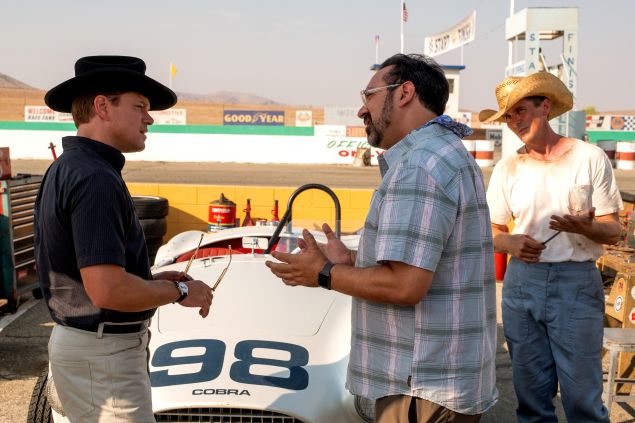 How did you put those stories together?
If you look at the footage from the 1966 race, there’s a small wreck that happens in front of Ken Miles. We did the same sort of crash and kind of upped the ante, just adding some mayhem at the start of that race. But the key points we stuck to: When the Ferraris crashed, when the Ferraris dropped out of the race, when Dan Gurney’s engine blew. These were all historical pieces that we wanted to remain. When I wrote the story, I kept those moments in mind. We added some action pieces to enhance the races and make it look more exciting, but it had to fit with what was going on.

Did you shoot at LeMans?
No, we had four locations in Georgia that we pieced together as different sections of the track. There were these iconic locations, the Dunlop Bridge, the Mulsanne straight, the S turns. We had to reproduce them; they were key points in the storyline. And then we had the start-finish lines and the pits, which we built at a little private airport here in California at Aquadolce. We had it shut down for three or four months. Daytona we shot at the California Speedway. Willow Springs we didn’t have to do much with, because they actually did race there. The set designer redressed it to make it look like the early ’60s.

When you recreated the track in Georgia, did you connect pieces? It’s an eight-mile lap around LeMans. How much course did you actually have?
We shot the Dunlop Bridge at Road Atlanta. We actually built the bridge there. For the Mulsanne straight, we had five or six miles of this country road. And from there we went to a track in Savannah called America’s Grand Prix Track, which is rarely used. We were able to recreate the S-turns there. And then we just stitched it all together. 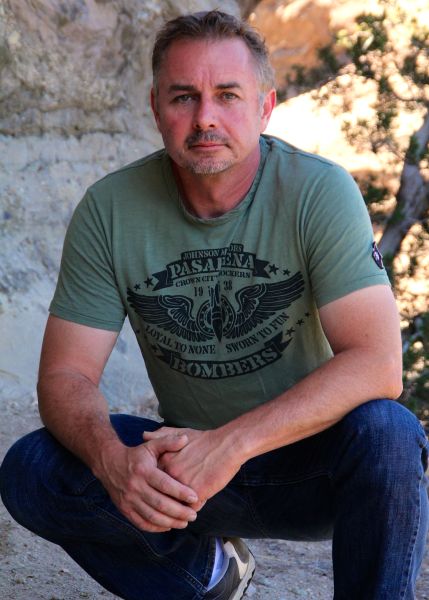 You trained Christian Bale to drive the cars. What was that like?
It was fantastic. Normally I would just work one-on-one with an actor to train them for what they need to do. But this was a little more special. I really wanted to train Christian up to a level well beyond what he needed to do on camera. But I also wanted him to appreciate and know what a race-car driver goes through.

So I arranged for us to go out to Bob Bondurant’s race facility in Arizona. I was hoping that he’d get to meet Bob Bondurant and spend a couple hours talking with him about that era. We did this near the end of July so it was obviously blazing hot out there. We started at 7 a.m. and finished around 1 or 2 p.m. We then spent the next four to five hours every day just sitting down and talking to Bondurant, who was close personal friends with Ken Miles. He had a lot of insight. And we did that for five days straight.

What’s the difference between crazy car stunts and race-car driving? No one’s pulling crazy parking-garage stuff like you saw in Baby Driver or jacking cars out of airplanes or off a bridge in real life. Are there different skills required?
It’s a different skill set, because a race-car driver wants to run the car at its limit, not crash it. But you put a stunt driver in the car, you’re asking him to crash it. He’s got to make the car look out of control while still being in control of where it’s going to hit.

The Ford-Ferrari driving had to be grounded in reality, even the wrecks. I had two drivers working for me who are accomplished stunt drivers, and they did all the crashes. I affectionately call them my crash-test dummies.

How did you use the Biscuit platform in the movie?
This thing is designed to put a vehicle on. There’s a driver’s pod that a stuntman like myself would drive from, and we can move it around on the platform. This allows the director to essentially put the camera anywhere. That helps keep the audience in the story and put you in the action. Because all the physics are real. This rig will outrun most cars with a car on top of it already.

The platform is self-propelled, powered by a 640 horsepower LS, with a top speed of 150 miles per hour. It corners as well as any vehicle. So when you drive this thing around, it can mimic pretty much everything you see, stunt-wise, in the wide shot of the actual car doing its stunts. When you cut back to inside the car and see the actors being thrown around, I’m sliding it and spinning it. They’re experiencing the same thing you can see the vehicle doing. Christian Bale is in the shell of a GT40 that’s attached to this, running around the racetrack. But he’s not actually driving it. Going back to the training we gave him, he knows exactly what he should be doing at any given point on the track. So everything he does is correct. It really helps sell the action.