It’s every automobile futurist’s dream to have cars drive themselves on public roads. But, despite industry pioneers from GM to Silicon Valley startups investing heavily in advancing mobility technology, it feels as if we’re constantly two years away from a true self-driving future. Yes, there are self-driving cars roaming the roads as we speak, but they are either supervised by human safety drivers behind the wheel or limited to closed testing courses.

That’s about to change soon, as Waymo, the former self-driving unit spun off of Google parent company Alphabet, rolls out an early rider program that dispatches completely driverless taxi cars to ride-hailers near its testing hub in the suburbs of Phoenix, Arizona.

SEE ALSO: Apple Hasn’t Given Up on Self-Driving Cars Just Yet

Niedermeyer was far from the first journalist to experience a self-driving vehicle. But his latest trip was the first to involve busy city streets and an unprotected left-hand turn.

“There were moments where the self-driving system’s driving impressed,” the journalist wrote, “like the way it caught an unprotected left turn just as the traffic signal turned yellow or how its acceleration matched surrounding traffic.”

“The vehicle seemed to even have mastered the more human-like driving skill of crawling forward at a stop sign to signal its intent,” he added. “Only a few typical quirks, like moments of overly cautious traffic spacing and overactive path planning, betrayed the fact that a computer was in control.”

The only human component of the experience was Waymo’s rider assistance team asking the passenger to voice any concerns before the car started moving. After that, it was all science fiction in real life.

“I’ve been riding in autonomous vehicles on public roads since late 2016. All of those rides had human safety drivers behind the wheel,” Niedermeyer wrote. “Seeing an empty driver’s seat at 45 miles per hour, or a steering wheel spinning in empty space as it navigates suburban traffic, feels inescapably surreal. The sensation is akin to one of those dreams where everything is the picture of normalcy except for that one detail—the clock with a human face or the cat dressed in boots and walking with a cane.” 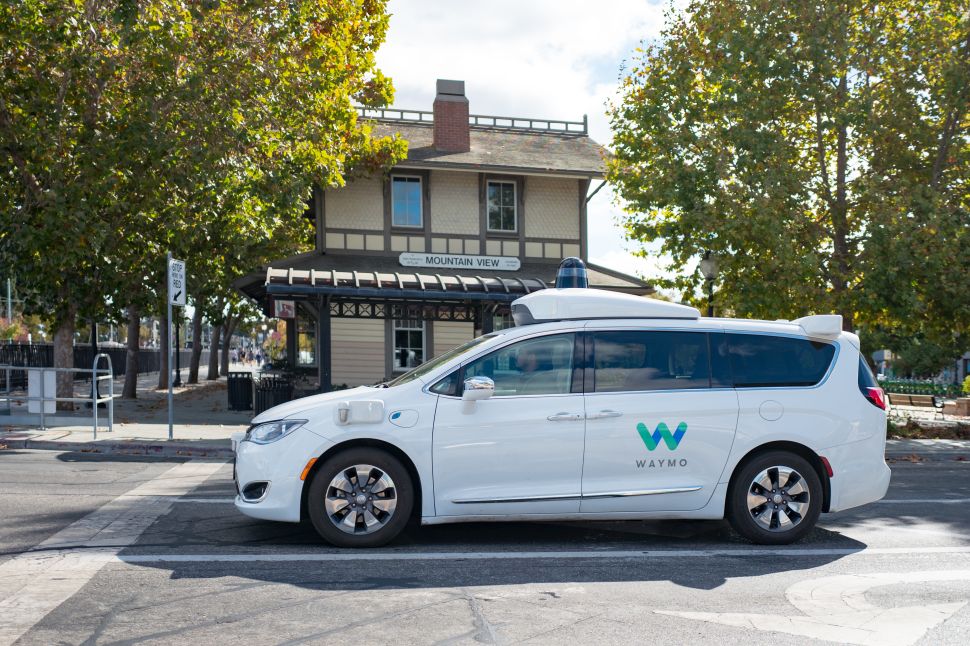