With enough terror to satisfy modern audiences and enough underplayed plot movement to save it from conventional biopic trajectory, Harriet holds interest and invites respect. It is still not the great Civil War epic it could have been, but it’s solid enough to work, and Cynthia Erivo’s valiant and committed performance is a wonderful achievement.

SEE ALSO: Vigorous and Heartbreaking, ‘The Great Alaskan Race’ Will Leave You Cheering

This is the story of Harriet Tubman, a slave on a Maryland plantation in the 1840s who was born Araminta Ross and called “Minty,” small in size but big in spirit and stature. The most revealing sentence in the screenplay by Gregory Allen Howard and Kasi Lemmons, who also directed the film with the fire of a furnace, is the description of what it was to be young and black in a time of despicable hatred and intolerance: “Having a favorite slave is like having a pet pig—you can feed it, but one day you may have to eat it.”

Risking her life in the light of impossible odds, Minty boldly escaped from her masters and walked 100 miles north to Philadelphia, alone in the night and unable to read or write, but determined to be free. This arduous journey channels the terrors, betrayals and madness of bounty hunters, slave owners and man-eating dogs. First disguised as a man named Moses, later given shelter by a distinguished free-born woman named Marie (Janelle Monae) who ran a boarding house in Pennsylvania, re-named her Harriet Tubman, and later paid a supreme price for her support and friendship.

Minty eventually gained enough reputation and respect from Northern abolitionists to become the secret leader of the Underground Railroad. While others prayed and waited for the outcome of the Civil War, Minty was driven by her deep religious trust in God to eschew the law and dedicate her life to moving other runaway slaves 600 miles from the Mason-Dixon line to Canada, where slavery was outlawed. By the time she died in 1913 she had freed more than 750 slaves, securing a place forever in the bloody annals of American history.

It’s a harrowing, heroic story that comes along at a perfect time, told with a mixture of inspiration and adventure, although sadly lacking an undertone of legendary significance the story of Harriet Tubman deserves. Still, everything about the bravura of Erivo’s galvanizing centerpiece performance has the human scale the cinematic  visuals leave unexplored.

Many filmgoers discovered her in a film I hated, Steve McQueen’s Widows, but New York theatergoers hailed her brilliance much earlier, in the Broadway musical The Color Purple. With Harriet, she makes a giant leap forward in the direction of stardom. She is a majestic Harriet indeed and I can’t wait to see what she does next. 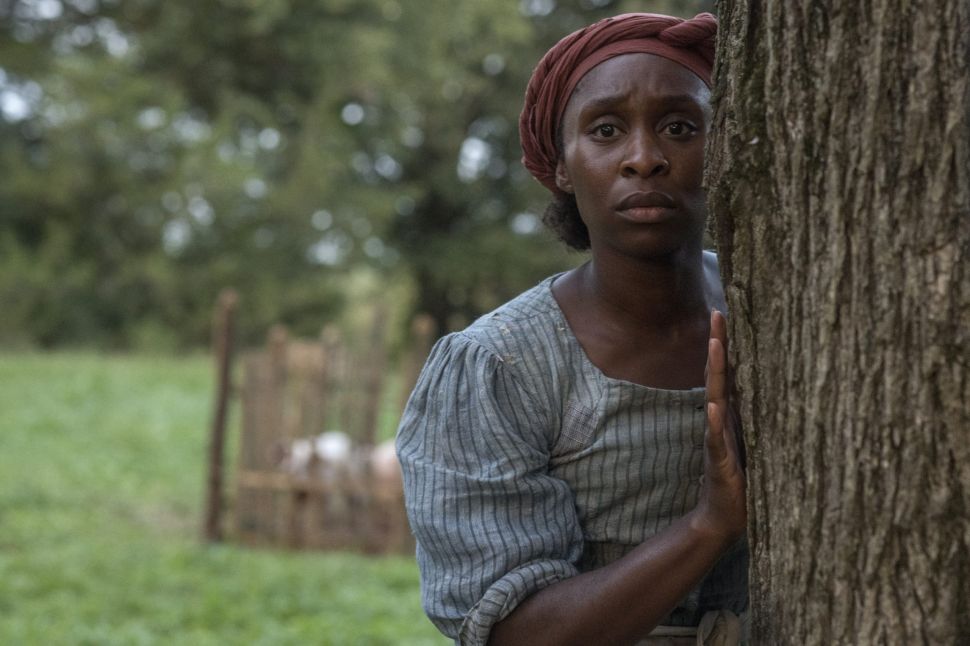