Just this week, organizers behind next year’s Art Basel Hong Kong took the time to reassure exhibitors that the event would unfold as planned in March of 2020 and that no one should hold any doubt that Art Basel works in ardent support of the local artist community. Indeed, there’s a lot riding on major art fairs, and calling them off would lead to a massive loss of resources and a drop in morale that would have a significant effect on the art world overall. But there’s a certain baffling stubbornness to reassurances like these, as well as to the news that the government-run Hong Kong Museum of Art will proceed with its grand reopening on November 30th.

Despite the arrests of more than a thousand Hong Kong citizens and ongoing police brutality, art institutions with financial skin in the game have a business imperative to act as though the circumstances that dictate their surroundings have not changed. The Hong Kong Museum of Art, which shut down temporarily in 2015 to receive a $119 million renovation, already has 11 exhibitions lined up for the near future, including one that’s on loan from the Tate Modern titled “A Sense of Place: from Turner to Hockney.”

Meanwhile, according to Artnews, Hauser & Wirth Hong Kong recently postponed an Annie Leibovitz show that was scheduled to debut this month, Hong Kong citizens are being arrested merely for taking photographs of police officers and gallery directors in the area are slowly coming to terms with the fact that things are truly dire.

“People don’t like weekends now in Hong Kong, they’re very rough,” is how Aenon Loo, a director of Simon Lee Hong Kong, summed things up to  Artnews earlier in November. Collectors, he went on to explain, aren’t interested in engaging with the protests that go on during those times: “They might come for one day, but they won’t stay long.” Museums and galleries may elect to remain open in times of crisis, but that doesn’t necessarily mean the art world is actively reckoning with its surroundings. 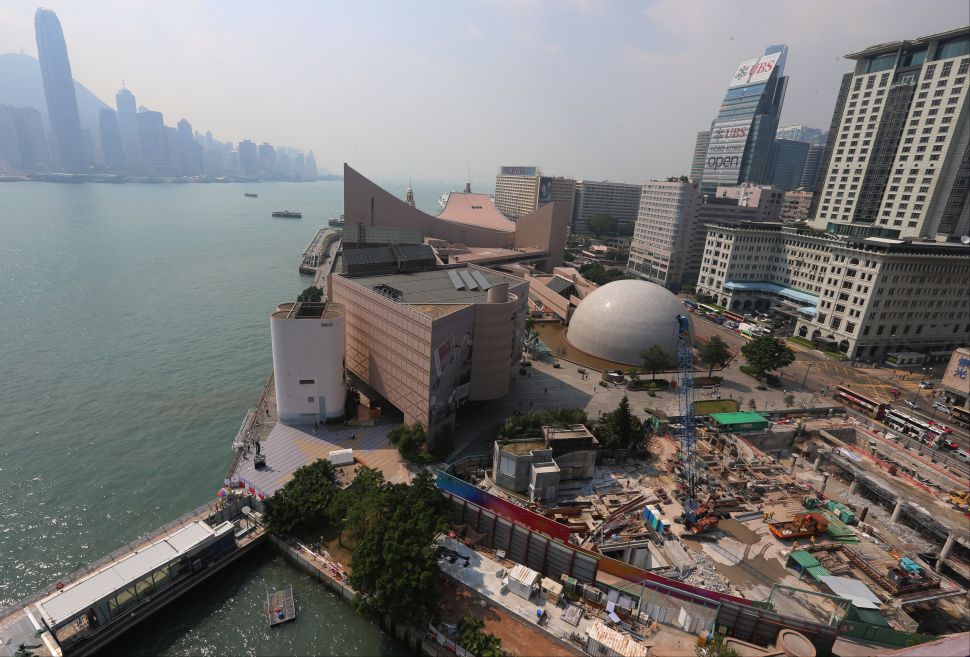