Between the aromatic candles, humidifier blowing misty kisses, and the perk-me-up purple orchids, John Benjamin Hickey’s private cozy cocoon at the Barrymore Theatre is everything you expect in a Broadway dressing room. The only thing that could make his home away from home more theater-y: tragedy-comedy mask bookends.

No matter. Hickey has that emotional gamut covered thanks to two high-profile projects this season. First up, he’s co-starring in The Inheritance, Matthew Lopez’s two-part drama linking three generations of gay men living in New York during and after the AIDS crisis, which opened on Sunday. And he’s directing Plaza Suite, Neil Simon’s 1968 comedic marital triptych. The revival, opening April 13, stars his longtime friends and real-life spouses Sarah Jessica Parker and Matthew Broderick.

SEE ALSO: What Katori Hall Discovered About Her ‘She-ro’ Tina Turner While Writing the Musical About Her Life

The double header—endorsed by both shows’ powers-that-be—has been carefully coordinated. “I will take a break from The Inheritance for a couple of months to rehearse with Sarah and Matthew. I’ll open Plaza Suite at the Hudson Theatre and the next day I’ll be back at The Inheritance,” Hickey tells Observer. “That’s the way I want it to work.”

The actor, who skinny-dipped in Terrence McNally’s Love! Valor! Compassion! and won a Tony for Larry Kramer’s The Normal Heart, describes having his name on two Broadway marquees simultaneously as his “Cynthia Nixon moment.” (She appeared in Hurlyburly and The Real Thing at the same time.) This season, double duty in various forms is trending: There’s a pair of Tracy Letts plays (Linda Vista, The Minutes, which the author acts in) and Mary-Louise Parker gets two star turns (The Sound Inside, How I Learned to Drive).

For Hickey, 56, both of his productions mark a first, including his Broadway directing debut. “And,” he says, “as a gay man, as someone who’s been in plays that have dealt with gay themes before, I’ve never played a Republican.”

The gay GOP-er in The Inheritance is Henry Wilcox, a billionaire businessman whose name and status is directly from E.M. Forster’s 1910 novel, Howards End, which inspires the nearly seven-hour saga by Lopez (The Whipping Man, The Legend of Georgia McBride) that premiered last year in London.

Henry arrives two-plus hours into Part 1—a waiting game the actor calls “nerve-racking.” Saying yes to an invitation to do the role—“it’s a gift,” he says—and work with director Stephen Daldry (Billy Elliot, The Hours) was a breeze.

For producer Tom Kirdahy, “There was only one name on my mind for Henry,” he tells Observer. “I believe we’ve never seen this character in a play, and that’s a role you give to a great actor. The stakes are so high. So about two years ago I called John and said, ‘I’m about to disrupt your life.’”

As disruptions go—it meant uprooting to the UK and nixing other work—this one is all pleasure. Two-show days are an extra joy jolt. “I love the marathon days,” Hickey says. “It’s like bingeing The Crown. You’re going to sit for the whole six or seven hours and when it’s done, say, ‘Holy shit, I can’t believe it’s all over.’”

To prepare for the show Hickey viewed the 1993 Merchant-Ivory Oscar-winning film adaptation of Howards End…a lot. “I’ve watched it religiously. It’s been a great touchstone for all of us in the show. I’ve stolen most of my performance from Anthony Hopkins,” he says. “You steal from the best.”

That goes for when you’re calling the shots, too. “I’ve only directed one other thing, Bad Dates,” says Hickey, who helmed Theresa Rebeck’s Off-Broadway comedy in 2003. For Plaza Suite, he’s pilfering from directors he’s worked with, including Joe Mantello, Sam Mendes, Phyllida Lloyd and Daldry.

“Stephen Daldry is the most generous,” he says. “I’ve worked with a lot of generous directors but he’s a guy who never stops working, everyone’s opinion matters—from the third assistant director to the star of the play.”

Directing, he admits, comes with concerns. “Not only do I not want to ruin the friendship, what if I break up the marriage?,” says Hickey. “But I love the play and those two actors. And I love the opportunity to give Neil Simon back to the world. It’s a style of comic writing we haven’t heard in a long time. I feel like where we are now, we need it.”

Back at the Barrymore, where Hickey is surrounded by mostly 20- and 30-something actors on stage, he’s focused on doing the work and getting home to the West Village apartment he shares with husband, producer Jeffrey Richman. “My days of cheeseburgers at midnight at Joe Allen with a couple of martinis are behind me,” says Hickey. “I have to watch out for the acid reflux.” 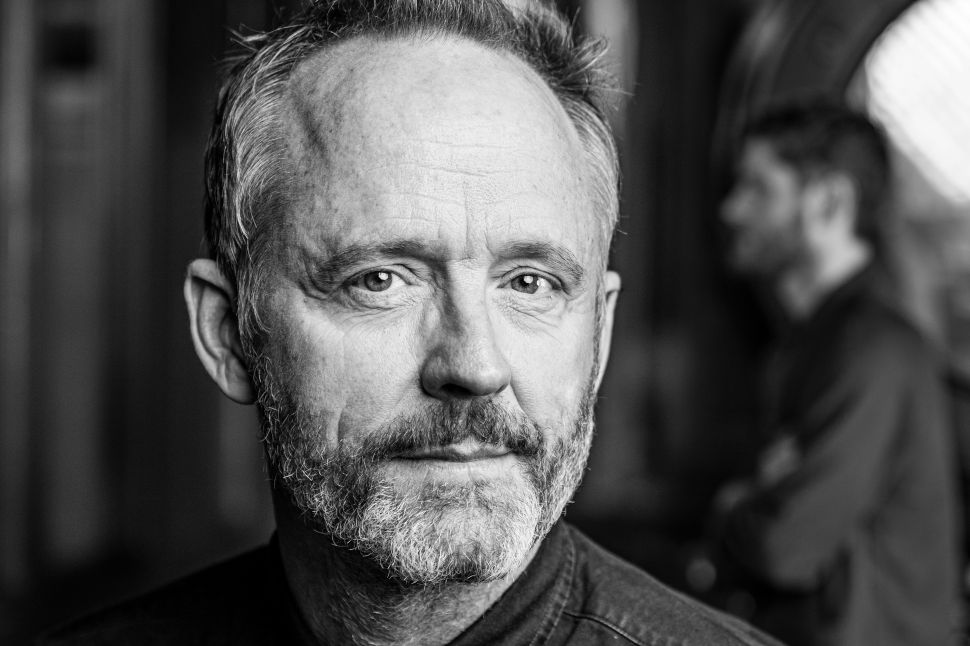