Instacart has cut yet another source of income from its workers’ pay structure. Following a three day walk-off by its Shoppers last week, the grocery delivery service has discontinued the “quality bonus” it directly pays out to workers, according to multiple Instacart Shoppers.

Unlike the controversial customer tipping delegation (which Instacart maintains fully goes to the Shopper), the quality bonus was implemented last year, giving workers $3 for every 5-star rating they received.

The San Francisco-based company declined to comment further, instead pointing to the email it sent workers regarding the new quality bonus policy. The note tells them that Instacart found the $3 it’s been giving for a perfect 5-star review hasn’t “meaningfully” improved orders’ quality.

“Over the last several years, we’ve experimented with numerous versions of the quality bonus, in addition to other boosts and incentives,” the email read, before confirming the startup will no longer be offering it as of Nov. 11.

This type of yo-yoing of its pay scale has caused a series of tensions between Instacart and the thousands of delivery couriers it relies on.

“This cut has been one of the oddest that I’ve experienced with Instacart,” Pennsylvania-based Shopper Alyssa Longobard told Observer. “Every year there is some sort of a pay cut, but it usually comes with something that is meant to be ‘good.'”

She went on to note that over the years, Instacart has always rewarded highly-rated shoppers. For example, previously, it included a $100 bonus to the top Shoppers in her Philadelphia suburb zone.

“Looking into my earnings, I would say 80% of my customers left me a 5-star rating,” Longobard explained, which for her would mean a loss of about $60 per week. “That’s a bill at home.”

Shopper Robin Pape of Ithaca, New York agreed with the figure, explaining that the Quality Bonus slashing will “probably amount to a difference of $45-$60 per week” for her part-time hours. “When I first started working for Instacart, we were still receiving a commission, and the pay and tips were much better,” Pape told Observer. “Relying on this [cash] didn’t seem quite so foolish.”

As a privately-owned tech unicorn, Instacart’s constant tweaking of its pay structure comes as no surprise as it competes for market share with competitors, which include Amazon.

“Companies will take advantage of whatever they can to manage their costs,” explained anthropologist Mary Gray, an MIT researcher and the co-author of Ghost Work, a book about the current Silicon Valley-driven gig economy. “Part of the problem is that they’re trying to expand customer demand by charging customers less (building out their market and name recognition). The way they do this is by cutting into the pay that workers would make.”

Gray went on to explain that the challenge is due to “no wage floors or rules” that workers (not just Instacart’s) should be making during their contract. Due to the lack of nationwide regulations for contract-based gigs, on-demand workers’ wages are still unprotected. “We need employment laws that block passing on the costs of customer whimsey to workers,” Gray said. “Right now, our system is not built for this dynamic. That’s what needs to change.”

This past summer, California became the first state to pass legislation aimed at re-classifying this workforce, which advocates hope will inspire similar bills in other states. Meanwhile, Instacart’s legion of protesting Shoppers aren’t giving up on getting their Quality Bonus back. The group plans to join nonprofit Gig Workers Rising on Tuesday morning at Instacart headquarters to further put pressure on Instacart and CEO Apoorva Mehta. 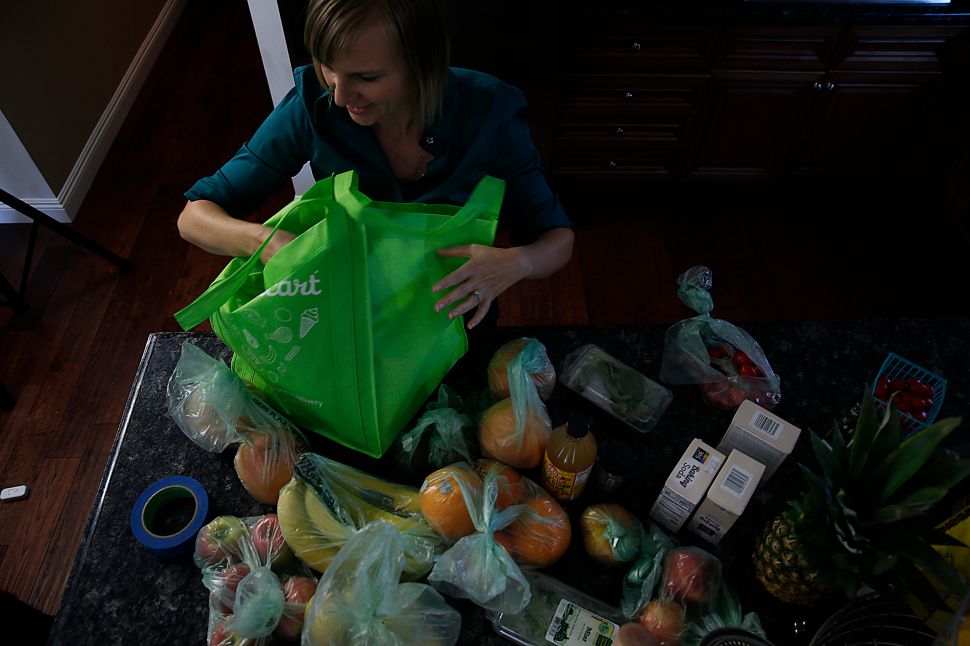