Back in September, Instacart announced it would start offering opt-in benefits to its thousands of contracted workers. But as it turns out, what Instacart “Shoppers” are really after is fair wages, resulting in yet another strike (for the fourth year in a row), asking for reinstatement of the company’s previous pay structure.

As Vanessa Bain, one of the three-day walk-off’s organizers, wrote on Medium in October, workers are “demanding that Instacart restore the default tip amount to at least 10% and to remove the confusing ‘service fee’ which the company pockets for themselves.”

From November 3-5, the group aims to disrupt Instacart’s platform by refusing to accept or fulfill customer orders. This is just the latest wage-related walk-off by Instacart gig workers, who say they’ve dealt with constant changes to their base pay and tips received.

Instacart declined to comment on whether its workforce has indeed taken advantage of its recently rolled-out perks, which include Shopper Injury Protection, family care and “resources to help them reach their health and finance goals.” However, a spokesperson iterated that Instacart, which boasted a 75% year-over-year revenue increase in early 2019, takes its Shoppers’ wage concerns to heart.

“We take the feedback of the Shopper community very seriously and remain committed to listening to and using that feedback to improve their experience,” the company told Observer in a statement.

Despite the pronounced commitment, the San Francisco-based startup has yet to directly address the job walk-off.

“We have been getting great feedback via Twitter, especially after posting the open letter to CEO Apoorva Mehta,” one of the protest organizers, who asked to remain anonymous, told Observer. She explained that Instacart is still “ignoring the workers” who have chosen to forgo taking orders during the strike. “We plan to publish a new open letter later this week, showing how we were able to disrupt their system.”

Over the years, Instacart Shoppers’ “demand for more tips” has painted them as greedy gig workers, explained New York-based Shopper Sarah Eleonor, who’s participating in the walk-off However, it’s the confusion that comes with the pay structure that has caused friction between workers, the company and the oftentimes oblivious customers.

“I don’t use any of them,” Eleanor said of the recently-introduced “Holistic Shopper Experience” benefits, noting that she doesn’t currently earn enough to use the offered Stride financial tools. “For a lot of us, that’s not helpful,” she explained, noting that her average pay had been cut by about $500 to $800 a week since 2018. She now makes around $89 for being “active” on the app for 60 to 84 hours a week.

At the time of the benefit package’s release, Instacart said its data showed that women make up 73% of its community, which prompted it to offer a complimentary Care.com membership for childcare services.

One of these contractors is Fairfield, Calif.-based mom of three Sonya Stewart, who told Observer she loved the flexibility and enjoyed the work when she began working for Instacart three years ago. However between taking care of three children and the overhead spent driving grocery batches around, Stewart is now attempting to find other gig-based work to supplement the pay decrease. She calculated that the wage restructuring, which has evolved to bundle what Instacart refers to as order “batches,” had dropped from $1,600 down to about $300 per week.

Stewart hasn’t opted into any of the Instacart perks, explaining that she already has insurance and benefits; this is just her side gig.

The walk-off organizer who spoke with Observer noted that the coordinators received help and resources from other tech workers, such as the employees behind the Google walkouts, who came to the aid of many Instacart protestors. “They’re going to try to help lift our voices and do their part. We’re just latching on to whatever advice and assistance we receive.”

“They know 100% what they’re doing, and us workers are done,” a frustrated Eleanor went on to say, noting that many of the workers fear the retaliation of having their Shopper profiles deactivated.

In the letter to Mehta, Instacart workers expressed their longtime dissatisfaction, writing: “Every year we push back as our pay spirals further down the drain, and Instacart’s valuation swells by the billions, and your net worth skyrockets. When will enough be enough? Because of your greed or inaction, or lack of concern, Shoppers now struggle to put food on the table and a roof over their families’ heads.”

With the final day of the walk-off under way, it’s still unclear whether Instacart will give into the workers’ demands. 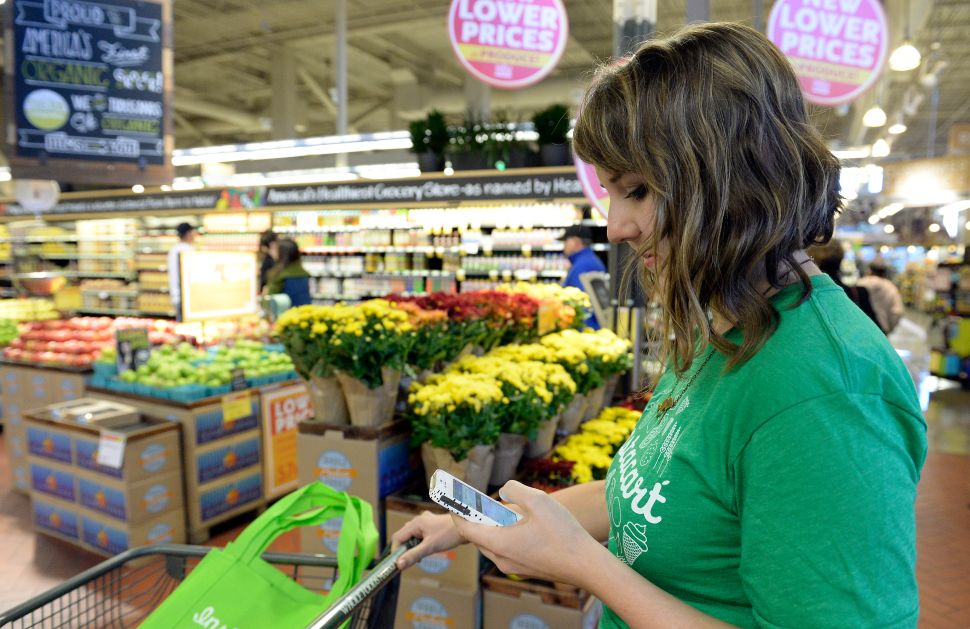