Newlywed Jennifer Lawrence is ready to makes some changes to her real estate portfolio. The Academy Award-winning actress, who married art dealer Cooke Maroney in a celeb-filled wedding in Newport, Rhode Island in October, is so prepared to part with her sprawling New York penthouse that she’s willing to take a loss.

Lawrence purchased the Upper East Side condo for $15.6 million in an under-the-radar deal in August 2016, reports the New York Post. Actually, it wasn’t even clear that Lawrence owned this 4,073-square-foot apartment until now, but it’s where she’s apparently been residing for the past few years, even after she bought that glitzy penthouse in Tribeca’s celebrity-beloved 443 Greenwich for a touch over $9 million in early 2017. It doesn’t appear the actress ever actually resided in the downtown residence, as she promptly listed it as a pricey rental just one month after she scooped up the home.

But back to the three-bedroom, 4.5-bathroom Upper East Side abode, which is now on the market for $14.25 million. That’s a bit under the $15.45 million the place was first listed for in July, but it looks like Lawrence wasn’t ever seeking a profit.

The airy apartment is reached by way of a key-locked elevator that opens into a private vestibule, and features walnut oak floors and 12-foot ceilings throughout. Opaque glass doors with wrought iron detail lead into the great room, which is composed of a huge living area and a dining space, divided by a double-sided limestone gas fireplace.

The kitchen is fitted with custom white lacquer cabinetry, honed Carrera marble countertops and fancy stainless steel appliances, and is adjacent to another dining area.

The bedrooms are separated from the public entertaining spaces by a hallway. The master suite has direct access to the huge terrace, and the large bathroom is equipped with a built-in soaking tub, windowed glass shower, double marble vanity and a backlit television display. There’s also a huge dressing room, which was previously a spare bedroom, per the listing held by Compass broker Pamela D’Arc.

The Post reports that while Lawrence is ready to part with this uptown home, she isn’t looking to permanently separate from her Tribeca penthouse, and is “content to keep playing landlord.” So it seems that the actress and her new husband are now on the hunt for a new home in Manhattan, and according to Variety, the duo have been checking out expensive apartments downtown since at least May. 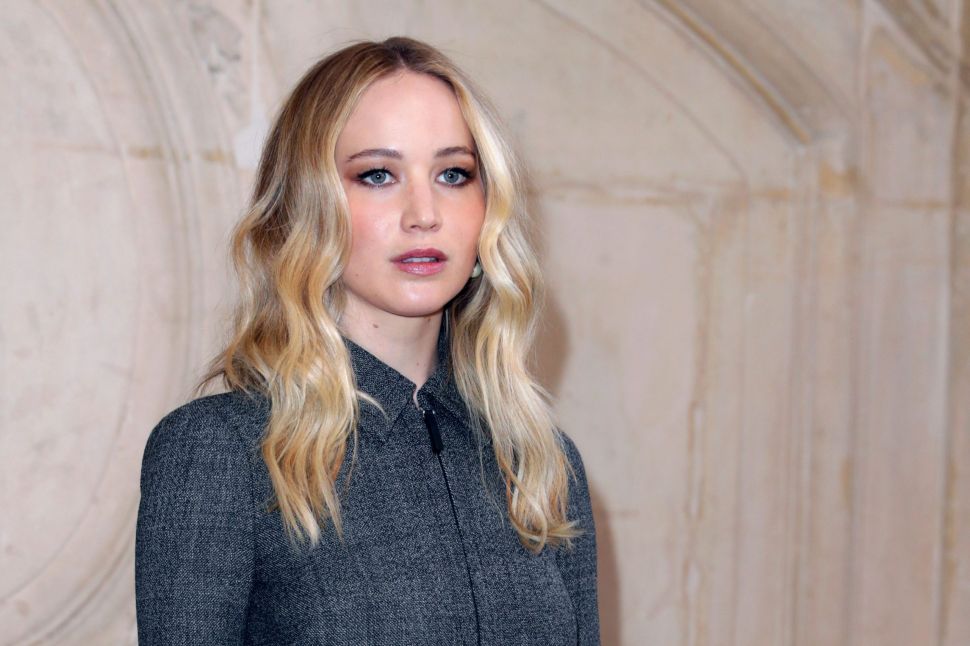