Jennifer Lawrence is determined to find a buyer for her Upper East Side penthouse. The actress, who married Cooke Maroney earlier this year and recently returned to New York after a luxe honeymoon in Indonesia, has owned the 4,073-square-foot penthouse since August 2016, when she paid $15.6 million for the home in a super low-key deal—it wasn’t even known that she purchased this home until earlier this month, when the New York Post reported on the listing.

For some reason, Lawrence wasn’t ever looking for a profit, as she first listed the home for sale at $15.45 million in July. But it’s looking like she’s going to take an even bigger loss than expected, as the price has been steadily dwindling over the past few months. The three-bedroom, 4.5-bathroom condo was down to $14.25 million in early November, and now she’s chopped the ask to $12 million.

That means the Academy Award-winner is taking an approximately $3.6 million loss if she manages to locate a buyer willing to pay the full current price tag, and that’s not including the brokerage and transaction costs that she’ll have to pay, too.

A key-locked elevator opens to a private vestibule to enter the apartment. The roomy kitchen is equipped with stainless steel Gaggenau and SubZero appliances, with custom white lacquer cabinetry and white honed Carrera marble countertops.

The airy great room is reached via glass and wrought iron doors, and is comprised of a dining area and a double living room that’s divided by a two-sided limestone gas fireplace. There are walls of windows and 12-foot ceilings throughout.

The bedrooms are in a separate wing of the home, separated from the public spaces by a long hallway. The master suite has a living area and a dressing room that was once a spare bedroom. There are two master bathrooms; the larger is fitted with a soaking tub, windowed glass walk-in shower and a marble double sink.

The penthouse also has two floors of coveted, landscaped private outdoor space, complete with a full kitchen, built-in grill, sink and fridge, as well as numerous seating areas, a living room with a gas fireplace and a built-in ping pong table.

Lawrence already owns another home in New York, as she purchased a nearly $9 million penthouse at Tribeca’s 443 Greenwich in early 2017, though it doesn’t look like she’s ever really lived there, and instead has chosen to rent it out. But she’s apparently on the lookout for another luxe space, as she and Maroney have been checking out downtown apartments since earlier this year. 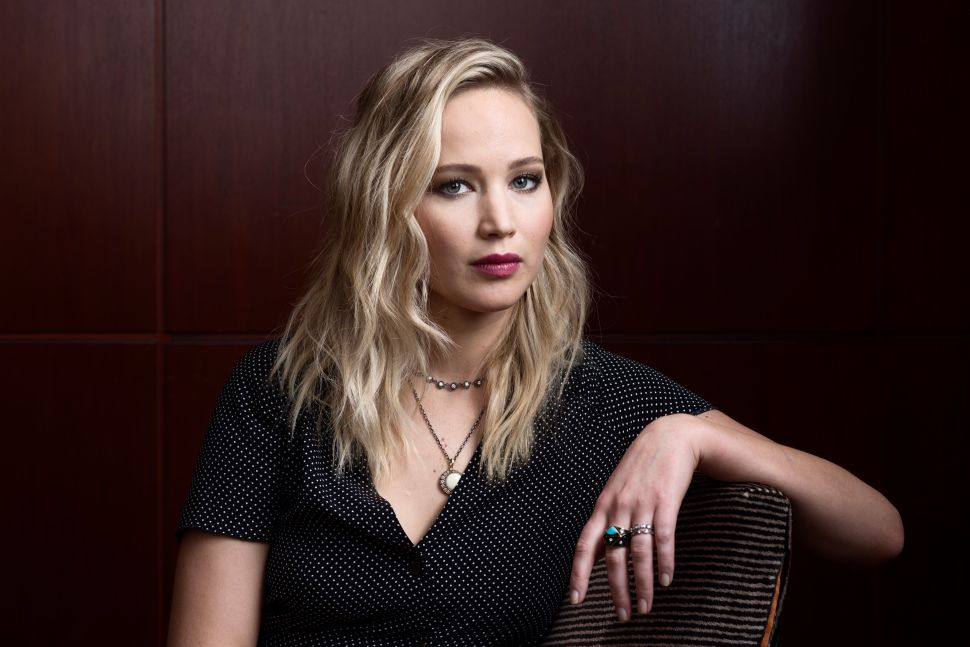