Sophie Turner and Joe Jonas tied the knot for a second time over the summer, and then proceeded to embark on two different honeymoon getaways. Now that they’re settling into married life, it seems they’ve made a decision about where to set up their home base.

The former Game of Thrones actress and JoBro reportedly paid a hefty $14.1 million for a palatial 15,000-square-foot mansion in Encino, according to the Wall Street Journal. The 10-bedroom, 11.5-bathroom house is located in the Royal Oaks enclave.

The home features walnut floors and lots of sliding glass doors and oversized windows throughout. The open kitchen is fitted with stainless steel appliances, custom European cabinetry and a walnut breakfast island, with counter seating by the overhang, as well as a separate breakfast nook. The dining room has a custom glassy wine cellar, and the oversized living area has a large marble fireplace.

There’s also a study with built-in bookshelves, a fancy home movie theater and a gym.

The sprawling master suite has a custom vaulted ceiling, a large sitting area with a fireplace, double closets, a wraparound balcony and a huge marble bathroom.

Just in case there’s not enough room inside this massive property, there’s also a two-bedroom guesthouse with private living space and its own kitchen.

Outside, the backyard is composed of a black bottom lap pool, spa, al fresco dining space, an outdoor living area with a fireplace and a barbecue.

Turner and Jonas already have friends in their new neighborhood, as per the WSJ, Nick Jonas and Priyanka Chopra also scooped up a home in Encino. Jonas and Chopra, who sold their Beverly Hills house to Naomi Osaka earlier this year, reportedly doled out approximately $20 million for a 20,000-square-foot home less than three miles away from this Royal Oaks estate. 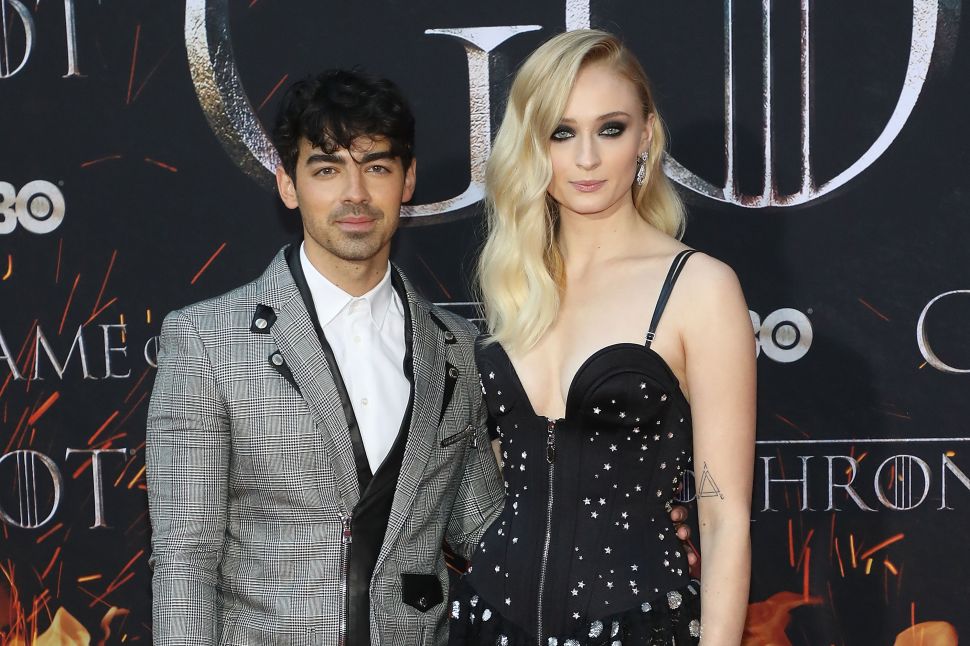