Multiple states are joining a chorus of lawsuits against Juul Labs.

This week the state of California and two Washington State counties filed suits against the San Francisco-based vape maker for marketing tactics that put minors’ lives at risk, claiming the company is to be blamed for the recent burst of vape-related deaths. By Tuesday morning, New York Attorney General Letitia James announced her own plans of suing Juul.

“Juul has allegedly engaged in deceptive marketing practices targeting minors and misled consumers about both the nicotine content and safety of its products,” James’ official account wrote in a tweet. “They’ve put countless New Yorkers at risk & we won’t stand for it.”

The string of lawsuits arrive at a crucial time for Juul, which is attempting to rehab its tarnished image by complying with e-cigarette use regulations.

A company spokesperson told CNN they “remain focused on resetting the vapor category in the U.S. and earning the trust of society by working cooperatively with attorneys general, regulators, public health officials and other stakeholders to combat underage use and convert adult smokers from combustible cigarettes.”

The “reset” strategy reiterates Juul’s statement last month, when CEO K.C. Crosthwaite announced the company was discontinuing sales of its fruit and mint flavored liquid nicotine pods until the Food and Drug Administration (FDA) reassesses their safety. Though according to the latest data, the flavors have been instrumental in helping adult smokers quit traditional cigarettes.

While it’s still unclear how the latest lawsuits will affect the FDA’s decision about approving Juul’s products, their filing is, at the very least, a bad sign for the company. This is especially true considering the latest statements from former FDA commissioner Scott Gottlieb, who on Monday called for an all-out ban on Juul devices.

“It’s very clear that Juul can’t keep their products out of the hands of kids. It could be that this product can’t exist on the market anymore,” Gottlieb told CNBC.

The crusade against Juul, and the vaping industry in general, is no longer limited to federal and state officials. This month, Apple banned vape-related apps from its popular App Store, citing health risk warnings from the Centers for Disease Control and Prevention (CDC) and the American Heart Association. 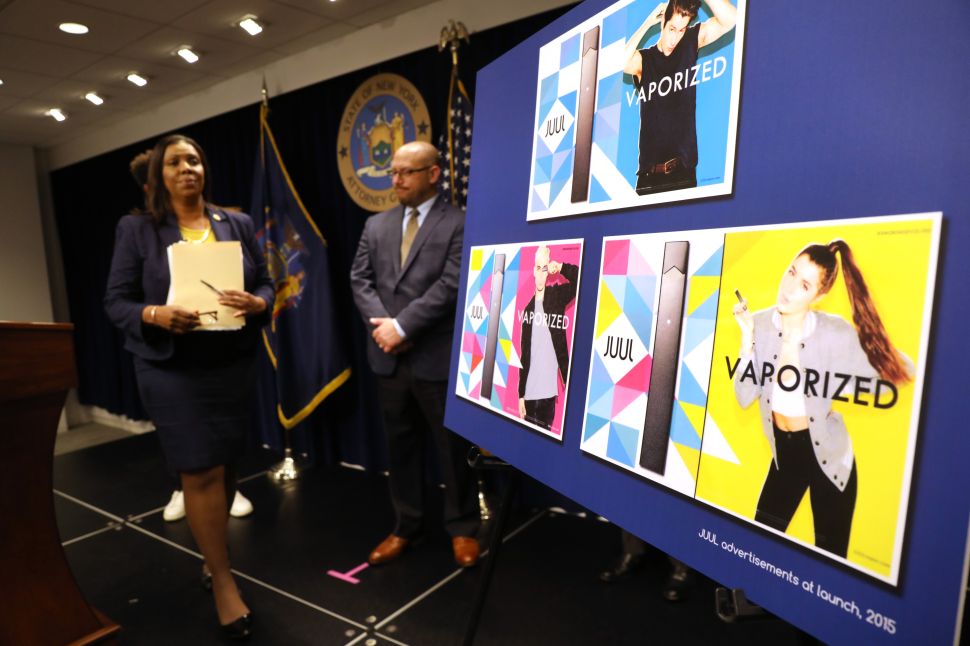