After five years of ownership, Katie Holmes is ready to part with her Calabasas home. The actress purchased the six-bedroom, 6.5-bathroom mansion in the gated The Oaks community for $3.8 million back in 2014, two years after finalizing her divorce from Tom Cruise, and now she’s prepared to offload the property.

The 6,040-square-foot abode has been “extensively customized,” per the listing held by Sotheby’s International Realty broker Scott Cort, with dark wood floors, sparkling chandeliers and sleek details throughout.

Holmes is listing the 0.48-acre estate for $4.63 million, as first spotted by the Los Angeles Times.

There is a formal dining room, as well as a living room with a fireplace and another family room with its own fireplace.

The master suite has a separate windowed sitting area and access to an outdoor sun deck, plus a walk-in closet and a bathroom with a built-in tub.

Outside, there’s a pool and spa, various lounging areas and seating spots, a sports court and a kitchenette. There’s also a fire pit and a covered loggia for al fresco dining.

It would seem that Holmes hasn’t used this property as her primary residence in a while, as she mostly lives in New York with her daughter, Suri Cruise, who is enrolled at a Manhattan school. Holmes previously rented an apartment at the Chelsea Mercantile, though she since moved on and reportedly purchased a condo elsewhere in the neighborhood, at Walker Tower. 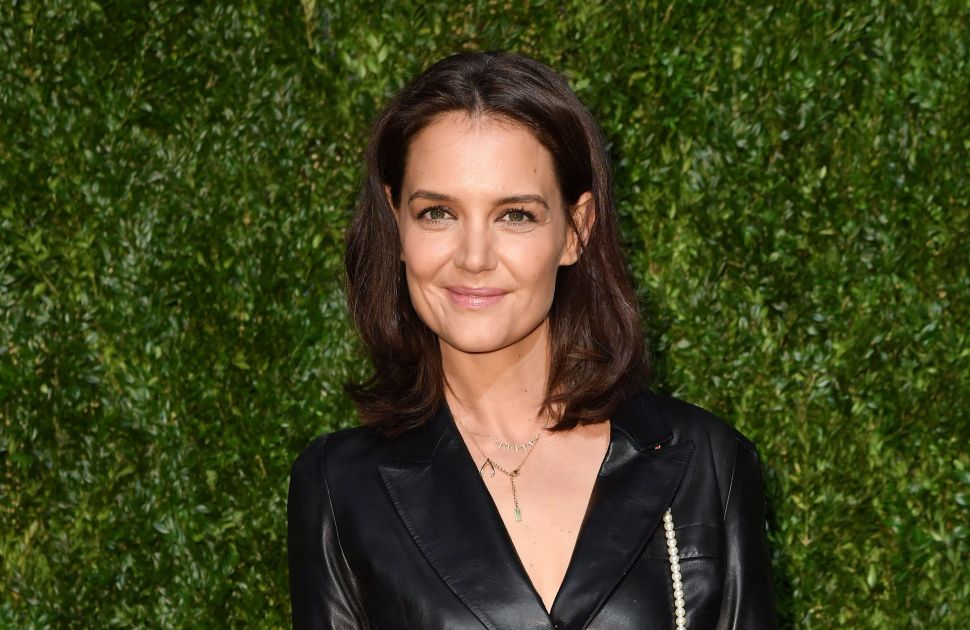