Within the context of the brand sponsorship-saturated 21st century, KAWS definitely qualifies as one of the world’s savviest living artists. In the same way that the Kardashians have successfully attributed meaning to and monetized every waking living moment of their lives, KAWS has long been omnipresent in the generalized global fine arts conversation because of the speed with which he churns out his designs, sculptures, streetwear collaborations and paintings—many of which feature his distinctive, quasi-Mickey Mouse figures. As a result, his work consistently commands huge auction prices. As though to prove further that it’s good to be KAWS right now, the artist, who has a studio in Williamsburg at 101 North 9th Street, just forked over $17 million to Thor Equities to purchase the building next door so that his studio space can be expanded.

According to The Real Deal, the building that KAWS (real name Brian Donnelly) just purchased amounts to 10,000 square feet, which means that his existing studio, which used to be a derelict building that the artist snapped up years ago for a mere $995,000, will likely receive a significant upgrade. And his existing studio is already pretty swanky: it was renovated by the Tokyo-based architect Masamichi Katayama, a frequent KAWS collaborator, and the structure has a second floor office space and balcony with apparently admirable views of Manhattan.

According to Christie’s, in 2018 alone, worked by KAWS pulled in over $33.8 million at auction, and his inflatable figures have undoubtedly captivated audiences all over the world. Therefore, one way to look at the artist’s recent real estate acquisition is that it’s heartening to see at least some creatives thrive to the point where they’re able to afford astronomically huge personal studio spaces. This is especially true when you consider the fact that it’s become more and more impossible for artists to live and work in New York, as rent prices climb astronomically.

However, one also wonders why one man needs so much studio space, especially when tons of artists in the five boroughs would kill for just 150 square feet in which to paint. Maybe KAWS could share? 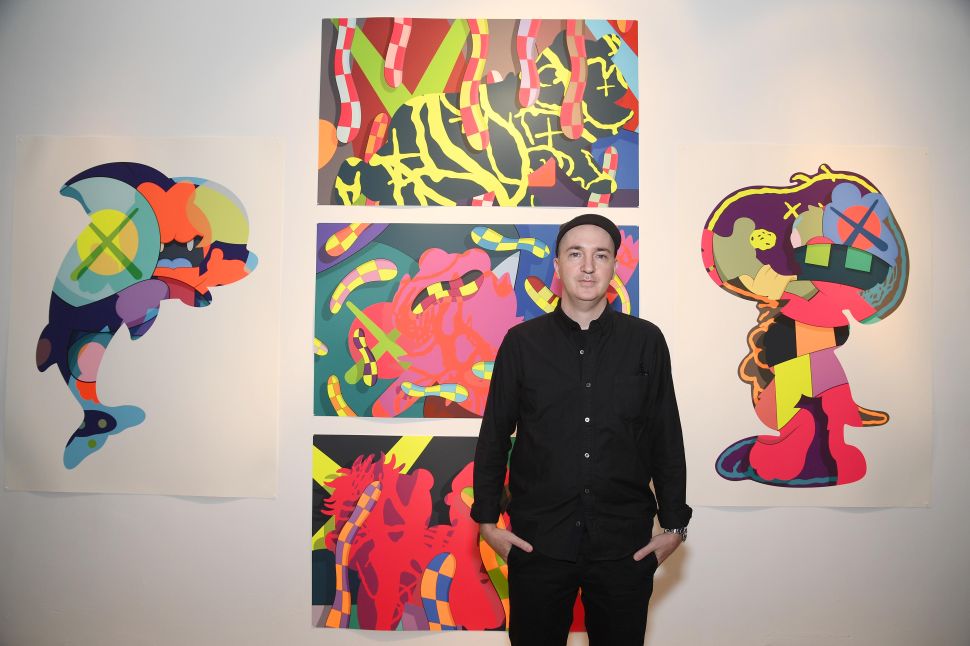