Within the constellation of rich people that constitutes the overlapping worlds of celebrities and fine artists, there have been an increasing amount of romantic relationships popping up recently. Certain outlets have referred to this as the Art Boy phenomenon, and the formula is almost shockingly consistent: a high-powered famous actress meets a sophisticated artist or a behind-the-scenes cultural scion; they click and settle in with each other almost immediately, just like Jennifer Lawrence and her new husband, gallery director Cooke Maroney. On Monday evening, Twitter was set ablaze by news of yet another celeb-artist pairing, this time with a twist: Keanu Reeves is reportedly dating Alexandra Grant, a Los Angeles-based contemporary artist.

The gossip that seemed to be swirling on everyone’s social channels last night had a lot to do with patting Reeves on the back for dating someone age-appropriate, as opposed to pretty much every other famous man in Hollywood (looking at you, Leonardo DiCaprio). However, Grant wasn’t created yesterday just to stand next to Keanu Reeves and serve as tacit evidence of his good taste. Her artwork in and of itself is wide-ranging in terms of medium and execution. She’s made striking, kinetic wire “nimbus” sculptures, organized participatory art projects that revolve around the myth of Antigone and crafted dizzying collages rendered with crayon and watercolors.

SEE ALSO: New York Gets Its Own Version of Anish Kapoor’s ‘Bean’—But With a Difference

Plus, throughout her long and interesting career, she’s been exhibited at prestigious spaces including Honor Fraser Gallery, Night Gallery, Galerie Lelong, the Museum of Contemporary Art in Los Angeles and LACMA.

She also cofounded X Artists’ Books, a publishing house for artist-centered books, with Reeves and the designer Jessica Fleischmann. In fact, her body of work features a lot of collaborations with artists of different mediums, which is how she and Reeves happened to first work together: in 2011, she made hazy, blotted drawings out of ink for his first book, Ode to Happiness, which was meant to poke fun at the actors seriousness. Grant is currently represented by Lowell Ryan Projects, which hasn’t yet returned Observer’s request for comment. In any case, it’s clear that this new couple should continue to make interesting work together, if only to dissuade hordes of Keanu super-fans who’ve deemed him “the internet’s boyfriend.“ 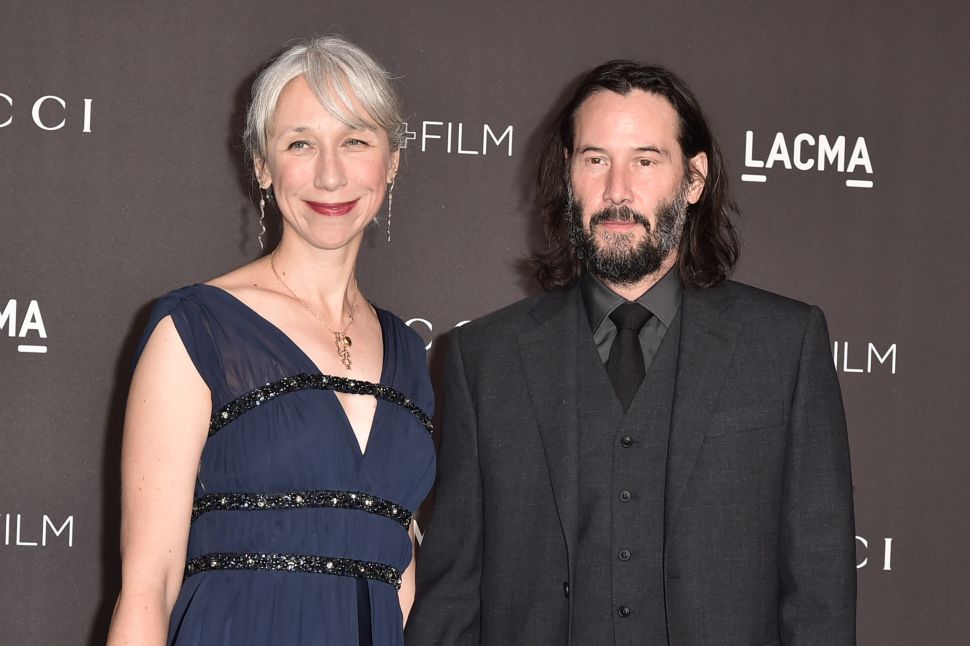