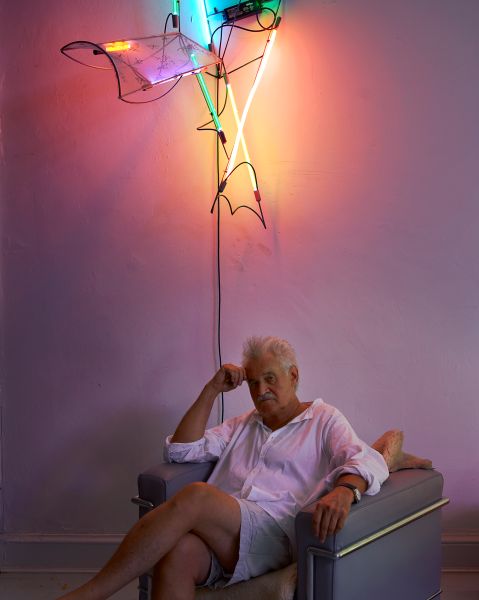 Art history has seen many career-defining ties between artists and a single material that they become known for using: there’s Joseph Beuys and melancholy-imbued felts, Eva Hesse and sand-filled stockings, Richard Serra and Corten.

But unlike other marriages between artists and their signature mediums, Keith Sonnier’s use of neon tubes in the mid-1960s was radical for what it did for his material of choice. Already imbued with commercial connotations and frosty vibes, Sonnier flipped the script, showing how they could be delicate, organic, poetic.

SEE ALSO: Nicolas Party Is Painting Pastels on Everything From Museum Walls to Hospital Halls

More than half a decade later, the 78-year-old artist has just opened an exhibition titled “Louisiana Suite,” at Kasmin gallery. Dedicated to mixed media sculptures based on his unrealized sketches from 1969, the show is a prime example of his ability to juxtapose flashes of light stemming from neon rods with materials like foam and glass. 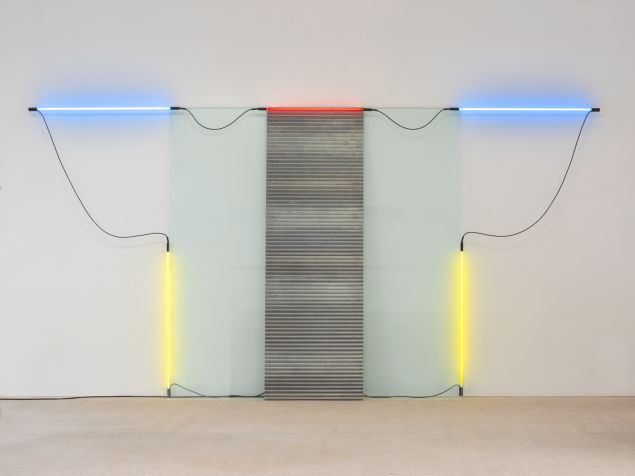 Still working from his Bridgehampton, Long Island studio, Sonnier has gained a reputation for using the unforeseeable washes of color that neon casts off almost like brushstrokes conveying landscapes. His inclusion of bulky materials such as mountainous semi-folded foam piles and aquatic glass panels enhances his sculptures’ affinity to nature, which signifies for the artist the endless vistas of childhood in Louisiana. “Kasmin’s architecture dictated the realization of these four monumental pieces, although I’ve shown different works from the series in different parts of the world, such as Neue Nationalgalerie in Berlin and Lever House in New York,” Sonnier explained to Observer about turning the sketches into sculptures fifty years later. The works’ series title, “Ba-o-Ba,” which he slowly spells over the phone, refers to a boat he came across in Jacmel in Haiti. The fisherman had named this boat after the Cajun phrase “light bath,” which is used to describe nocturnal fishing trips over moonlight.

From the placid turquoises of the blue moon to the scorching yellows of the southern sun, colors and their associations with nature still define Sonnier’s sculptures. All are inspired by deeply personal experiences, but retain a particular spot in the history of Post-Minimalist American art, following Pollock’s assertive splashes of paint and Judd’s painfully precise sculptures of reduced forms. On the brink of two such polar movements, Sonnier synthesized Abstract Expressionism’s unpredictable and dramatic conveyance of the artistic hand with Minimalism’ sleek and avant-garde assumption of tomorrow’s materials and forms. 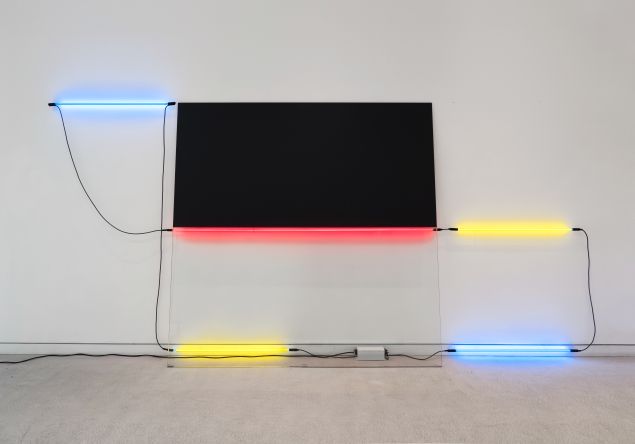 Moving to New York in the late ‘60s, just after he received his MFA from Rutgers, Sonnier gained recognition with his mixed media wall pieces that drew cues from urban life: street window displays with inviting flashes of colors, clutters of domestic “stuff” populating homes, and technological goods entering the domestic realm. Sonnier’s assemblages of neon with various familiar and foreign materials saluted Pop Art’s unabashed embrace of the commercial aesthetic and the blurring line between high and low, buyable and rare, and humorous and somber. “I think that early investigation of any kind of materials as [a] source was probably quite important; to realize that anything could be considered art, as long as you could somehow control its manipulation or its content, or the suggestion of content.” he explained about starting his career with an open-minded approach to materials to Parachute Magazine in 1977. 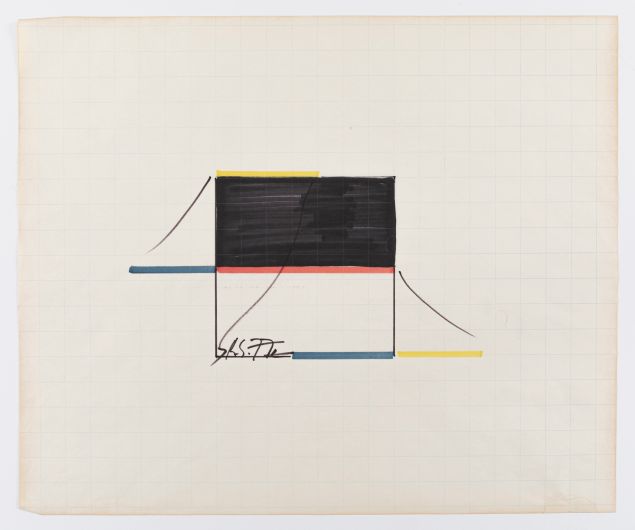 In the “Ba-o-Ba” series, neon’s conversation with glass panels extends light’s possibilities of reflection—in both definitions of the word. Transparent and spectral, glass surfaces render the glass tubes bird-like, helping them to defy gravity and logic. In Ba-o-Ba Nice, 1977/2018, a horizontal black glass panel is reminiscent of a nocturnal horizon, accompanied by blue, red and yellow neons; La Niçoise, 1977/2019 introduces large surfaces of glass accentuated by lines of yellow and blue lights on their edges in a harmony that both seems resilient and evanescent. “Until Today,” the Parrish Art Museum’s 2018 survey that took over the museum’s Herzog & de Meuron-designed interior with works from Sonnier’s half-decade career, did justice to Sonnier’s body of work, which hadn’t seen a retrospective of that size in 35 years. Kasmin’s “Louisiana Suite” resumes the conversation, showing there’s more to come.

Keith Sonnier: “Louisiana Suite” is on view at Kasmin through January 27, 2020. 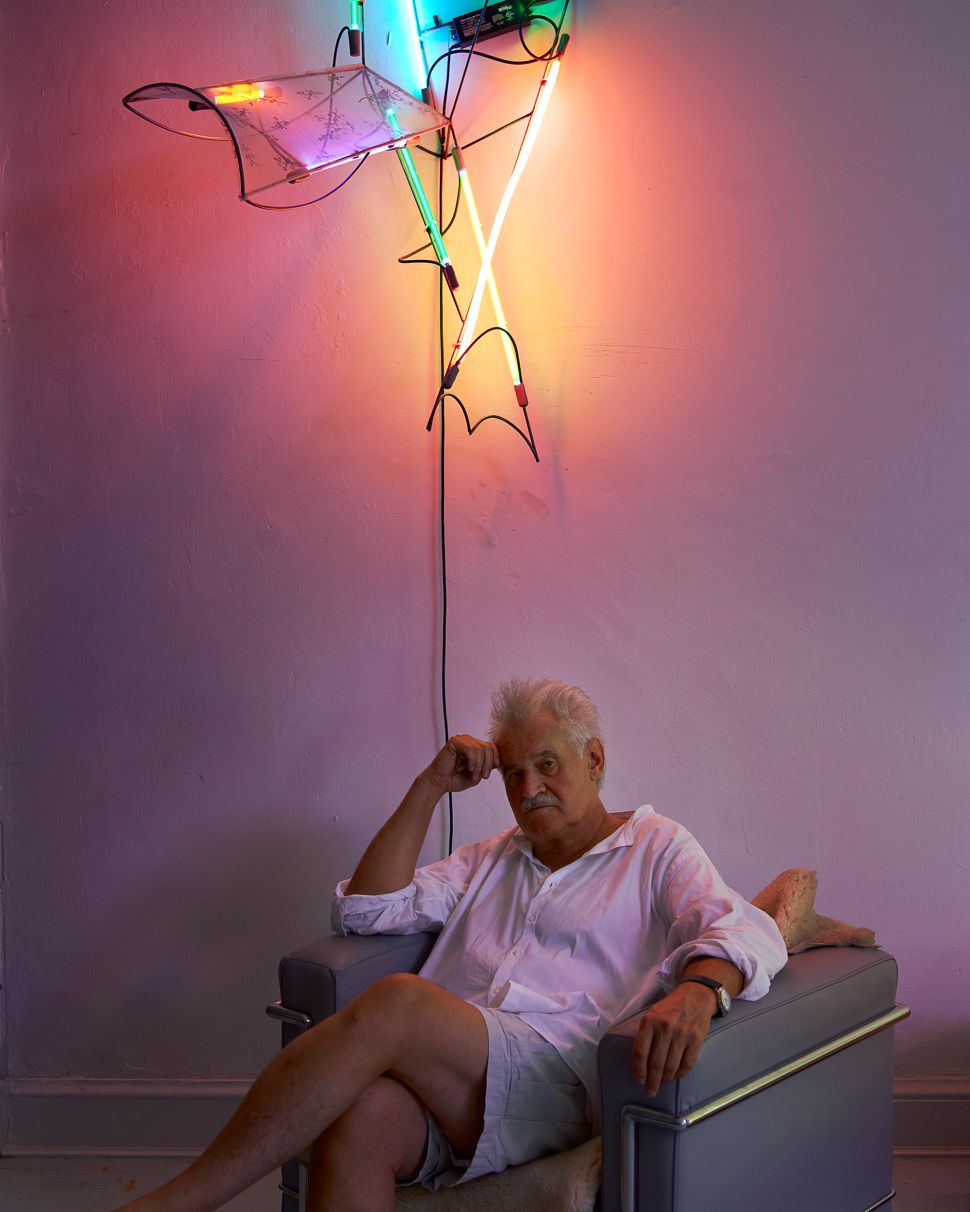