The Kardashian universe isn’t exactly known for keeping things low-key, so it’s not particularly surprising that Kim Kardashian and Kanye West have added yet another property to their massive Hidden Hills compound.

Kardashian and West, who have four children, reportedly doled out $2.98 million for a single-story, ranch-style home near their own estate, as first spotted by Variety.

SEE ALSO: Kylie Jenner Filed a Restraining Order After a Trespassing Incident at Her Home

At present, the four-bedroom, 3.5-bathroom home is a far cry from Kimye’s usual über minimalist, modern and all-nude aesthetic. There’s lots of wood and brick, and the who current look is a little more rustic than we think the aspiring lawyer and musician will stick with—a complete remodel seems imminent. That is, if they don’t knock the entire thing down. Perhaps the couple is just in a ranch-esque mood as of late—they did, after all, recently buy a secluded Wyoming property.

The kitchen is equipped with stainless steel appliances, a large center island and granite countertops, with a small breakfast nook. There’s also a dining room.

The master suite contains a stone-framed fireplace and beamed ceilings, with a sitting area. Outside, there’s a covered patio with a built-in barbecue as well as a pool and spa.

The 1.49-acre property also includes an equestrian set-up on the other side of the street, with a four-stall barn, tack and feed rooms and a corral area—perhaps it’s for when noted horse girl Kendall Jenner comes to visit her sister.

Kardashian and West purchased their current Hidden Hills spread for more than $20 million in 2014, and completed a $20 million renovation before finally moving in by late 2017. They’ve since scooped up a spare $2.7 million neighboring estate earlier this year, and now they have this new addition. Perhaps the contour connoisseur needs more space for all those SKIMS bodysuits, or extra storage for KKW Beauty nude palettes. Or maybe this time around, Kardashian and West just want to keep an extra home where they don’t have to fly in a cleaning crew from Europe every single time there’s a scuff on their Belgian plaster floors. 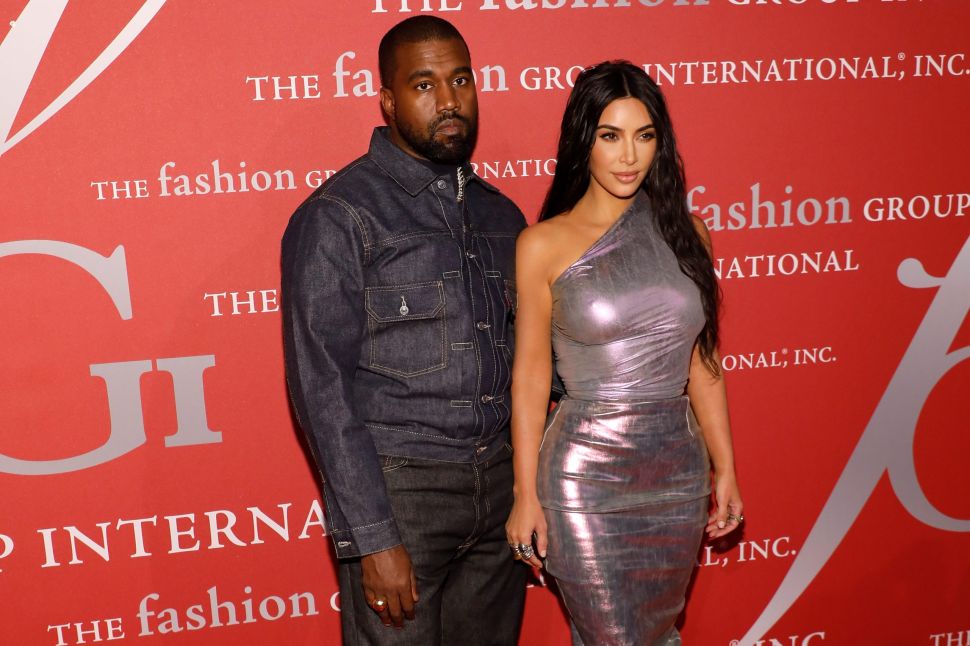