The Kardashian-West family has been expanding their real estate holdings as of late, but now they’re going the opposite route and actually looking to part with one of their spare residences. Kim Kardashian and Kanye West are listing their three-bedroom, four-bathroom apartment in the Avanti for sale, with a $3.4 million price tag attached.

The KKW Beauty contour queen is actually the one who purchased the 2,260-square-foot Calabasas home for $1.6 million back in August 2017, per Variety, but the reality star and the musician completed the renovation together. They brought in Belgian architect Vincent Van Duyse to redo the condo, in the exact stark, minimalist and über neutral look we’ve come to expect from all the Kardashian-West interiors and also Kim’s crop tops.

If you were wondering why, exactly, the couple needed this extra abode when they already have a truly sprawling compound in Hidden Hills, it’s because they never actually lived here. Kardashian encyclopedia E! News reports that the duo used this apartment mostly as an office space for their businesses—more specifically, for SKIMS, KKW Beauty, KKW Fragrances and so on.

But perhaps they’ve outgrown it, as the apartment is now listed for $3.5 million. There is European oak flooring throughout, with custom plaster used for the walls, ceiling and cabinetry. The sleek kitchen is equipped with Gaggenau, SubZero and Bosch appliances, with an adjacent dining area.

The home is filled with custom furniture, drapery, chandeliers and light fixtures all chosen by Van Duysen, and the master suite has a bathroom with a custom vanity. There’s also a covered outdoor deck.

It’s not certain why Kardashian and West, who have four children, decided to list this unit for sale right now, but maybe it’s because of the major additions they’ve purchased for their aforementioned Hidden Hills compound. In the past few months, they’ve scooped up two extra properties in order to expand the estate, so there’s more than enough room for an enormous new office. 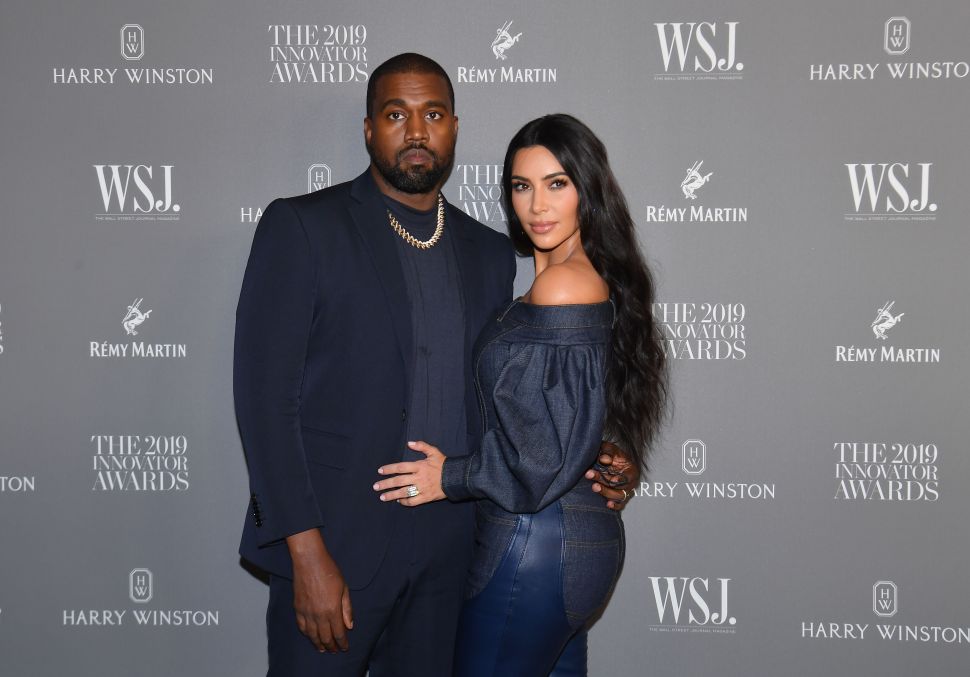