The good news about Last Christmas—a romantic comedy of sorts from the pairing of director Paul Feig and Emma Thompson, who co-stars and co-wrote the script—is that airlines like Delta won’t have to worry about editing it when it meets its inevitable fate of being limply enjoyable inflight entertainment. If anything, they may want to add in a few scenes to spice things up.

Its story follows a mildly screwed-up aspiring singer (Emilia Clarke) as she stumbles through modern day London and becomes the object of interest of a cheerfully mysterious bicycle riding stranger (Henry Golding). It’s said to be inspired by the seasonally inescapable chestnut by George Michael that lends the film its title. That song, along with many of the late singer’s other pop hits, is liberally poured all over the proceedings like golden syrup on Sticky Toffee Pudding. (At one point, a red Christmas ornament shaped like a gibbon belts it out.)

But based on how profoundly chaste the film is, you would have guessed that it was a riff on the oeuvre of the Mormon Tabernacle Choir. This is a movie where the characters utter the word “weird” enough times to fill an Advent calendar; in truth, the only thing that’s actually weird about it is how middle-of-the-road and mild it is. The depth of talent behind the screen and the appeal and attractiveness of the two stars should have resulted in something with slightly more than what we get here, which is essentially a Hallmark Christmas movie that has been gifted an outsized budget for music licensing.

That said, what the film lacks in edge, it makes up for (somewhat, at least) in verve. Feig’s direction has a bubbly quality to it, and he wisely keeps the pace brisk enough that we are never forced to think too hard. The Bridesmaids director manages to keep things bright and effervescent even when the tale takes a turn for the maudlin and we learn about the backstory for Clarke’s Katerina, who emigrated from the former Yugoslavia as a child and had a near-fatal health scare the Christmas before.

Now she spends her days as a surly elf at a year-round Christmas store run by a Chinese immigrant who calls herself Santa (Michelle Yeoh) and her nights couch surfing in a state of semi-drunkenness to stay free from the talons of her controlling mother (Thompson). Golding’s Tom, who introduces Katerina to his favorite hidden spots around London and generally lends a sympathetic and nonjudgmental ear more in keeping with a high-end therapist than a traditional rom-com love interest, gently prods her towards a better life path. While the pair make for pleasing company as they visit city parks and slip into closed ice rinks, as a cocktail, they carry about as much kick as club soda cut with seltzer .

There is a single fleeting moment of sexual electricity in the entire movie. It comes when Tom asks Katerina—she tends to prefer Kate—for her consent while they bond in his tidy apartment. Alas, it’s just to touch a scar from a recent surgery, though they do end up sharing a goodnight kiss. Fortunately, there are a few more laughs to be had than that; almost all of them come courtesy of Thompson, who as a producer and writer made the executive decision of keeping the script’s sharpest jokes to herself.

The film backloads some “significant issues” into its second half. Kate winds up volunteering at a homeless shelter; it is revealed that she has a gay sister (Lydia Leonard) who has yet to come out to their parents; and she witnesses some of the hostility towards immigrants that led to Brexit’s approval in 2016. But the film is no more weighty than it is sexy, and these moments and the underlying complexities they represent feel more like items to check off a list than matters in which to actually engage.

But perhaps that’s the point. To go any deeper would be to risk offense in a film that is calculated to be as safe and unobjectionable as possible. As a result, Last Christmas doesn’t end up transforming George Michael’s earworm into a movie; it turns it into just more elevator music. 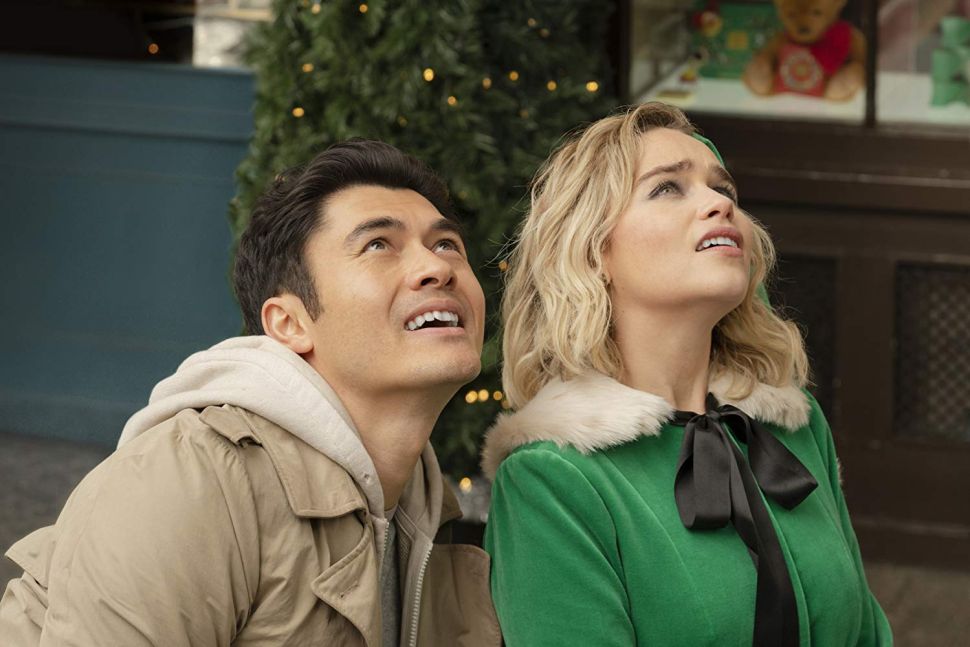