Unless you’re Disney, it’s not a fun time to be a movie studio. Today, it’s harder than ever to convince the masses to purchase a ticket. Blockbusters built on top of beloved originals are losing money (sorry, Terminator: Dark Fate), star-driven action adventures can’t turn a profit (apologies, Will Smith’s Gemini Man), superhero tentpoles are no sure thing (our condolences, Dark Phoenix) and even high-quality originals can’t catch a break (we failed you, Ad Astra). But there is one studio that consistently finds itself nipping at Disney’s heels in this volatile marketplace.

Universal Pictures has ranked among the top three in North American box-office gross in three of the past four years, landing in the No. 1 spot in 2015 and ranking third in 2019 as of this writing. It boasts more No. 1 opening weekends than any other studio this year—yes, even Disney—and has orbited the top without the aid of superheroes in today’s comic book-driven ecosystem and without a reliance on acquired brands. It’s a strategy that isn’t lost on talent such as Last Christmas director Paul Feig.

SEE ALSO: Experts’ Biggest Predictions About the Future of Entertainment

“I think they’re the one studio that is the least afraid of original ideas,” Feig told Observer. “They don’t have a lot of pre-existing [intellectual property]. They have the Fast and Furious and Jurassic World franchises. They’ve got this old back catalog of old movie properties. But they don’t have a comic book brand. They don’t have all that, and I think there’s something really freeing about it. I love those movies and I think they’re great, but it’s really fun to be somewhere that the first thing you do doesn’t need to be a known piece of IP that’s super famous.”

In March, the Bridesmaids director jumped from Fox to Universal on a new first-look deal. Last Christmas, which opened this weekend and is the first picture of the new pact, afforded him the opportunity to oversee a romantic comedy for the first time in his career. Next, he’ll write and direct the monster movie Dark Army for Universal. After that, he says he’s desperate to make a big splashy musical, an epic sci-fi blockbuster, and a western. With such an eclectic pallet, Feig knows the versatile Universal is one of the few homes that will empower him to genre hop like an excited kangaroo.

“[Chairman, Universal Filmed Entertainment Group] Donna Langley is just really wonderful. She is a real risk-taker. And the people there are just so filmmaker friendly,” Feig said. “They really care about movies, and they don’t look at them as just commodities.”

Last Christmas follows the cynical Kate (Emilia Clarke), a young woman who has been continuously unlucky after a health scare, who accepts a job as a department store elf during the holidays. When Kate meets the overly cheerful Tom (Henry Golding) on the job, her life takes a turn. Written by Bryony Kimmings, Emma Thompson and Greg Wise, Last Christmas also features to the music of singer George Michael. 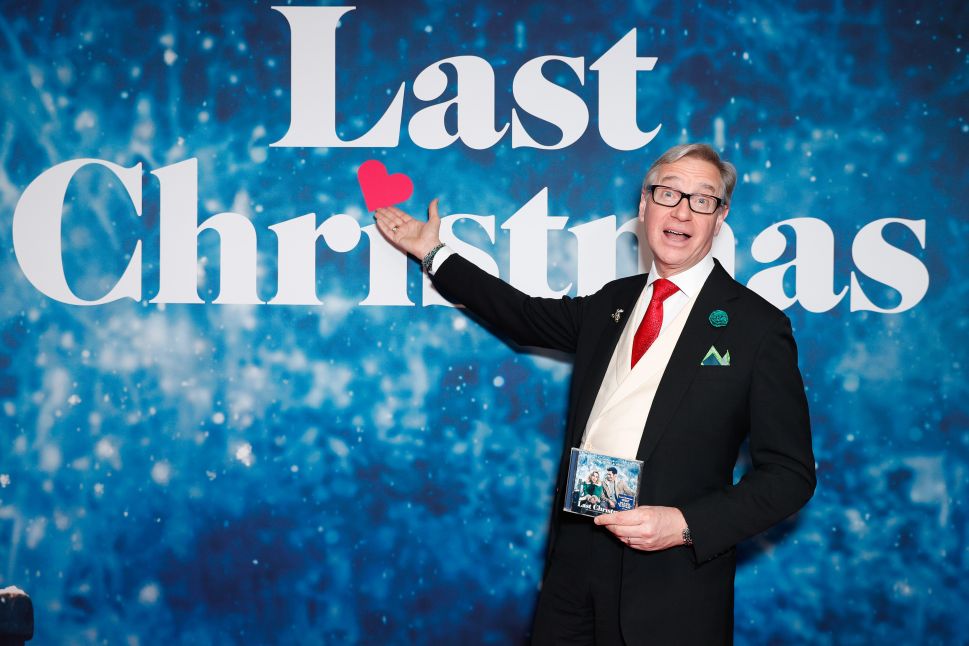