Always eager to sit back and indulge in a fresh, stimulating new ghost story, I looked forward to a low-budget indie-prod with the inexplicable title Light From Light. Unfortunately, it turns to be duller and infinitely more stagnant than most Hollywood dreck. But it is partially saved by very good actors who struggle valiantly to make it less monotonous than it is.

The excellent New York theater-based Marin Ireland plays Sheila, a time-wasting airport car-rental employee from the Smoky Mountains who doubles as a researcher in paranormal activity. Although semi-retired, she agrees to take on the case of a man named Richard Barnes (comedian Jim Gaffigan, underplaying admirably in a serious role) who is plagued by the ghost of his late wife Suzanne, who died in a plane crash.

Car keys move, lights flicker, and it seems like a routine case for a ghostbuster, but the more Sheila immerses herself in it, the creepier it gets, even though nothing ever happens of any importance in Light From Light and nothing makes any sense, including the title.

In addition to explaining the latest modern technology used to detect paranormal endeavors today, the wordy discussions of thermal scanners to locate cold, clammy spots, and audio recorders to search for electronic voice phenomena, the film’s sole revelation is the fact that Suzanne’s death was not accidental, and now there’s an  indication that Sheila and her teenage son Owen (the remarkable Josh Wiggins, who made a big impact in the emotionally charged coming-of-age drama Big Little Giants) could be in danger, too.

So what happens to keep an audience awake? Owen’s girlfriend is stung by a wasp and nearly dies, while Sheila and her client Richard make an arduous hike to the top of the mountain to search for clues at the site of his wife’s death. They find nothing.

Instead of action and thrills, there’s a lot of philosophy about the afterlife and too much debate about religious vs. the supernatural. It’s an odd film informed by skilled actors trying to make bland material seem more significant than it really is. The slow pacing, hesitant direction and deadly screenplay, all by Paul Harrill, drain the customary suspense I’ve come to expect from ghost stories, and replace it with an overdose of tedium. 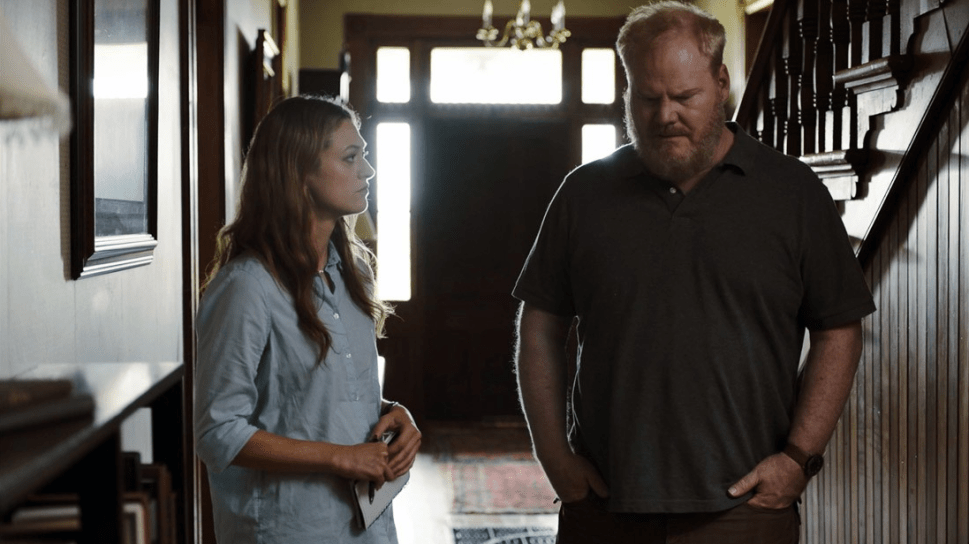