As no one on Twitter will ever let you forget, Marvel movies and their offshoots (television shows, comic book conferences and the like) are hugely beloved money-making machines that viewers all over the world happen to enjoy. Even though in 2019 it feels like we can’t ever seem to escape the popular appeal of ubiquitous characters like Iron Man, all these branded-to-death heroes have an origin story. On Thursday, the best-preserved known copy of Marvel Comics No.1—the 1939 comic book commonly described as the ‘Big Bang’ of the Marvel Universe—sold for $1,260,000 at a Heritage Auctions sale in Dallas, Texas, serving as a welcome reminder that long before the billion-dollar blockbusters, these stories could be bought for pennies on the street.

Originally published on October 1st, 1939, the comic tells a story about The Human Torch, an android being created by a professor named Phineas Horton. After using his powers to escape his confines, the Torch realizes that human beings will only ever want to use him for selfish, capitalistic purposes (an apt prediction) and escapes through a ceiling to liberty. “This is a historic copy of a historic comic book,” Ed Jaster, the Senior Vice President of Heritage Auctions, said in a statement. “Without question, this is the granddaddy of all Marvel Comics, without which we would not have the characters and stories we enjoy in today’s comics and feature films.”

The comic’s striking cover art, which was made by the famous and influential science fiction illustrator Frank R. Paul, shows Torch bursting through a melted metal door that was clearly meant to confine him while a sweater-clad man shoots at him fruitlessly. Besides being beautifully colored and well-drawn, the cover also speaks to the dire climate issues facing the world in 2019. With the prospect of an ever-hotter Earth lying ahead of us, there could be no prospect more fruitless than firing bullets at the problem. 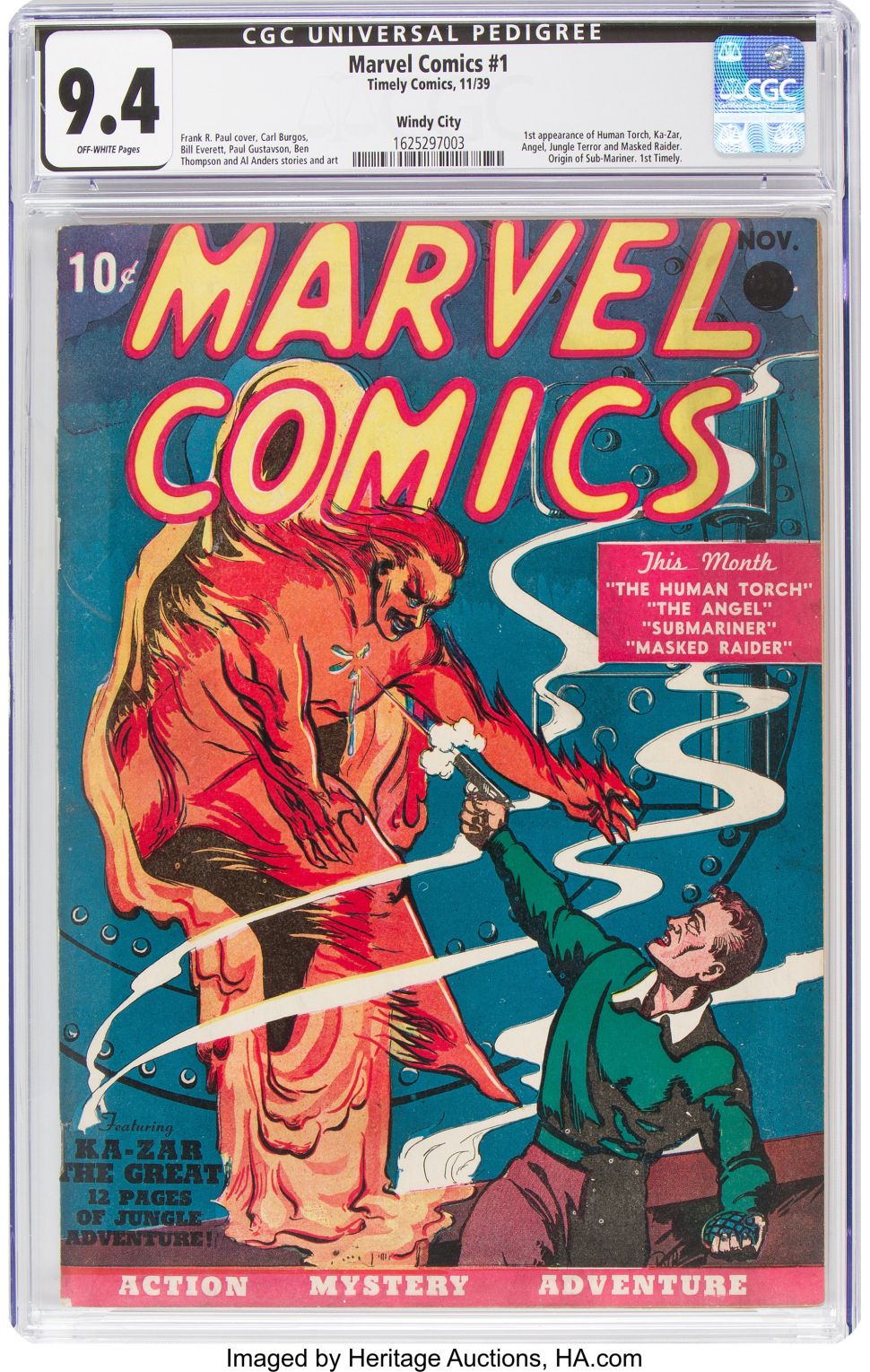