For hundreds of years, minority and low-income communities have had to deal with federal, state and local policies that disproportionately punish their families and loved ones. In particular, specific laws have repeatedly disrupted African American communities and led to repeated interactions with often trigger-happy law enforcement. While significant progress has been made over the past 50 years to bridge the racial divide in policymaking, newly-proposed prohibitionary policies threaten to rip open old racial wounds.

Case in point: lawmakers’ repeated insistence on banning menthol cigarettes, a tobacco product disproportionately consumed by black Americans. As seen by tragic cases, such as Eric Garner, policies created by governments can prove deadly even if well-intentioned. Communities of color need policymakers to take a step back from prohibition and embrace cautiously-crafted reconciliation.

When Americans hear talk of a product ban, a million different factors and questions come to mind. Taxpayers and consumers might be concerned about the cost (usually high), while youth may ponder ways to circumvent the ban. But many minority groups must ask how officials and officers plan to keep them safe amid the inevitable upsurge in illicit market activity and the response of law enforcement.

These fears are not hypothetical, as Eric Garner’s family learned in 2014. New York’s sky-high taxes on cigarettes led to an upswing in demand for black-market, affordable tobacco products sold on the streets. Garner was one of many black men catering to this demand, selling “loosies” on a Staten Island street corner. Garner’s activities led to a confrontation with law enforcement who strangled him to death, even though Garner was not resisting arrest.

Of course, most interactions with police officers are not deadly for peddlers of illegal products. But greater prohibition leads to more opportunities for a deadly escalation of force, and inevitable misunderstandings with officers may end in injury or death. Communities of color are typically caught up in these illicit sales, as impoverishment makes smokers less able to afford the high taxes slapped on products sold in convenience stores.

Despite this teachable moment for policymakers on the perils of high taxes and de-facto prohibition, lawmakers have caught ban fever. In October, the Los Angeles County Board of Supervisors voted to banish menthol cigarettes and other flavored tobacco products from the city. New York State lawmakers seem close to a similar ban, as officials express concern about menthol advertisements targeted toward teenagers. And at the federal level, the Food and Drug Administration (FDA) wants to ban menthol as a part of their crackdown on other flavored products (mainly vapes, which are 95% safer than ordinary cigarettes).

Never mind that there’s zero evidence that menthol cigarettes are uniquely bad for smokers’ health. In these discussions, bringing up the color line is inevitable. According to data from the Centers for Disease Control and Prevention, about 90% of African American smokers prefer mentholated cigarettes to regular, unflavored alternatives. Even Reverend Al Sharpton, hardly critical of big government, believes that, “there is an Eric Garner concern here” in banning flavored products.

If states such as New York pulled the trigger and banned these products, there would inevitably be a black-market catering to communities of color. That wider, illicit market in tobacco is already up-and-running in the Empire State; around half of all cigarettes consumed are purchased illegally. If high taxes were enough to prop up this ready-made network, illegal sales would skyrocket in the event of actual prohibition. And a focus on menthol would make minority neighborhoods especially susceptible to loosies—and the law enforcement consequences that come with them.

There are no illusions about the deadly impact of cigarette smoking, and menthol products aren’t any safer than plainer varieties. But there’s a better way to get smokers to kick their deadly habit than prohibition and onerous taxes. Smokers will quit if offered compelling alternatives that deliver a similar experience to cigarettes but are far healthier. Vapes and heat-not-burn devices can help smokers lead healthier lives, but bans on sales and advertising restrictions mean that manufacturers can’t get the word out on their product’s health benefits.

Policymakers should roll back restrictions on these harm-reduction products, while rejecting prohibition and precluding black markets. The law can finally be fair to communities of color, but lawmakers must reject the misguided policies that have led to unnecessary death and suffering. 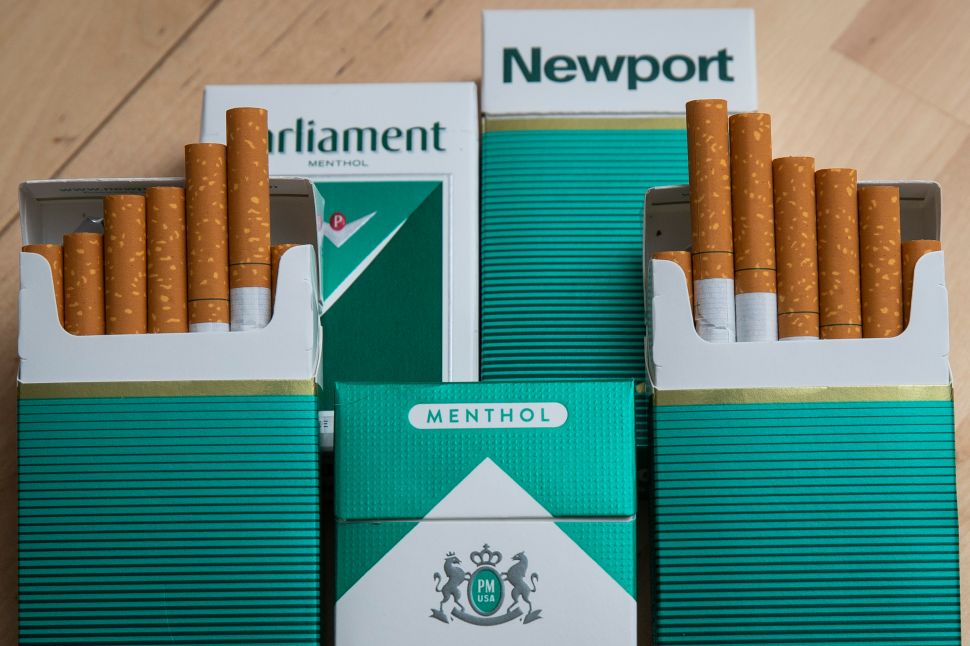