Every year, the Metropolitan Museum of Art‘s Costume Institute Gala provides celebrities with an opportunity to adhere (or not adhere) to the prescribed dress theme, and provides civilians with the chance to ogle at the possibilities of fashion attached to a limitless budget. The Met Gala, of course, is always tied to an exhibition that commemorates the institution’s continued existence: this year’s theme nodded to the notion of camp that was first popularized by Susan Sontag. On Thursday, the museum announced that the Costume Institute’s spring 2020 exhibition will “explore how clothes generate temporal associations that conflate past, present and future.” The title of this extravaganza? About Time: Fashion and Duration.

If time as a theme sounds a little vague and open-ended, that’s because it’s supposed to. “Fashion is indelibly connected to time,” Costume Institute curator Andrew Bolton told the New York Times. “It not only reflects and represents the spirit of the times, but it also changes and develops with the times.” Technically speaking, the exhibition will provide a retrospective of more than a century of fashion, beginning in 1870 and ending in the present. It will be structured around the conceptual thinking of the French philosopher Henri Bergson, who conceived of time as a thing that flows and accumulates and is resistant to the process of being fractured.

In order to illustrate this “counter-chronological” mode of seeing things, garments in the exhibition will be paired with other, complimentary or juxtapositional garments from entirely different time periods. For example, a Comme des Garçons dress from 1997 could find itself paired alongside 19th century bustle ensemble. To cap things off, the Met’s press release states that none other than Virginia Woolf will serve as the “ghost narrator” of the exhibition, which essentially means that her writings will be used to give About Time: Fashion and Duration more context.

Illustrating the cyclical nature of time is a lovely conceptual idea, and it’s also a great deal of fun to imagine how the world’s most famous people will attempt to honor this through their Met Gala outfits. In an ideal world, our elegant superstars of the 21st century would show up in full, Edith Wharton-era regalia; dressed like the opera-going characters who populate novels like The Age of Innocence. However, since nuance is lost on most people, it’s more likely that Katy Perry will show up dressed like a giant clock. 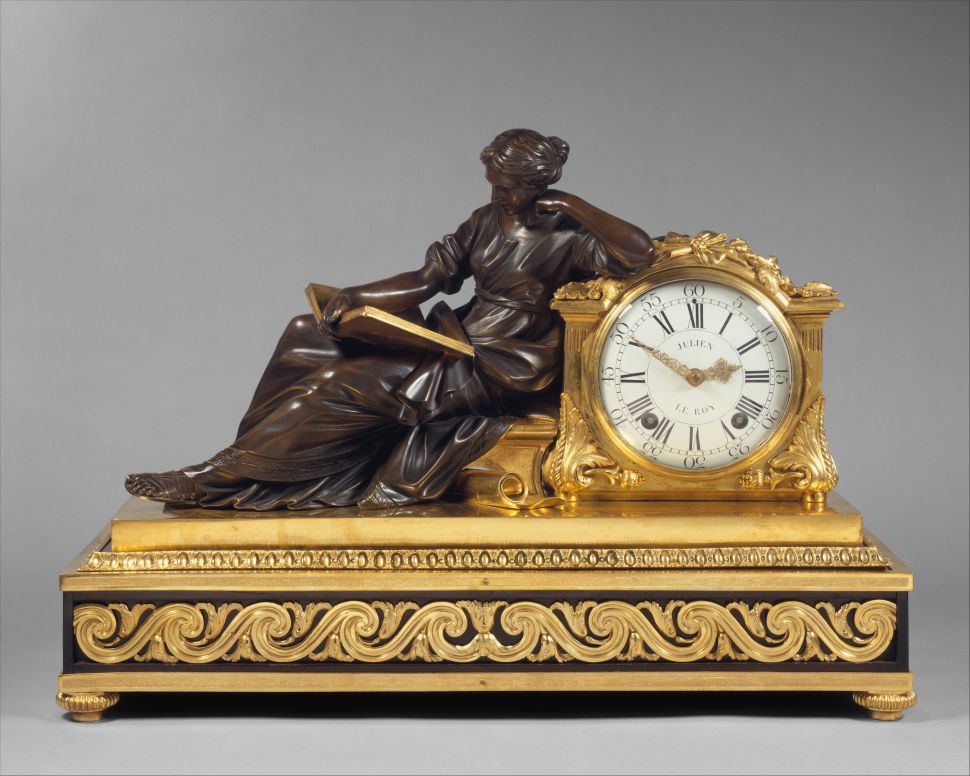