It looks like Microsoft’s version of the AirPods won’t be joining the slew of look-alikes this holiday season. The Surface Earbuds, which the company announced in October, were originally due to arrive by the end of the year. Now, they’re being slated for release in the spring, while they’re reportedly being perfected.

“Product-making is about the relentless pursuit to get all the details right, which takes time… sometimes more than we planned on. To ensure we deliver the best possible experience for you, our fans & customers, Surface Earbuds will now launch worldwide in Spring 2020,” wrote Panay.

The Surface audio accessories will retail for $249, placing them in the same price range as Apple’s popular wireless earbuds. During their preview, Microsoft boasted the Surface’s upcoming full integration with the company’s popular software, such as access to Office 365’s Outlook calendar and email, as well as PowerPoint.

The delay means Microsoft will miss out on holiday sales, while Amazon competes with Apple by giving customers a cheaper alternative to AirPods. The Alexa-powered Echo Buds, which were released on October 30, retail for $129.99 and are currently “Amazon’s #1 Release,” according to the company. Though their 3.5-star reviews don’t bode well for potential holiday sales.

Meanwhile, Google also recently announced plans to get in on the audio wearable craze. The company is working on its own Google Voice-integrated version of the AirPods, called the Pixel Buds 2, set to be released next year.

With all four tech giants due to have wireless earphones by next year, consumers will have more AirPods alternatives than ever to gift. 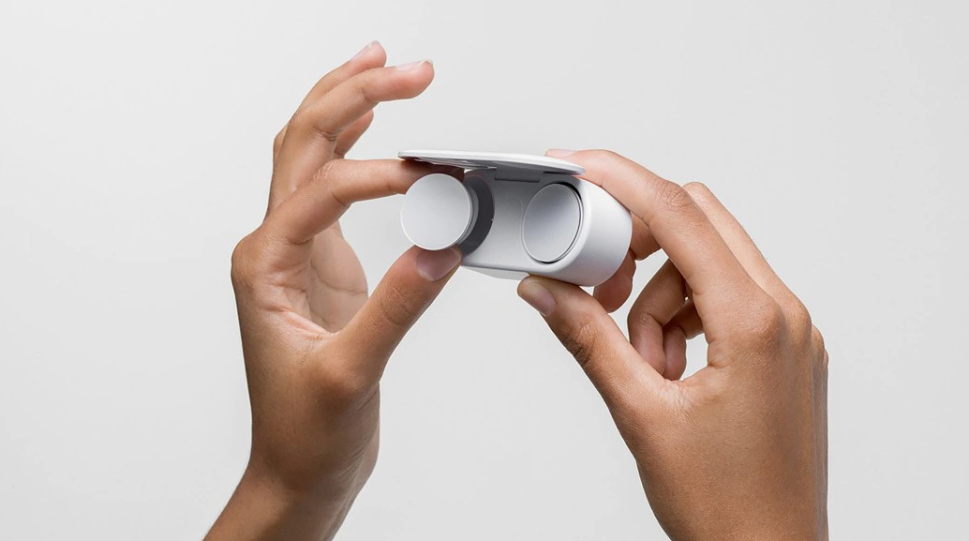