Juul is in trouble—losing money, shedding hundreds of employees, besieged by lawsuits and possibly about to be regulated out of existence by the Trump Administration—because the San Francisco-based company’s product offerings, particularly mint and mango-flavored nicotine-juice pods, are very popular with teenagers.

But adult smokers also prefer minty and fruity vapor to blowing tobacco-flavored clouds, according to recently published research—and with attractive flavors, they also stand a much better chance of quitting cigarettes.

SEE ALSO: It May Actually Be Good That E-Cigs Are More Addictive Than Tobacco

Analysts at the UK-based Centre for Substance Use Research in Glasgow took surveys from 15,456 adult smokers based in the United States, all of whom had recently purchased a Juul Starter Kit and also responded to a Juul email invitation to participate in the survey. The smokers were asked to describe their tobacco use and to report whether they were able to stop smoking after 30 days—and then do so again after three months, and then once more after six months.

Keep in mind that quitting smoking is insanely difficult. According to the European Respiratory Journal, 95 to 97% of smokers fail to quit without professional help; with cessation aids, like nicotine patches and professional help, the success rate ranges from 35 to 55%. (Tobacco use, including secondhand smoke, kills 480,000 Americans a year, more than 10 times the number killed by opiates in 2017.) And also keep in mind that, at least in the UK, public health professionals encourage cigarette smokers to take up vaping—it’s “95% less harmful than tobacco,” according to Public Health England—in order to stand a better chance of quitting.

So, how did the survey go? Well, 41.5% of participants failed to follow-up at the six-month mark and were assumed to have slipped back into smoking. Even if that is true, 20.3% of survey participants reported “smoking abstinence outcomes” after six months. And Juul users trying to stay cigarette-free between month three and month six were also more likely to have stayed cig-free than to have relapsed into smoking, according to the research.

That’s interesting—and something Juul and the tobacco industry will likely try to present to a skeptical public—but the flavors had an even more profound impact. Smokers who reported “exclusively using” flavored pods were 38% “more likely to have abstained from smoking” than tobacco-flavored pod users during the initial 30-day period—and, according to the research, those who reported using mint and/or mango at the six-month interval were between 40 and 46% more likely to have quit smoking than standard-pod users.

What’s more, banning flavored pods is likely to eliminate any gains in public health, according to this research (which, though published in November, just after the bans were announced, was submitted to the journal for publication in June and accepted in September).

“More frequent use of a Juul vaporizer and primary use of Juul pods in characterizing flavors, particularly mint and mango, appeared to be important to smokers’ chances of quitting,” the authors concluded. “The impact of suspending retail sales of flavored Juul pods on adult smokers’ likelihood of quitting should be closely assessed.”

There are a couple of necessary caveats here. One is that the smokers who were most likely to have quit were on the whole relatively young, white and male. They were also not heavy smokers. Smokers who reported a daily habit of a half-pack or more stretching back decades reported “significantly lower” rates of quitting.

But the big one for Juul skeptics is who made this study happen—and the simple answer, solely by lieu of the fact that Juul inserted a survey card in Juul starter packs, is that it was Juul.

Preserving the value of flavored pods is exactly something Juul would want to do—and Juul, at least partially and perhaps indirectly, paid for the study in question.

According to the study’s disclosure, the Centre for Substance Abuse Research accepted money from Juul Labs. How much was not immediately clear—Christopher Russell, the study’s lead author, did not immediately answer an e-mail seeking comment—but for anti-tobacco researchers, this association was more than enough to compromise any conclusions.

“Industry-funded articles tend to support the industry position,” Stanton Glantz, a longtime tobacco-industry researcher (and e-cigarette skeptic) at the University of California, San Francisco, told Observer via telephone on Tuesday. Glantz referenced another recent study, which found that “industry funded” studies were “67 times more likely to support the industry position.”

“They’re good at manipulating numbers,” he added. “If you’re going to report on this stuff, I’d look for research with independent funding, period.”

At the same time, there is ample anecdotal evidence that suggests adult smokers who had tried—and failed—to quit cigarettes many times over found success with a vaporizer. And not just any vaporizer. As the Glasgow researchers noted, both design and “satisfaction” are key with e-cigarettes. That’s why Juul was once worth tens of billions of dollars. But now—who cares? Kids like those flavors, kids accessed those flavors, and now Juul is bad.

“That’s the trouble with Juul,” as Dr. Nancy Rigotti, a physician and tobacco treatment specialist at Harvard Medical School, told the Associated Press earlier this year. “It’s probably the worst for kids, but it might be the best for adult smokers.” In the United States, it’s all about the kids, and if Juul products are yanked from the market entirely, as former Food and Drug Administration (FDA) commissioner Scott Gottlieb suggested on Monday, there are at least some adult smokers doomed to continue their Marlboro habit. 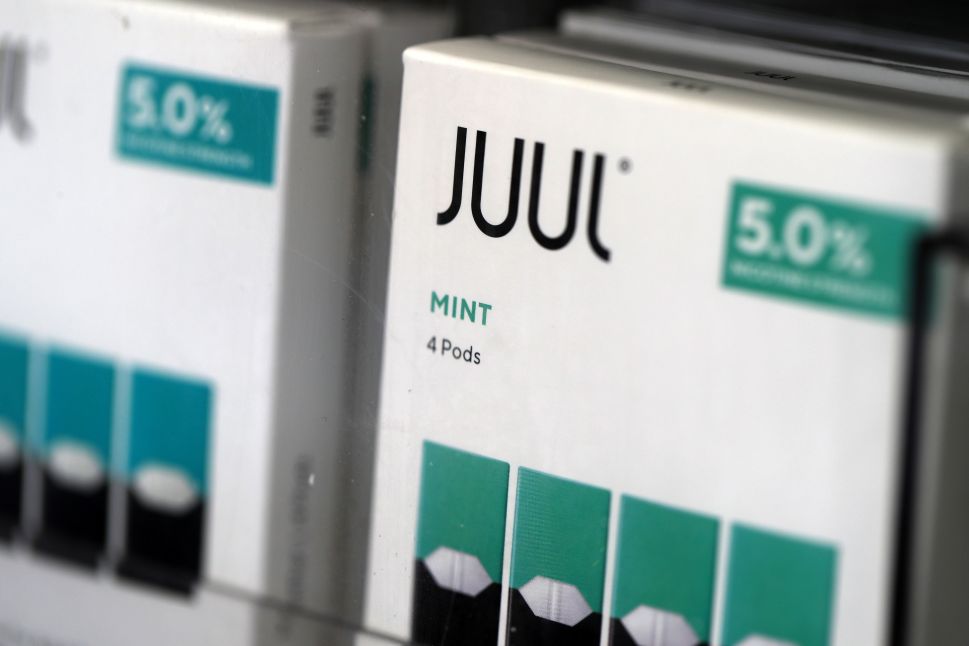