A tattoo is permanent, and for those like fencer Monica Aksamit, it symbolizes one of the most impactful parts of a person’s identity. Aksamit, who took home a bronze medal at the 2016 Summer Olympics for saber fencing, has a tattoo of the Olympic rings.

As the 2020 games near, Aksamit is encountering the unfortunate financial reality many in niche sports face to meet their dreams, which can be crippling—even disqualifying. Aksamit, a New Jersey native, has been fencing since age nine. Her journey in the sport has come alongside several personal hurdles, like her mother’s battle with cancer, which she survived.

SEE ALSO: Step Inside the World of Ultimate Christian Wrestling

Now, she’s facing another hurdle: how to pay for the costs associated with qualifying competitions and possibly competing in the games next summer. She started a GoFundMe that has garnered nearly $30,000 from donors inspired by her story. Aksamit, though, is far from alone. During the last games, a whopping 150 athletes used GoFundMe or other crowdfunding platforms to fund their expenses associated with the games.

According to NBC Sports, which holds exclusive broadcasting rights to the Olympics in the U.S., the 2016 Summer Olympics brought in an average of 27.5 million viewers across the 15-day games, and 78% of U.S. households tuned into the games, according to data from Nielsen. Meanwhile, the NFL is bringing in an average of roughly 16 million viewers across the league’s network partners, down about 1% from the 2016 season. Yet, most U.S. Olympians only bring home prize money for their wins. The United States Olympic Committee awards a $25,000 prize to gold medalists ($15,000 for silver, $10,000 for bronze); meanwhile, an active roster football player with a one-year contract in the NFL can take home a $480,000 salary.

Aksamit says she spends roughly 30 hours a week practicing. A similar amount of time with a drastically different pay scale. “I didn’t want to do the GoFundMe, it’s not easy to ask people for help in general, let alone talking about my financial situation,” Aksamit told Observer. She says she tried to get a job at a ShopRite but was unsuccessful because of the flexibility she needs to train, compete and travel to competitions.

Some fencers, Aksamit included, over the last couple of years, have made a name for themselves as figures outside the sport. Race Imboden recently made headlines over his choice to kneel in protest of the Trump administration at the Pan American Games, later making appearances on network news programming. Fellow Fencer Miles Chamley-Watson has had success with commercials and modeling opportunities. Ibtihaj Muhammad has also helped raise the profile of the sport, being the first American athlete to wear a hijab during the games, which subsequently brought a variety of press and even her own Mattel doll. Despite the newly inflated profile of the sport in pop culture, money has not poured into fencing quite like it has for other Olympic sports.


USA Swimming pulls in roughly $100 million a year from registration fees, which gives those ranking 16th or higher on the national team a $3,000 monthly stipend. Olympic wrestlers can earn up to $250,000 in prize money, thanks to a fund set up by USA Wrestling.

This comes alongside a slew of other sports related pay controversies. Pay disparity amongst female athletes has been a longstanding and systemic problem as highlighted earlier this year after the U.S. women’s soccer team took home the World Cup.

In collegiate athletics, the NCAA has long barred student athletes from making money off their images. California recently passed a law that bars colleges from denying their student athletes opportunities to hire agents or gain compensation for the use of their names, images or likenesses. The state of Florida is considering similar legislation.

Even beyond athletics, Aksamit’s experience speaks to the growing income inequality sprouting in the United States. GoFundMe has become more than just a resource for people seeking funding for a side hustle, podcast or film. Millions of Americans have been using the platform, and platforms like it, to meet basic expenses just to do their jobs and pay their bills. According to the United Way Alice Project, 43% of American households cannot meet their basic expenses, despite a historically low unemployment rate of 3.5%.

As Aksamit prepares to take on the world stage again, her experience highlights the growing income inequality in the country for which she intends to bring home a gold medal. 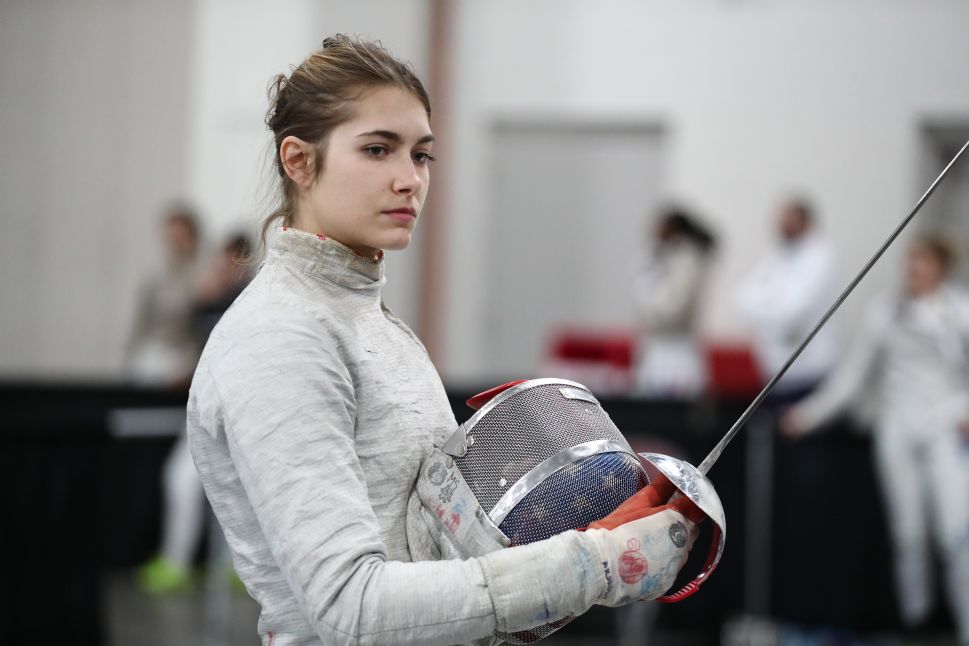