On Friday, Paramount Pictures released Terminator: Dark Fate, a $185 million blockbuster that is somehow the second Terminator 3 ever made (It’s confusing, don’t ask). The film marks the last ditch effort for Paramount Pictures to end 2019 on a good note. The studio currently holds a 5 percent market share of the domestic box office and Dark Fate is its last biggie of the year. In fact, as we head into winter, each major studio is looking for one last big score, whether it be a box office victory or an undeniable awards contender. Here are the biggest films yet to come from each of them.

Starting Friday, Martin Scorsese’s The Irishman will enjoy an exclusive three-week theatrical run in select theaters before hitting Netflix on November 27. The costly gangster drama—which stars Robert De Niro, Al Pacino and Joe Pesci and carries a budget anywhere between $140 million and $170 million—is not intended to be a box office hit. Instead, Netflix is positioning it as its flagship Oscars favorite heading into a particularly busy awards season.

The streaming service has long lusted after Academy Awards. After spending $25 million on Roma‘s losing campaign last year, Netflix could have as many as three Best Picture nominees in this year’s race.

Through summer, it had been a frustrating year for Warner Bros. The LEGO Movie 2 and Godzilla: King of the Monsters failed to drum up the business expected of their franchises, Detective Pikachu didn’t quite launch the next shared cinematic universe as hoped, and their late summer slate posted abysmal numbers at the box office (sorry, Goldfinch). Since then, however, WB has been doing big business.

It: Chapter Two ($451 million worldwide) and Joker ($860 million and counting) thrived, while Doctor Sleep has been drawing mostly positive reviews ahead of its release next week. Warner Bros.’ darker late-year material has pushed it into second place in domestic market share (16 percent).

Technically, Disney now owns Fox, which has reduced the number of major film studios from six to five. But with Netflix stepping in to fill that void and with the Fox banner still releasing pictures under Disney, we thought Ford v Ferrari deserved some love. The film is the type of old-school, star-driven, grown-up drama that Hollywood doesn’t tend to make anymore. In other words, it’s exactly why Disney bought Fox. It will expand the Mouse House’s horizons beyond four-quadrant family friendly fare.

Fox currently sits in seventh place in domestic market share (3.7 percent) as its highest-grossing film of the year is the disappointing Alita: Battle Angel ($85 million).

Sony sits at fourth place in domestic market share (10.6 percent) across 19 new releases this year and could really round out a nice 2019 if Jumanji: The Next Level lives up to the hype. The 2017 original squared off against Rian Johnson’s Star Wars: The Last Jedi at the box office and managed to become Sony’s biggest domestic grosser ever with more than $400 million. Worldwide, it scored a shockingly good $964 million.

Fast forward to this year and The Next Level will again do battle with a Star Wars flick with the hopes of soaking up all those juicy counter-programming dollars. If it’s a success, Sony will have had a nice year on the back of The Next Level, Spider-Man: Far From Home, and Quentin Tarantino’s Once Upon a Time in Hollywood.

Disney has set a bundle of box office records this year: most films to cross $1 billion (5), highest-grossing movie ever (Avengers: Endgame), and highest-worldwide annual gross for a studio ever ($8.5 billion and counting). Not bad. Star Wars: The Rise of Skywalker will only add to the Mouse House’s bottom line.

Disney unsurprisingly leads all studios in domestic market share (31.7 percent) while Avengers: Endgame is the highest-grossing movie in North America ($858 million) this year and second highest-grossing ever behind The Force Awakens ($936).

Universal is Disney’s chief rival precisely because it isn’t trying to be Disney. Outside of the Fast & Furious and Jurassic World franchises, the studio doesn’t boast a deep war chest of blockbuster intellectual property. As a result, it has been forced to thoughtfully develop more original fare, which it has done quite well.

Sam Mendes’ World War I epic 1917 will attempt to be both a commercial and critical success in the same vein as Christopher Nolan’s Dunkirk. That film earned nearly $530 million worldwide and garnered eight total Oscar nominations (three wins). 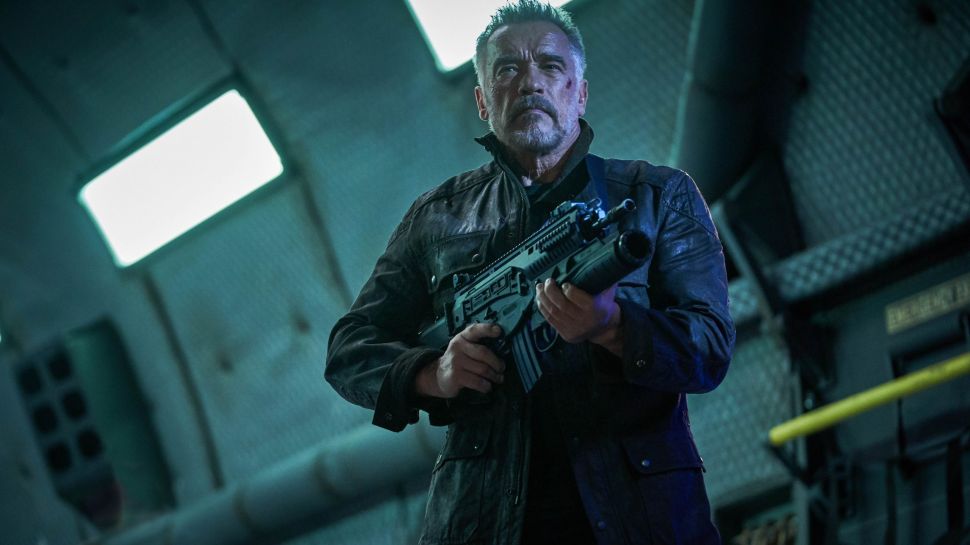