Today, Netflix proudly flaunts its reputation as a disruptor, the big bad tech company that upended the entertainment industry. With 160 million worldwide subscribers, it’s hard to argue that a bit of chest-puffing isn’t warranted. The streaming service spends a staggering $15 billion per year on content to hook new customers, by far the most in the direct-to-consumer arena. Netflix is the de-facto replacement for 20th Century Fox as the next major studio after Disney gobbled it up and could boast as many as three Best Picture nominees at the next Academy Awards. The company even has its own euphemism. But like all worldwide conglomerates, Netflix first began as a thinly sketched out concept before embarking on its tour of global domination.

In his new book That Will Never Work: The Birth of Netflix and the Amazing Life of an Idea, co-founder and first CEO Marc Randolph details the embryonic stages of the 21st century’s most tantalizing entertainment product. Recently, Randolph—who left the company in 2003—chatted with Observer about Netflix’s bloody battle with Blockbuster, courtship with Amazon and the challenges of launching a business absolutely no one believed in.

SEE ALSO: Actors Are Wary of the Streaming Era Because It’s Changing How (and How Much) They Get Paid

Observer: In your book, you break down the idea of sales by what you’re asking for and what you’re promising in return. In 1997, there were just 500 DVDs in existence, while Blockbuster and Hollywood Video had a stranglehold on the rental market. You were asking for a lot and promising a very unclear future. How did you sell that to prospective employees, investors, customers?
Randolph: Even though Blockbuster and Hollywood had a stranglehold, as you described it, on the media rental business, they were doing VHS. And we saw that there were two openings here: one is that everyone hated them. Blockbuster has this tenet called “managed dissatisfaction,” which was part of their business strategy—you always want to have a competitor in which managed dissatisfaction is a part of their business strategy. But then the other thing was, they were a big supporter. We realized that every single one of those 9,000 Blockbuster stores probably had one person in their neighborhood who owned a DVD player. So the odds that they would be stocking DVDs at any time in the foreseeable future was very remote. And then we would have a small window of being in fact the only place in the world that you could rent DVDs from.

Netflix, from a very early point, became a data-driven company. But outside of the famous recommendation algorithm, what actionable efforts did that data lead to?
You’re constantly tweaking what the site looks like. You’re constantly tweaking pricing. You’re constantly tweaking elements that you offer. Don’t forget the first 20 years of my life I was a direct marketing guy. It was in my blood to test things in measured results. In fact, one of the reasons I originally had that idea, that desire, that my next business would be selling something on the internet is because I saw the promise the internet had in being this unbelievably powerful direct marketing machine. But no one else—very few other people were doing it, so there were no tools. Netflix had to build its own. The whole concept of doing A/B testing, which was easy back in the day when you’re just doing mailing pieces, we had to figure out how to do that in an online environment. How did that work? How does the reporting work? It did. From day one, everything was successful in terms of measuring.

Amazon offered to buy Netflix for roughly $12 million early on in the company’s run. You and current CEO Reed Hastings declined. What gave you the confidence to reject it?
The timing of the offer was a bit dubious. We were just about to start the process of going to that first institution for money. We had done series B but now we could move up to series A. And so we hadn’t yet taken any money. We also were only a few months into this big experiment, so we had spent six months actually building the website. We tracked down every single DVD available. We had put in place these deals with the DVD manufacturers to begin giving ourselves some customer flow. But what we hadn’t yet bumped into was the harsh realization that DVD rental by mail was in fact a terrible idea; it didn’t work very well. So at that point the greatest promise was building the case of the real problems we would eventually face.

So we went up to Seattle, which in one sense was an amazing thing because we had built this thing and here’s someone else who saw value in it too, who saw value in this idea that everyone else was saying would never work. But as Reed and I were flying home from Seattle that day, it was kind of like a commitment ceremony for us because, all of a sudden, we were given this opportunity to walk away. I owned 30 percent of the company and that would have been a fair amount of money for someone who worked on this project for less than 12 months. But I think we really ended feeling was that we spent all this time building the car, fixing the engine, we finally got it to turn over and we weren’t quite ready to let someone else drive it.

It’s interesting to think about what would have happened to the media world had you accepted.
If Amazon would have purchased us there would be no chance that there would’ve been a change in the fundamental business. They would have taken the people, they would’ve taken our content and they would’ve done something similar. If someone else would have innovated this subscription service, who knows. The more interesting question is what would have happened if Blockbuster had bought us. If the financial pressures that they were already under had taken them down anyway, would this have been their savior? Would they have had the perseverance to take it through the way Reed and I did? So always a great and interesting game to try and wonder what might have happened.

You and Reed hired Ted Sarandos in 2000 and he’s now Netflix’s chief content officer. What did you see in him nearly two decades ago?
What was great about Ted was that he was a video guy. He came up from the video industry. He knew people, even in Hollywood. So he was kind of the perfect person to take over our entire content strategy. Of course, at the time, our content strategy wasn’t to try and make content. Our content strategy was how do we have relationships with studios for acquiring content when it comes out on DVD. But, wow, he ended up being an amazing resource. And I could tell that this guy is extremely talented and thrives on that kind of interpersonal relationship, which I think being successful in Hollywood requires.

In 2002, Reed Hastings predicted that indie films would eventually bypass studios and release directly on Netflix. By 2002, you were more focused on product development and the actual streaming experience than any other element of the business. How did you both know that digital delivery was the future?
We knew from before day one that, eventually, this was going to be either a streaming service or a download service. The interesting thing is we didn’t know which of the two it would be because what was hard to envision is that the pipes would be a big and ubiquitous as they are or that it would happen as soon as it happened. So we thought the model originally would be downloading something overnight and watching it the next day,

What we expected, though, is that it would take a long time. Studios were reluctant and, of course, back then any internet in the home was connected to the computer. Not to their living room or to their TV, but the computer in the home office. The beginnings of streaming simply were not in place yet. So then we moved on to something that is delivery agnostic. The thing about delivery agnostic is that the positioning was that we’re going to be all about finding content ourselves.

In the beginning, we had to make sure we had every DVD title that was available. But then you begin thinking about dynamic pages, we need to begin working on taste algorithms, and all sorts of new features. And ultimately, the ultimate expression is creating your own content. The eye opener for us—I did not envision we would ever be creating our own content and that was largely a reaction to what happened to the success of digital delivery. Then, all of a sudden, the studios went ‘why am I making proprietary deals when I could stay and do it myself’ which pretty much forced everyone’s hand.

It’s impressive that you stuck to it since the general attitude of the early 2000s was that no one would watch a movie on their computer.
The really impressive and bold stroke was building a business which could afford to wait. At every successive year and every successful customer, we were building brand equity. We were building customer relationships. We were building technical competence in things that would eventually transition seriously into the world. That was the really clever part because people were not thinking of us necessarily as DVDs. They were thinking of us as a better way to find movies they liked and we were able to deliver on that and they didn’t care how they got it. 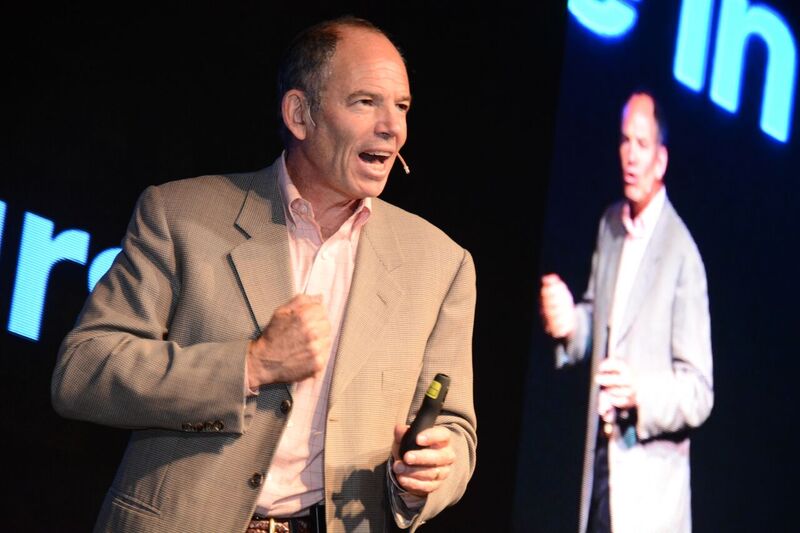