By now, The Irishman‘s circuitous route to existence is well known. Director Martin Scorsese struggled for years to recruit a traditional film studio for the project due to budget concerns and, costing around $160 million, those fears were warranted. The gangster drama, which follows Robert De Niro’s hit man over the course of several decades, was eventually greenlit by Netflix as a result. But the streaming service, which prioritizes digital delivery to its 160 million worldwide subscribers, infamously clashed with theatrical distributors regarding the movie’s rollout. So instead of a standard 90-day nationwide release in 3,000-plus theaters, The Irishman is currently coasting through a three-week exclusive limited run in select theaters in New York and Los Angeles before hitting the online platform November 27.

Was this a mistake?

Reactions and reviews for the film have suggested it’s a near masterpiece; it boasts a 96 percent on Rotten Tomatoes and a 94 on Metacritic as of this writing. Despite the supersized budget, bloated three-hour-and-30-minute run time, and recent struggles of non-franchise fare, some industry analysts believe The Irishman still could have made waves at the box office.

“You are talking about millions of dollars,” Paul Dergarabedian, senior media analyst at Comscore, told CNBC. “People line up to see a Scorsese movie. But, again, that’s not the model they are chasing.”

Doug Stone, president of Box Office Analyst and a theater owner, echoed that sentiment, telling the outlet that the movie “certainly could make $100 million.”

Studios generally recoup 55 percent of domestic ticket sales and 25 percent overseas, with the remainder going to exhibitors. Assuming The Irishman, which also stars Al Pacino and Joe Pesci, could have surpassed the $100 million mark at the North American box office—far from a sure thing—then Netflix could have offset a portion of its healthy investment. Since 2004, four of Scorsese’s films have managed to do so: The Aviator ($103 million), The Wolf of Wall Street ($117 million), Shutter Island ($128 million) and The Departed ($132 million).

However, covering the downside and seeking a return on investment is not Netflix’s business model. Instead, the streaming service likely views The Irishman as a beacon to other A-list filmmaking talent that Netflix will fund risky projects and mount well-resourced Oscars campaigns. Success at the Academy Awards doubles as currency in legitimacy which is why The Irishman is hitting theaters at all.

Even more along the bottom line, The Irishman is an enticement to existing and new customers as exclusive original content is the greatest contributor to subscription growth. Adhering to a three-month theatrical release would have done nothing for Netflix’s core customer base of online audiences.

At some point, however, something will have to give. Netflix owns $13 billion in debt and spent $15 billion on content this year alone; it has been cash-flow negative for five years. Domestic growth is plateauing with the entrance of new competitors and many analysts believe Netflix’s best course of action is to monetize its existing lead in the streaming wars. However, the company has been reluctant to do so to this point, pushing back against the idea of an ad-supported model and traditional theatrical releases.

The Irishman may very well be a cinematic masterpiece, but it isn’t going to change the economics behind its existence. 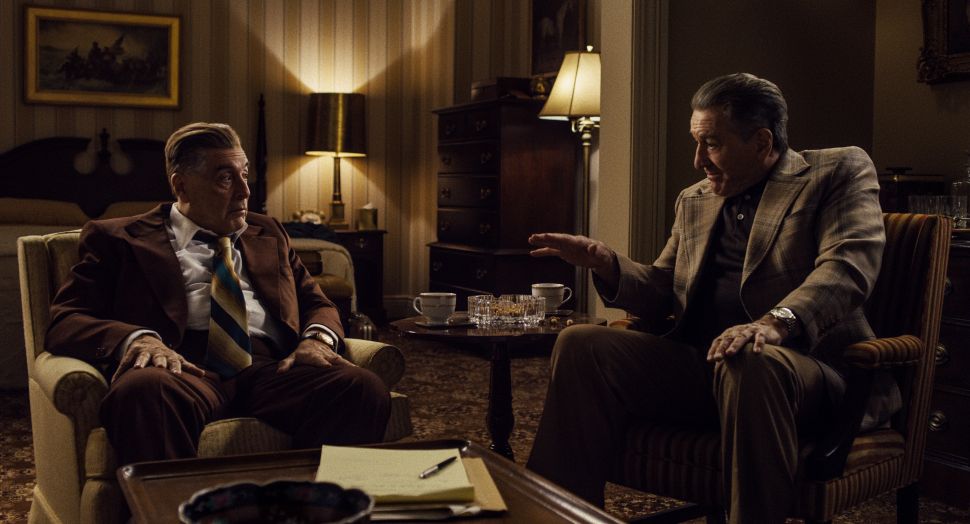