Almost two decades ago, a ring that famed author Oscar Wilde and his friend Reginald Harding gave as a gift to their mutual friend William Ward in 1876 was stolen from Oxford University, where the item had been kept for a number of years. On Monday, Oxford announced that the ring had been miraculously recovered by Arthur Brand, a Dutch investigator who’s made a name for himself as an arts detective and tireless seeker of lost artifacts. The ring will be ceremoniously returned to Magdalen College at Oxford on December 4, bringing an end to a strange saga that kicked off with a drunken act of random thievery.

Back in 2002, the ring in question was apparently stolen after a former cleaner named Eamonn Andrews got whiskey-wasted, broke into Magdalen College and made off with the Wilde-gifted ring, in addition to two medals; Andrews later confessed that he had sold the ring in question to a scrap dealer for a measly 150 pounds. At the time, the ring had actually been valued at around $45,000, and the fact that it survived almost 20 years of passing from hand to illegitimate hand is quite extraordinary. The 18-carat gold band is shaped like a delicately rendered belt, with corresponding loops, holes and a buckle.

On the ring’s exterior, there is also an inscription in Greek which reads “Gift of love, to one who wishes love.” The ring’s interior bears the initials of the gift-givers and the recipient: “OFOFWW + RRH to WWW.” Brand started hearing whispers about the ring approximately four years ago. “Rumours started in 2015 in the art underworld that a Victorian ring has surfaced ‘with some Russian writing on it’,” the detective explained to an AFP correspondent. “I knew that Oscar Wilde’s ring was stolen from Magdalen College at Oxford and that it had a Greek inscription on it. It could have only been the same ring.” 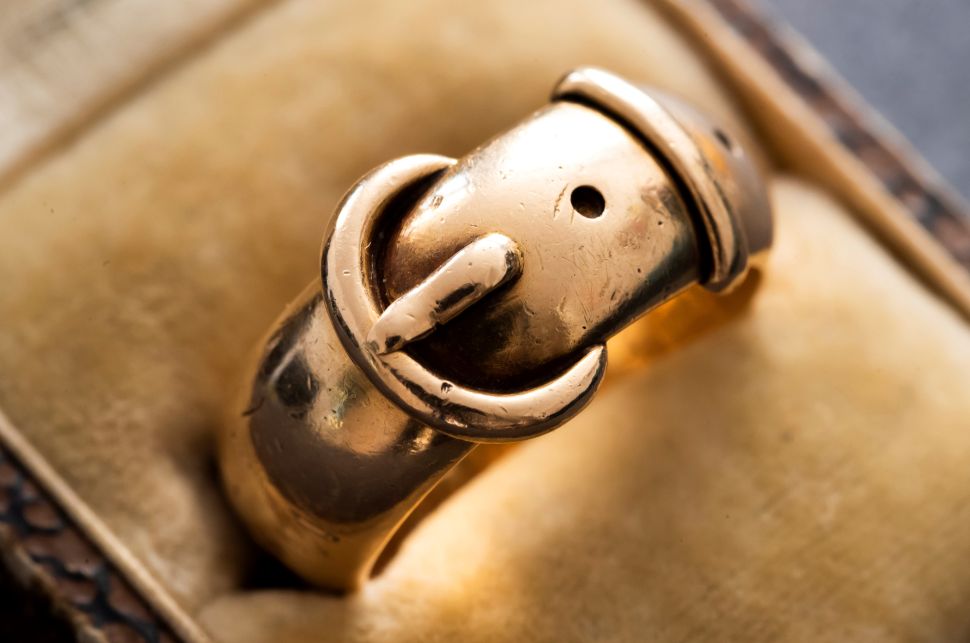