The Jetsons was an American animated sitcom produced by Hanna-Barbera Productions that originally aired from September 23, 1962 to March 17, 1963. The Jetson family lived in Skypad Apartments, most iconically seen in the show’s opening montage and featuring a flying car that takes off from a skyport.

So, it stands to reason, when you’re reporting on a story about flying cars that you are more likely than not going to get a quote that references The Jetsons.

SEE ALSO: Why the FAA Needs to Grapple With the Future of Travel

“Ever since The Jetsons TV cartoon aired in the mid-1960’s, the world has been talking about flying cars,” Daniel Kodsi, Paramount Miami Worldcenter’s CEO-developer, told Observer.

Kodsi’s company is behind the construction of a 700-foot, 60-story, $600-million soaring signature skyscraper, which will feature the world’s first flying car skyport.

“We have built the 60th floor SkyDeck pool so it can be modified, transforming itself into a takeoff and landing pad for flying cars,” Kodsi said.

Though we currently don’t have flying cars for consumers, I guess the premise is: if you build it, they will come. Just look at this brave new world of tomorrow being envisioned for very rich white people.

Miami is one of the most competitive real estate markets in the world, where developers are constantly trying to out-do each other. In the case of the Paramount that would be by building amenities for flying cars that aren’t available to consumers as of yet.

The plan? Residents will be able to access the SkyDeck via private glass-enclosed elevators that will lead directly from their private condos to the top of the building—where they can takeoff/land on its 5,000-square-foot roof high above downtown Miami. The structure will be capable of facilitating the weight of a VTOL and the deck is slated at 5,000 square feet, long and wide enough to act as a landing pad.

“People can actually fly home, land on the roof and, instead of entering and exiting through a ground floor lobby, they can access their homes from the top of the building,” said Kodsi.

Although VTOL (vertical takeoff and landing) air vehicles are still in the testing phase, someday they will become a common reality. Just look at the German startup, Lilium, which is developing a two-seater, all-electric, jet-powered VTOL, as it tries to be the first company in this flying car space. Airbus, Bell, Boeing and Uber are also investing billions into the research and development of VTOLs.

“These are successful companies, and the effort should be taken seriously,” said Kodsi. “So, when we were building Paramount Miami Worldcenter, we decided that we should anticipate and accommodate for the future.”

Kodsi forecasted that there will be a high demand for South Florida VTOL service due to Miami’s overly-congested highways, inner-city gridlock and a need for local resident J-Lo to get to her Pilates classes on time.

Still, as in the case with Lilium, there are numerous safety, technology and business model hurdles to cross before our beloved VTOLs take to the sky. Meanwhile, the Federal Aviation Administration (FAA) has yet to develop a regulatory plan for flying cars.

Already, Uber is providing helicopter service in New York City ($205 for eight minutes) with sights set on VTOL service. And Kodsi sees flying cars as a regular feature in the skies above South Florida sometime in the next decade or longer.

“The technology exists today,” he said. “This type of transportation is inevitable and we, at Paramount Miami Worldcenter, want to remain ahead of the competition—that is why we are building the SkyDeck.” 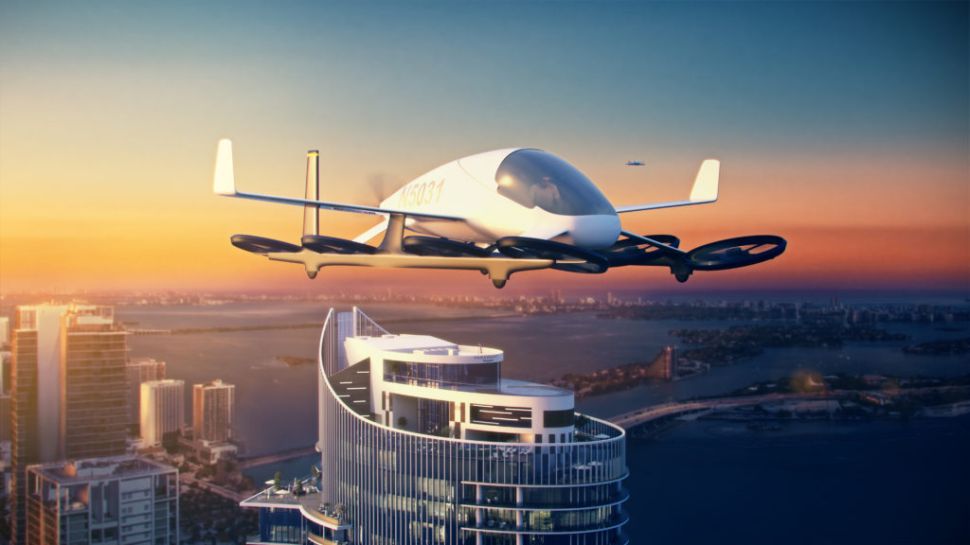