It’s the changing of the guard with a vengeance at the Paul Taylor American Modern Dance company. Most important, of course, was the death of Taylor himself a year ago, and the installation of the youngish dancer Michael Novak—chosen by Taylor—as the new artistic director. Paul Taylor was not only a great dancer in his day but proved himself to be a canny administrator and an inspiring leader. And—oh, yes—he happened to be one of the (very few) great choreographers of our time. Novak is a brave man.

Well, full speed ahead. It makes sense that so many of his dancers loyally waited for his departure before making their own. By this time next year more then half the old Taylor company will be gone—a mass migration. First to depart was the incomparable Michael Trusnovec. Gone or about to be gone: Laura Halzack, Michelle Fleet, and Parisa Khobdeh, with Robert Kleinendorst, Sean Mahoney, and Jamie Rae Walker soon to follow. (Novak himself has already stopped dancing.) Eran Bugge will soon be the company’s senior citizen, after a mere fourteen-year apprenticeship.

Those of us who go way back with Taylor have been plunged into mourning many times before and have recovered, though it’s been hard, and already that process is repeating itself. So many of the new dancers are full, vibrant personalities—so bursting with pleasure at the new opportunities before them—that I almost feel guilty to be so excited at the prospect of watching them grow, while still applauding the last moving performances of the old company. Already I’m fixated on beautiful Maria Ambrose, who streaked thrillingly across the stage (in bright red) in Taylor’s dark, jagged Scudorama, made in 1963 and rarely revived; on Devon Louis, both a dynamo and a charmer; on the new imperturbable anchorman, Lee Duveneck. Why isn’t next season here already?

It was fascinating to see how the soon-to-be-departed old-timers, Fleet, Mahoney, Walker, et al., seemed revitalized as they prepared to shut down this stage in their careers—still giving themselves fully, as Taylor dancers always do. And how Bugge—now a major dramatic artist—and Heather McGinley and the others are living up to their new responsibilities as senior citizens.

Novak has said that it’s very important to him to bring back early Taylor work, so that we can more firmly grasp his progress as a choreographer, but I’m not sure that although it’s interesting historically, Post Meridian, say, is an essential addition to the repertory. On the other hand, a new work by the choreographer-du-jour, Kyle Abraham, was a modest and pleasing piece. It’s called Only the Lonely and is set to recordings of classy pop songs by that ultra-classy jazz-singer, Shirley Horn; among other things, it provided Michelle Fleet with a superb farewell solo (to “Ten Cents a Dance”), reminding us of how hard it will be to replace her.

Taylor hits like Company B, Black Tuesday, Piazzolla Caldera, Cloven Kingdom, and the always moving Sunset were in excellent shape. Esplanade was perhaps a little undernourished—Maria Ambrose is the right woman today for the crucial Bettie de Jong role, but she doesn’t yet have the natural command it requires. (It will come.)

There were two extraordinary extras to the season. For the gala performance only, the ubiquitous Misty Copeland appeared in Black Tuesday, dancing to “Boulevard of Broken Dreams.” And here we could see what an exciting dancer she can be when dealing with appropriate material. She’ll never be a true classical ballerina, however much she and ABT want to pretend she is, but she certainly could be a Taylor dancer: she fit right in, dancing full out and with no starry airs. For her own sake I wish she had done all the Black Tuesday performances—not just the gimmicky gala one.

And then there was the deep satisfaction I felt when Michael Trusnovec, at that same gala, returned to the company as a guest artist to perform the astounding solo that Balanchine made for Taylor in City Ballet’s 1959 Episodes—having borrowed him from the Martha Graham Company where Taylor was then dancing. It’s been seen only very rarely since then, leaving a huge hole in that unique ballet. (Famously, the only clue Balanchine gave the bewildered Taylor was to think of a fly trapped in a milk bottle.) I was at the premiere of Episodes exactly sixty years ago and have never forgotten the impact of that fly in that bottle. The slight, fastidious Trusnovec in no way resembles the strapping Taylor, yet he grasped the heart of the matter, doing justice to both the creator of Episodes and the dancer who inspired this riveting solo. Trusnovec will be dancing it again during the City Ballet winter season. Be there. 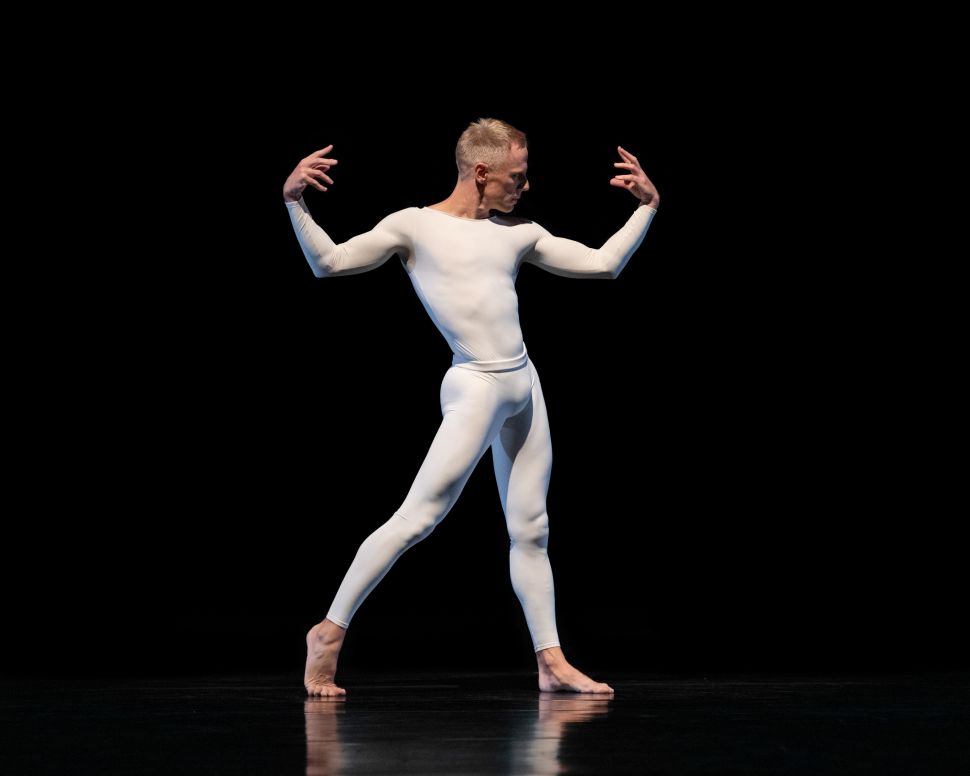