Recent complaints about action flicks with no action can be ameliorated by Primal, a white-knuckle thriller with a thrill a minute. Nicolas Cage delivers his best performance in years as a rugged, wild-game hunter who tracks down the deadliest animals on the planet to provide rare attractions for zoos. His hair-raising encounters are frightening enough, but that’s only part of the terror that awaits you in Primal. There are human horrors, too.

Well plotted by screenwriter Richard Leder and vigorously directed with maximum suspense by Nick Powell, no time is wasted cutting straight to the chase. In the eerie silence of the Brazilian rain forest, trapper Frank Walsh (Cage) is teetering on an unsteady tree limb when suddenly, surprisingly, he is attacked by a roaring albino jaguar and falls to a near-crushing death.

Narrowly, he survives, but the natives refuse to drive him to the dock where a freighter waits to take him and his vicious cargo from the Amazon back to Puerto Rico, believing the white jag to be a devil that feasts on human flesh. How right they are, but the stomach-turning twists are yet to come. First, Walsh has to get his dangerous animals onboard and securely locked in their cages, but just as he’s ready to go, a battalion of U.S. marshals and a doctor (Famke Janssen) board the vessel with a dangerous caged predator of their own in custody—a chained mass murderer and counter-terrorist named Loffler (a juicy, psychotic, scene-stealing performance by Kevin Durand).

Of course, before you can figure out what part of the plot you’ve seen before (despite the originality of the violence, a few ideas have been borrowed from other movies) the maniac lets the animals out of their cages, including a mob of man-eating monkeys, two venomous snakes, and the bloodthirsty jaguar. As the body count mounts, the villain also dismantles the lifeboats, smashes the navigation controls, machine-guns the galley’s food and supply, holds the cabin boy and the doctor hostage, and destroys the emergency generator to plunge the freighter into total darkness. It’s up to the cynical, alcoholic game hunter to turn his skills with guns and knives into hunting a different kind of game—this time, a human being.

The “about face” as Cage’s self-centered, arrogant, filth-spouting ruffian softens his personality and finds his heart while dodging the big cat and the snakes in the dark is not always convincing, but with a thrill a minute you won’t waste much time seeking answers. I’m embarrassed to admit it, but I screamed out loud five times. 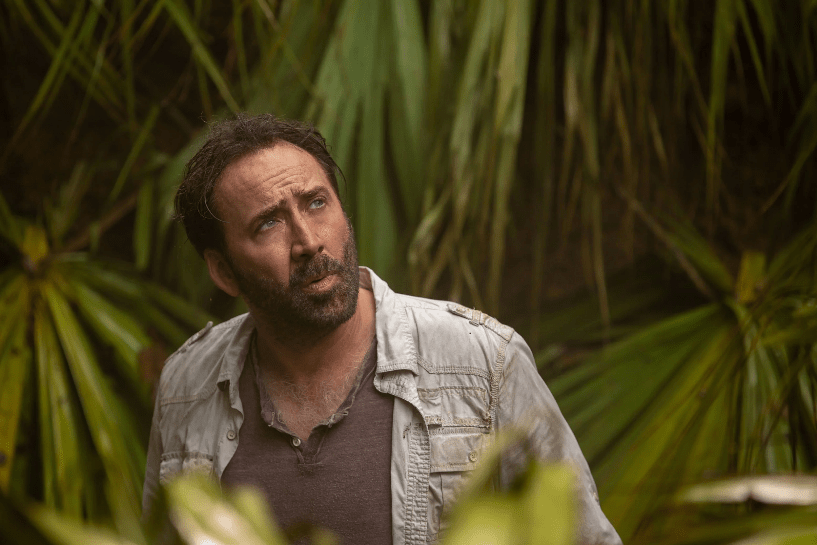