There may be a few less royals at Sandringham for the Christmas holidays. We already knew Prince Harry and Meghan Markle are getting ready to embark on a six-week break from royal duties, to get in some quality family time and rest after several hectic months. The Duke and Duchess of Sussex are set to fly stateside in the next few weeks, where they’ll be in Los Angeles until at least after Thanksgiving.

Recent reports suggested that Prince Harry, Meghan and Archie are thinking about extending their royal respite and staying put in California with Meghan’s mom, Doria Ragland, through the Christmas holidays, instead of joining Queen Elizabeth, Prince William, Kate Middleton and the rest of the family at Sandringham, though there was still a chance they’d fly back to the U.K. and make the trip to Norfolk. But according to the Sun, the Sussexes won’t be going to Sandringham even if they are back in the U.K., and they’ve already told Queen Elizabeth and Prince Philip that they won’t be attending the celebrations at all this year.

Apparently, Prince Harry and Meghan have decided they need time to “recharge and decide their plans for next year,” as Sandringham can be a bit stressful with all the obligations, events and sheer number of people. So if they’re in the U.K., they’ll ring in holidays at Frogmore Cottage, their Windsor abode, and otherwise they’ll be in the U.S., where they’ll celebrate Archie’s first Christmas with Meghan’s mom.

Per Vanity Fair, the Sussexes could extend their stay on the West Coast so they can continue with their house hunt in California, and Queen Elizabeth won’t be too upset, as she’s “pretty tolerant,” especially as Doria Ragland resides in the States. It could be a “useful time for the couple to restock, re-access and decide how they want to move forward,” especially with Prince Harry and Meghan’s recent comments on their unhappiness with the amount of pressure and scrutiny they’ve been under.

Prince William and Kate will be at Sandringham with their children for the holidays this year, at their Anmer Hall country home. They’re reportedly planning on a very full house, as Kate’s entire family is expected to join them. There is allegedly still tension between Prince Harry and Prince William, as a royal source told VF that “The feeling is that Harry and Meghan have rather alienated themselves from the rest of the family,” and if they do come for Christmas, “it might be a particularly frosty one.”

This would actually be the second time in the past few months that Prince Harry and Meghan opted out of royal family gatherings, as over the summer, they chose not to make the annual trip to Balmoral to see the Queen during her summer holiday. 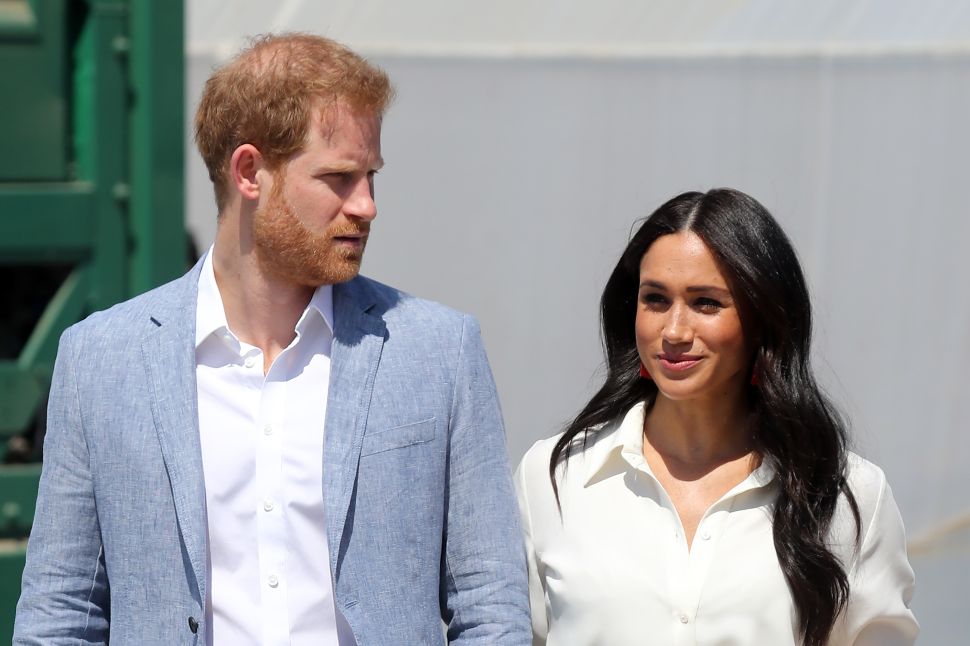