The Duke and Duchess of Sussex have just a few more days of royal engagements to complete before they take a break from official duties for a bit. Prince Harry and Meghan Markle will partake in Remembrance Day engagements beginning this Thursday through Sunday, but after that, they’ll be on a six-week break.

Prince Harry and Meghan won’t be holing up at Frogmore Cottage, as they’re taking Archie on a family getaway to the United States, where they’ll be spending the majority of their time off, according to Harper’s Bazaar.

It was previously thought that the Sussexes would be splitting the six-week break between the United States and the United Kingdom, but now it appears they’ll mostly be settling stateside. More specifically, they’ll be in California, where they’ll be celebrating Thanksgiving (Archie’s first!) with Meghan’s mom, Doria Ragland.

The Sussexes are reportedly been thinking about buying a second residence somewhere in California, and have had friends helping out and checking out houses in Malibu and Pasadena. Perhaps they’ll use some of their time on the West Coast to get a firsthand look at any homes they’ve been considering, and see how Archie acclimates. They could also make a few other stops while across the pond, including in New York or maybe a visit to Canada, where Meghan lived while filming Suits.

While Prince Harry and Meghan did take a few short family breaks this summer, including a trip to Ibiza and a visit to Elton John’s villa in Nice, they were working much of August and then headed off on a busy royal tour of southern Africa, so this six-week respite is a somewhat belated vacation, Harper’s Bazaar points out. The break comes at an opportune time, as Prince Harry and Meghan have both been vocal about how difficult they’ve found the past several months, with the intense public scrutiny and the British tabloid media—they’re currently pursuing legal action against Associated Newspapers.

Prince Harry and Meghan will have another reunion with the Duke and Duchess of Cambridge, Queen Elizabeth, Prince Charles and all the other royals before the New Year, though—they’ll all be at Sandringham for holiday celebrations in December. 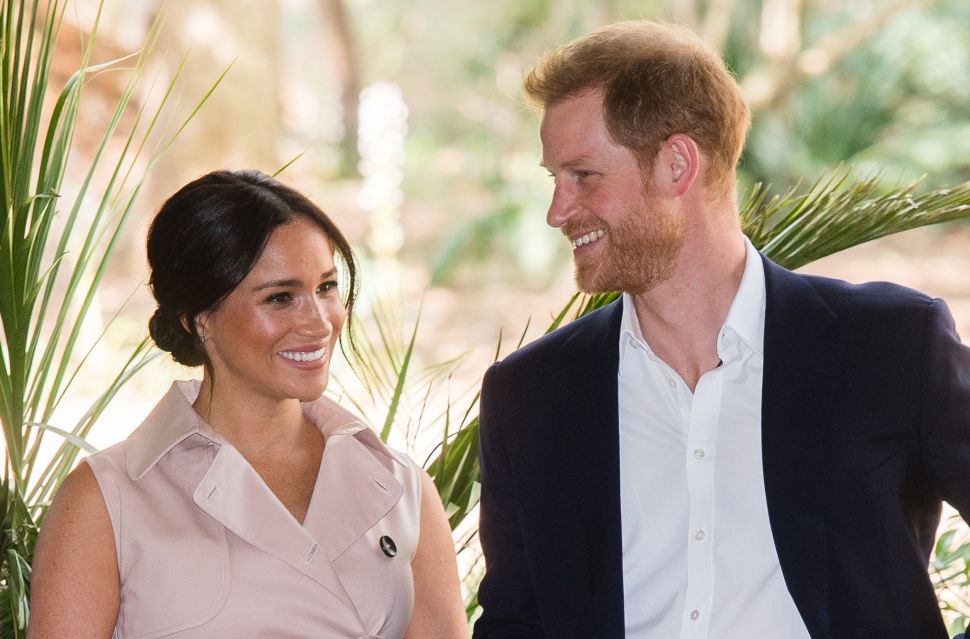