It has been less than a month since Prince William and Kate Middleton returned to the United Kingdom after completing a five-day royal tour of Pakistan, but there’s already another official overseas visit on the horizon. The Duke of Cambridge is going on a four-day tour to Kuwait and Oman from December 1 to December 4, but the Duchess of Cambridge isn’t joining him this time around.

Kensington Palace announced the trip in the Middle East earlier this week, but kept details to a minimum, as specifics will be released closer to the actual tour.

While many wondered why Kate isn’t accompanying Prince William to Kuwait and Oman, it’s not uncommon for the Duke of Cambridge to undertake official tours solo, and this isn’t the first time he’s gone on a visit sans Kate—last September, he went on a private work trip to Namibia, Tanzania and Kenya last September, when the Duchess of Cambridge was still on maternity leave.

Prince William will continue to go on solo royal tours in the future, especially as he prepares for his future role as Prince of Wales and eventually King. He’s following in Prince Charles’ footsteps with this visit, as his father toured Kuwait in February 2015 and Oman in November 2016.

Since Kate will be in London at Kensington Palace for the duration of the tour, the Cambridges don’t need to worry about finding any extra babysitters for Prince George, Princess Charlotte and Prince Louis.

Prince William and Kate do have a number of royal engagements together before the upcoming tour, though, as they’re attending a number of Remembrance Day ceremonies and events over the next few days, where they’ll be reunited with Prince Harry and Meghan Markle before the Sussexes head off on their six-week break. And, of course, Prince William will be back in time for the holidays, when the whole family heads to Sandringham to celebrate with the Queen. 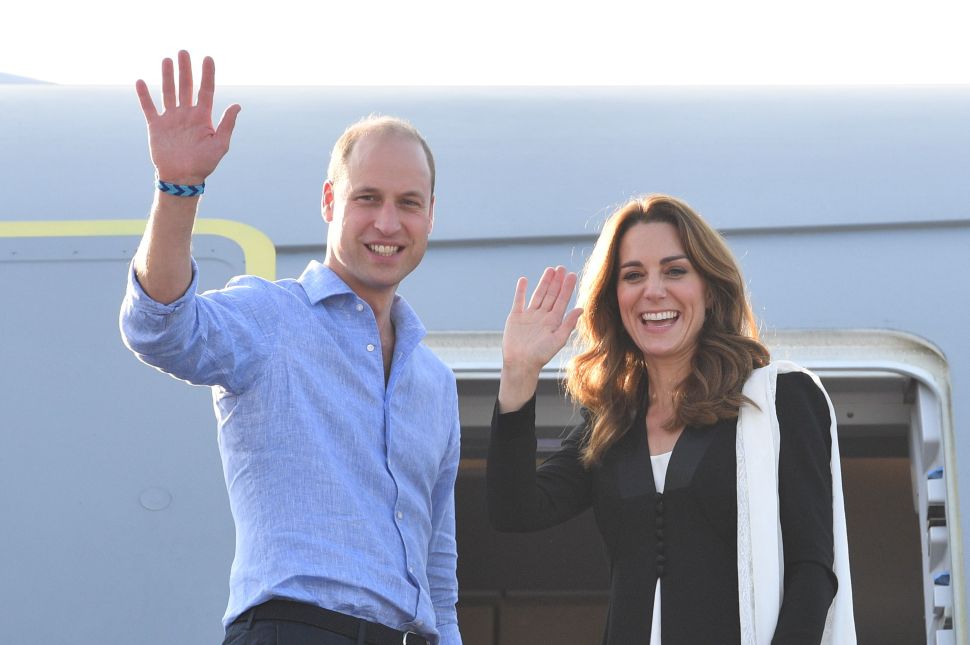