Everyone is on recession watch. There are so many eyes staring at our economic pot that, ironically, the pot may not come to boil anytime soon.

As monotonous as the chorus of prognostications has become, as a small business owner, investor, consumer and American, I appreciate the attention everyone is paying. Why? Because the amount of attention we’re paying may generate just enough vigilance to keep it from happening.

2008 shocked everyone, save a rare few from The Big Short. In the years leading up to 2008, most business leaders, economists and government officials weren’t exercising the kind of economic vigilance required to see the crisis coming. When it came, its magnitude and penetrance were so surprising, so destabilizing and so fraught with uncertainty that everyone (the government, businesses, consumers) was shocked. And as a result, the economy, as a whole, took a big hit, as everything required for commerce—from individuals to businesses, from supply to demand—cut back.

By contrast, a recession in the coming years would shock almost no one. Yes, some arguably vulnerable contentment seems to be set in based on, for example, CEO sentiment, but the data from week-to-week varies so much that a Google search for “a recession is coming” or “a recession is not coming” produce (surprise!) equal volumes of steadfast prognostications.

Many argue that recession-worry can become a self-fulfilling prophecy. One could also argue that a certain threshold level of worry boosts our “recession immunity.” Certainly, like death, a recession is coming, one day. Worrying to the point of paralysis about a recession (or death) is counter-productive, but a healthy level of vigilance, a level we may have right now, is absolutely healthy. (If I were a budding economics Ph.D. right now, I would be studying the correlation between worry about recession and likelihood/occurrence of recession.)

As you can see on the charts below from two indicators of consumer and retailer confidence—discounts requested by shoppers and discounts given by retailers—while subject to normal seasonal and other variations, both remain relatively stable over recent years, including the 2016 and 2018 elections and the incessant drumbeat of six years of contradictory economic headlines.

So, the answer, perhaps unsurprisingly, would be that everyone should plan to focus more on long-term sustainability than on short-term predictions about potential instability. That is, try to design the business plan itself to be sustainable through the inevitable recurrence of ups and downs in the economic and political landscape versus specific ups and downs.

For instance, some digital marketing agencies, thrive in “good” times when ad spending is growing, as well as when companies are trimming down and need to outsource their digital marketing to a more efficient source. Other consumer facing companies, base their models on things like negotiation to thrive, even when consumer or business confidence may be taking a hit.

To base business decisions on predictions of what will happen or when it will happen involves too much guesswork—arguably akin to market-timing in stock trading. Not unlike what I would imagine Warren Buffett might say: with a short-term outlook, you may get lucky from time to time, but you will also get unlucky likely more than half the time. Getting the basics right in a business model is challenging enough, so planning based on additional speculative externalities would be a lower priority (if one at all) compared to building a long-term strategy on a resilient model.

The recent actions and statements surrounding the Fed cuts suggest we’re still, perhaps tenuously, clinging to a Goldilocks set of economic conditions, at least here in the U.S. Not surprisingly, there are those clamoring for deeper cuts and those cautioning against them.

Similarly, there are those who believe our government’s current tack on tariffs is the right course, while others fear they are undermining the economy in objective and subjective ways.

2020: Is Uncertainty the Biggest Risk?

With impeachment inquiries and a new round of elections just past, one could argue that economic risks are mounting again; after all, anything could happen, and it is a market axiom that the market (and arguably those who drive the economy from both sides) hates uncertainty.

Fair enough. But the market and the economy have shown remarkable resilience to longer and shorter term shocks. By most measures, despite having to weather an extended recession, we’re better off than we were before the 2008 market crash. Furthermore, many people were generally surprised by the presidential election results in November 2016, with some predicting a market crash, yet the markets tanked for about eight hours, after hours—and then shot up.

Keep Watching the Pot [or Expecting the Unexpected]

Will there be potentially impactful surprises involving China, the impeachment process, the 2020 elections, Russia, North Korea or something else?

But for better or worse, in recent times (in fact, pretty much daily), we’ve come to expect a little more of—well—the unexpected, which arguably should make us at least a little more resilient. Combine that with the hyper-vigilance we’ve been discussing and you have at least a couple of factors that suggest that rather than a self-fulfilling prophecy of a nation of economic hypochondriacs, the recession-watch may actually serve as preventative medicine.

Stephen Culp an e-commerce veteran, is the CEO an co-founder of PriceWaiter—read his full bio here. 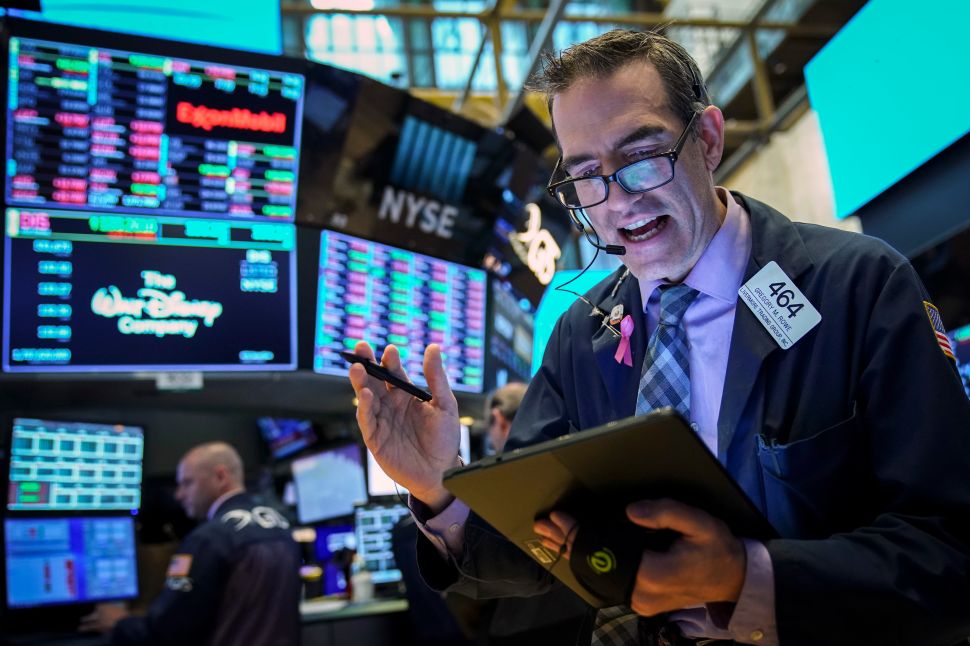