Do you know what movie star Ryan Reynolds did with his Deadpool money? He bought an ownership stake of the prepaid phone plan company Mint Mobile.

As TechCrunch recently reported, Reynolds now owns more than 25% of the company; a press release trumpeted that Reynolds is going to make drastic changes to the company, stating that he “will help with Mint’s communications and marketing efforts as well as strategic decision-making.” Mint Mobile focuses on inexpensive prepaid phone plans for low-income families.

“Celebrities generally invest in high-end products like skincare brands or delicious gin companies. Yet, Mint is making wireless way more affordable at a time when the average American is paying $65 a month,” Reynolds said in the press release. “I’m excited to champion a more practical approach to the most essential technology.”

“It’s fitting that the most disruptive wireless company is now owned by the most innovative marketer on the planet,” Mint CEO David Glickman added.

Does this seem like a weird move for a man who starred in National Lampoon’s Van Wilder? Not really. Celebrities seem to have a love affair with investing in tech, and Reynolds is just the latest to follow in the footsteps of other notable celebrities who have embraced Silicon Valley.

For over a decade, Kutcher has been both an angel investor and a founding partner—along with entertainment manager Guy Oseary and billionaire investor Ron Burkle—of A-Grade Investments. And their fund portfolio doesn’t slouch in the start-up department. A-Grade has invested in such little-known companies as Spotify, Uber, Shazam, Couple, Soundcloud, Muse and Airbnb. Judging by that roster, it seems to be working out for Kutcher and A-Grade Investments. A 2016 Forbes article stated that Kutcher and team turned $30 million into $250 million. Not bad for an actor who co-starred on the waning years of Two and a Half Men.

Justin Timberlake was once punk’d by Kutcher on MTV’s Punk’d, but the former ‘NSync member is definitely no longer crying. One of Timberlake’s most publicized tech moves was purchasing MySpace in 2011. I know what you’re thinking, why didn’t Timberlake purchase Friendster and Ask Jeeves as well? (Just wait for it.) Partnered with Specific Media, Timberlake paid $35 million to acquire MySpace with the purpose to rebrand the dinosaur social media site as a showcase for bands and musicians. Time Inc. ended up buying MySpace in 2016 for $87 million. Maybe Timberlake learned some lessons playing Sean Parker in the critically acclaimed 2010 film The Social Network?

New York City native Jay-Z is not only a music mogul but also a veteran investor. Jay-Z began his musical career in 1995, after founding the record label Roc-A-Fella Records. Last year, he launched a VC investment firm called Marcy Venture Partners and recently invested in the stock-trading app, Robinhood. So how has that worked out for Jay-Z? Robinhood has grown into a $1 billion company. Sharing the wealth with Jay-Z, hip-hop legends Nas and Snoop Dogg have also invested in the platform. In the past, Jay-Z has teamed up with the venture capital firm Sherpa Capital, which has invested in companies like Slack, Airbnb and Uber.

Probably one of the biggest deals made in tech for a music artist has got to be Dr. Dre and his contribution to the world via Beats headphones. Back in 2008, the man behind The Chronic was successful right out of the gates, turning Beats into $500 million enterprise, before the company was acquired by Apple for $3 billion. Dre now tops the list (right behind Jay-Z) as one of the richest people in hip-hop.

So, what can you learn from Dr. Dre, Ashton Kutcher, Justin Timberlake, Jay-Z and now Ryan Reyonlds? Yes, tech does pay—for celebrities who can afford to get in on the ground floor of a Silicon Valley darling startup. 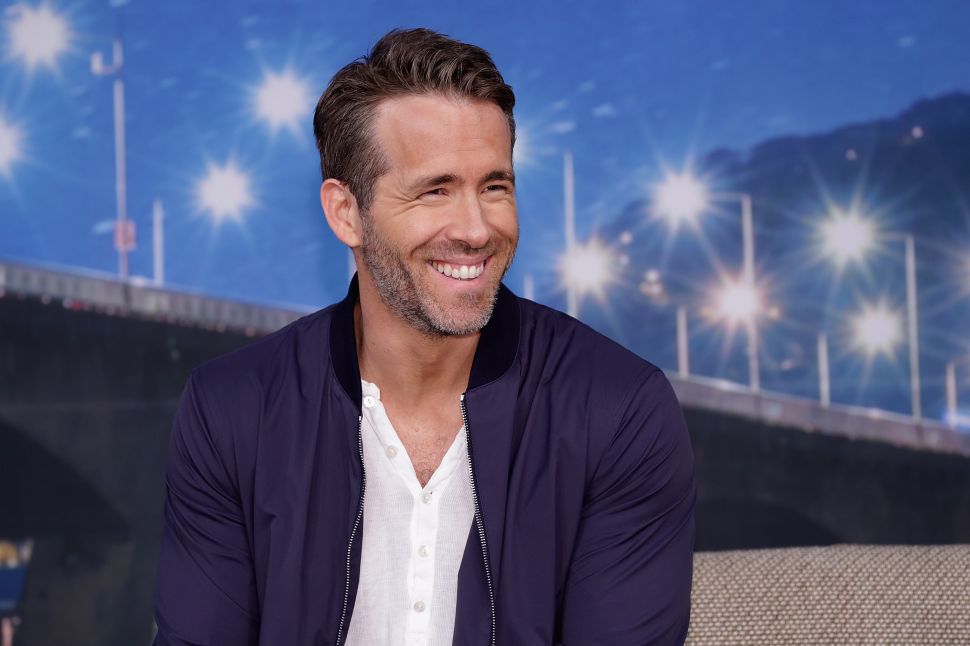