When actress, writer, humorist and outspoken mental health care advocate Carrie Fisher suffered a massive heart attack on December 23, 2017, succumbing four days later in an LA hospital to what the coroner reported as a result of “sleep apnea, heart disease and drug use,” she inspired a massive outpouring of love and grief from fellow celebrities and fans alike.

The Star Wars icon, whose unique brain launched thousands of brilliant bon mots during her 60 years, once quipped she wanted to be remembered as “drowned in moonlight, strangled by my own bra!” And while many remember her for such witticisms, she is also memorialized in Sheila Weller’s profoundly empathetic, just-released page-turner, Carrie Fisher: A Life on the Edge.

The biographer—whose earlier works include Girls Like Us, the much-lauded triple biography about Joni Mitchell, Carly Simon and Carole King—interviewed over 130 people for this latest work, capturing the private pathos behind Fisher’s voluble, sardonic public persona. Observer caught up with Weller during her whirlwind book tour.

Observer: While you never met Carrie, the similarities are eerie—you both grew up in what was then small-town Beverly Hills, and each lived  through a romantic scandal that tore your families apart. Can you explain?
Weller: My uncle owned the nightclub Ciro where the teenage starlet Debbie Reynolds, fresh from El Paso, charmed her way inside. My mother was a movie magazine editor. The two of us once went around the corner to Debbie and Eddie’s house to deliver an article for Debbie’s approval.

Another reason I was drawn to the Carrie story was my family had our own version of the Liz Taylor saga. A beautiful woman broke up a marriage. In our case, there was violence that made headlines. (Weller’s uncle tried to kill her father in a jealous rage) My mother attempted suicide and had electric shock therapy, which was amazingly effective…

As you know, that procedure is now called Electroconvulsive Therapy (ECT), which Carrie tried. You write about her being practically the first celebrity to be so forthcoming about her emotional battles, which helped a lot of people admit their own issues. Why do you think stars hold so much sway over people’s beliefs and actions?
They’re idolized, they get a lot of media space, some people have big fan crushes on celebrities. If these idols can come out with statements about their vulnerabilities, it’s normalizing. It becomes OK to seek help.

Right after Carrie went public with her illness, she was asked to be the cover story for a new magazine called BP for Bipolar. She said yes without knowing anything about the magazine. She would stop everything to talk to Star Wars fans who either had a condition or a relative who did… Carrie was a hero in destigmatizing mental illness.

How did your opinion of Carrie morph over the course of writing this book?
There was something so heroic about her being able to accomplish as much as she did given the challenges she faced. I talked to a number of women who have bipolar disorder, and doctors who are on the cutting edge of this disease. There are meds that work, and then stop working, and some that are wonder drugs for some sufferers that have a terrible effect on others—that happened in Carrie’s case. Some of her best friends felt the cocktail of meds she had to be on was one of the things that ended up killing her.

It’s hard to deal with a disorder that impacts your daily thinking and life in such an intense way. I discovered that underneath Carrie’s wit, generosity, charisma, self-deprecation, and penchant for giving a finger to those who made fun of her, there was a deeper pain she didn’t show to many people who considered her their best friend.

Your biography is honest that Carrie was not always the easiest person to be around. But it’s also a loving tribute to a complex, proudly imperfect, brilliantly witty woman. Why did her family recently come forward to disavow the book?
That made me very unhappy. I’m going to let them have their version of the story. I contacted their representatives and was turned down in a gracious way, and came back and nothing happened… So I just continued.

While her family didn’t participate in the book, you uncovered many intimate details. How did you get people to open up?
They were very protective of Carrie. Some people said, “Make it positive,” which I tried very hard to do. Many were smashed by her death. One person said, “I can’t believe she’s gone. She was the center of our world. No one brought us together like her…”

Ah, that was Richard Dreyfuss!
I didn’t go after Harrison Ford. I didn’t go after Meryl Streep. I didn’t go after people who didn’t want to talk. Other interviewers have more chutzpah than I do in that department. The upside of not having carte blanche to insiders is that you find people who had brief interactions with your subject and can tell you a lot. I talked to 8 to 10 people who knew Carrie during the year she spent at the Central School of Speech and Drama in London. I got a lot of her Beverly Hills childhood friends—Girl Scouts, Brownies, two of her acting coaches, editors who lived with her while she was writing her books…

What does taking such a deep dive into someone else’s life teach you about yourself?
You learn about your own vulnerabilities. You want your sources to like you, and you measure yourself—writers are shy and self-deprecating; that’s why we write instead of perform—against the iconic women you write about. You also learn something of your strength. If you engage your sources, that is great; you have good communication skills and a trust-worthy nature. You learn about your anxieties—about source-getting and deadlines and do editors like it?

If someone was going to write a biography about Sheila Weller, what major theme would it encapsulate?
I’d really rather talk about people I write about. But: She tried to write the truth and be empathetic.

Your book made me feel like I was in Carrie’s soul. I didn’t realize just how much she’d gone through, and that she’d nearly died several times.
One of her friends said, “She had lived her life. It was enough for her.” 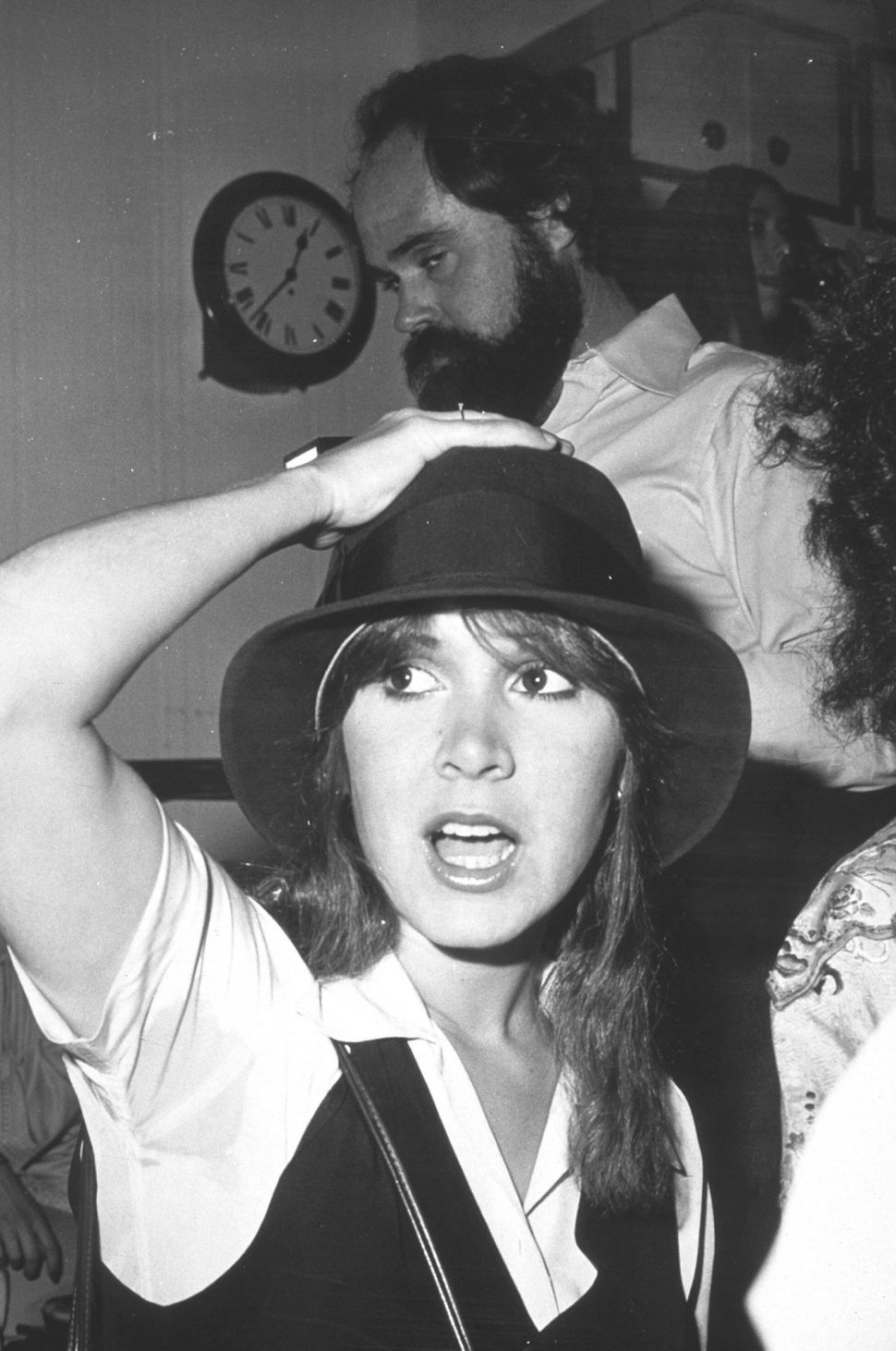