SoftBank’s Masayoshi Son admits that investing in WeWork was probably a bad bet.

During a press conference on Wednesday following the Japanese conglomerate’s latest earnings report release, the CEO told the audience, “My investment judgment was poor in many ways, and I am reflecting deeply on that.”

SoftBank, which recently took over as a majority owner of the We Company, recorded an $8.9 billion loss last quarter, which ran from July to September. While Uber’s struggling stock is also a factor in the losses, the company confirmed that its WeWork involvement amounted to $8.2 billion of the figure, the biggest debt in SoftBank’s history.

Son had pushed to back the We Company via SoftBank’s $100 billion Vision Fund since 2017, which he now says must be more cautious moving forward. With the second installment, dubbed Vision Fund 2, due to launch any day now, Son says the firm will also take IPO roll outs into consideration when funding emerging startups.

To date, SoftBank’s investments in WeWork have reportedly amounted to $18.5 billion before its managerial takeover in October. SoftBank now owns about an 80% stake in the real estate startup, following a buyout package for ousted We Co. CEO Adam Neumann.

Despite the remorseful tone, Son isn’t giving up on tech-related venture capital. “There’s no need for me to be so overcome with regret that I wither away,” he said during the event. “The vision remains the same.” 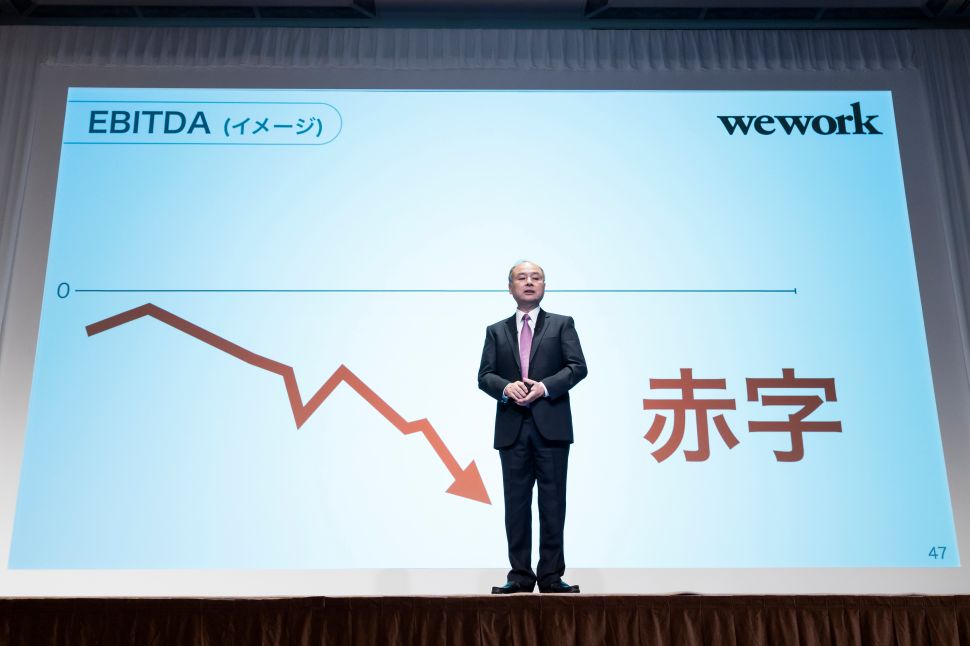